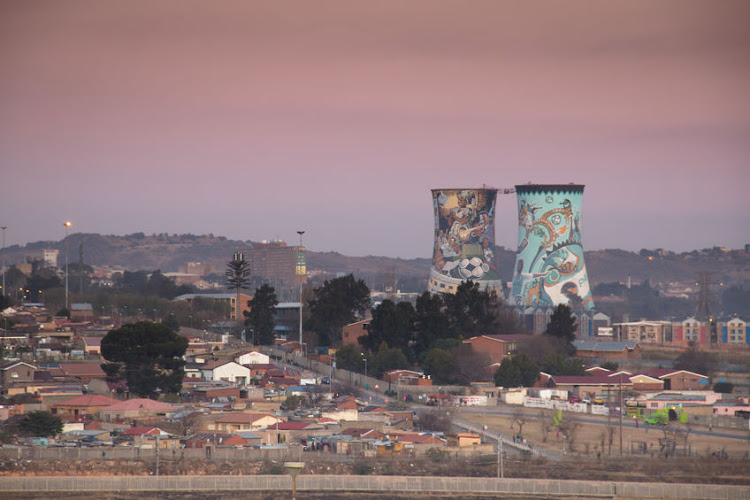 A view of the Orlando Towers in Soweto, Johannesburg. The writer explains why he advocates for public-private partnerships as a means to provide true redress. Picture: 123RF/NICOLAAS DE CORTE

On April 29 Gauteng premier David Makhura signed into law the Gauteng Township Economic Development Bill, which aims to engineer commercial rejuvenation and economic inclusion for various Gauteng townships and informal settlements. This legislation upends the current framework, which is anchored on the alienation of township economies from the mainstream formal economy.

The Gauteng Township Economic Development Act aggressively seeks to reform the status quo regarding development planning, refashion the developmental role of the provincial government and its organs of the state, provide a conducive environment for township economic renewal, and create a development finance agency to fund township entrepreneurship.

However, these lofty economic revival goals will remain a pipe dream if the stipulations of the Act are not integrated into the development policy framework of municipalities, hence this treatise proffering practical steps Johannesburg can implement to realise a better economic life for the city’s townships within the ambit of the Act. In fact, the Act specifically requires Gauteng municipal administrations and other provincial government agencies, as organs of state, to play a catalytic role in realising a better township economic life for all.

The common denominator of the various 20th and 21st century macroeconomic revival programmes, such as the Marshall Plan to rebuild post-second world war Europe, the Reconstruction & Development Programme to reconstruct post-1994 SA, and Deng Xiaoping’s China economic development model, is a concerted effort to inject liquidity into the market. Johannesburg should therefore adopt measures that promote the infusion of liquidity and cash receipts in the Gauteng township economy.

This is consistent with the financial and funding provisions of the Act: it creates a funding agency —  the Gauteng Township Economic Development Fund — which, among other initiatives, is intended to provide affordable and accessible lines of credit and loans to township-based enterprises. Notably, it makes use of the fund of funds model, whereby financial resources and assistance to township enterprises can be channelled through monies received by way of donations, gifts or grants made for the purpose of realising financial injections into the township economy.

While Johannesburg may not necessarily participate in the financial investment fund through direct cash transfers, the city can participate in the financial investment programme indirectly by adopting measures aimed at alleviating the financial burden on township-based businesses and active self-employed township dwellers involved in local commerce. These measures include forgiveness of municipal service debt; tax relief in the form of a drastic reduction in municipal rates; and a moratorium on municipal service terminations for township enterprises. Importantly, the city should prioritise paying township municipal service suppliers promptly, definitely within the 15 days stipulated by the annexures to the Act — unlike the current practice whereby suppliers are sometimes paid more than 100 days after delivering a service.

Such a municipal financial subsidy and indirect grants system alleviates financial pressure on fledgling businesses, incubates creative business ventures, especially during the formative stage when they are most vulnerable, creates and sustains employment, and ultimately builds township capital in the provincial economy.

The campaign to improve the township economy requires the application of daring yet prudential economic frameworks, especially in crafting the role of municipal government agencies. In this regard Johannesburg, as the immediate local government, should play the role of local economic development market maker. On the one hand it should stimulate supply in the township economy, and on the other promote demand for township economic output. Pointedly, both production and consumption are the cardinal tenets of the Act, and this approach bridges the supply-side and demand-side economic divide for the benefit of township commerce.

Practical measures the city should adopt to stimulate the supply side include generous issuances of municipal trading licences, reforming old order bylaws that have for years discouraged informal trading by imposing restrictive strictures around informal commerce, stopping municipal police officers from harassing street traders, converting unused municipal buildings located in townships into commercial business workshops, and by providing security to township business investments. Expanding economic infrastructure into the townships is the cornerstone of the Act and plays a necessary role in the development of sector township-based enterprises.

By alleviating supply side constraints the municipality could provide an enabling environment for township merchants to ramp up productivity and create jobs, thereby breaking the shackles that have for decades chained our townships to silos of underdevelopment and marginalisation from the rest of the mainstream economy. Government’s active participation in township economic activities has a crowding-in effect in that other market players will most likely follow suit, lured in by tax breaks and rebates, a reduced cost of doing business and a catchment market for production inputs.

On the demand side, Johannesburg should reform its procurement regime to promote smart partnerships with township enterprises in so far as procuring municipal goods and services is concerned. As things stand, township businesses are mostly estranged from government procurement owing to a litany of factors including alienation, technical barriers, elitism and the crowding-out effect. The proposed purposive procurement approach is anchored on a city-township proximity paradigm — a practical example of service to the people — and it will address constraints such as technical deficiencies, promote technological modernisation, and link production with consumption.

This is especially so for township co-operatives, township-based agribusinesses, manufacturers of every hue, medical suppliers, transport providers (yes, taxi operators), building constructors and retailers. It is the realisation of the cardinal object of the Act, namely to develop and administer certified demand-driven capacity building and entrepreneurship programmes for sector township-based enterprises.

Some critics are likely to poke holes in the township economic development treatise, labelling it a mere left-leaning sloganeering product, but that will be a misguided riposte. History is our teacher. Many thriving blue chip and publicly listed companies were once beneficiaries of the government marketmaker paradigm, including Tesla and SpaceX (both of which benefited from Barack Obama’s American Recovery and Reinvestment Act), Airbus (through the EU import substitution policy), Hyundai and Samsung (South Korea’s Chaebol policy), and Huawei (Deng Xiaoping’s market economy framework).

Whatever our ideological stripes, the diamond model of Harvard University’s foremost scholar of competitive economics, Michael Porter, holds that (local) government is a catalyst and challenger and should encourage and push entities to raise their aspirations and move to even higher levels of competitiveness. The role of the Johannesburg administration is to realise the fundamental aims of the Township Economic Development Act for the benefit of the citizens of the townships and informal settlements of the city.