The industry has been hit by a perfect storm of increased production, a major rise in farming input costs, and a decline in real export prices 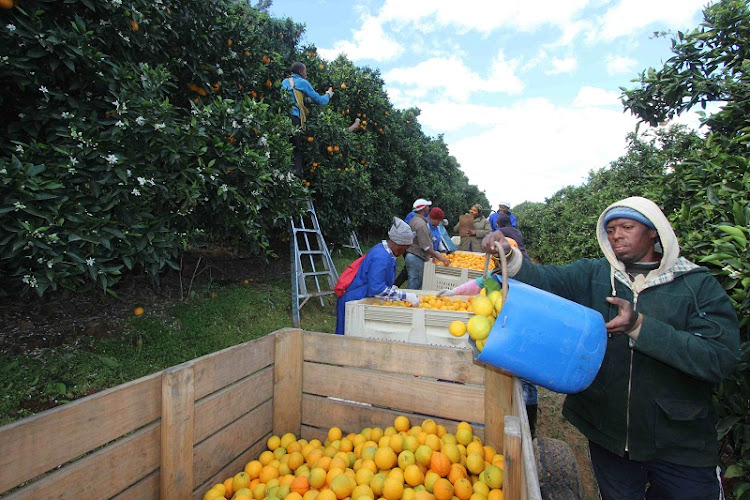 This year marks the 25th anniversary of the Citrus Growers Association of Southern Africa (CGA), which was established by growers in the wake of deregulation in 1997. Since then the association has contributed to the growth of a thriving local citrus industry that is recognised for its superior quality fruit, which is in high demand across the world.

Today the association represents 1,400 growers across SA, Zimbabwe and Eswatini, who collectively shipped 161-million cartons of fruit to global markets in 2021, sustaining 130,000 jobs and bringing in R25bn in export revenue annually.

The success of the industry is largely due to the billions of rand that growers have invested in research and development since a statutory levy was introduced in 2002. This has enabled the industry to maximise its long-term competitiveness, optimise the cost-effective production of quality fruit while promoting inclusivity and caring for the environment and the communities within which the sector operates.

With citrus production expected to grow by a further 500,000 tonnes over the next three to five years, one would expect the local industry to remain one of the few good news stories within the context of a struggling SA economy, resulting in more returns for growers, more jobs and export revenue. However, several serious challenges facing the sector, which have recently emerged, pose a major risk to its long-term survival over the next few years.

This situation has been highlighted by a CGA-commissioned study conducted by the Bureau for Food and Agricultural Policy (BFAP). The study shows that the industry has been hit by a perfect storm of increased production, a major rise in farming input costs, and a decline in real export prices, which is likely to remain for the next few years. This is further compounded by the major economic constraints that exist in SA, including ongoing fiscal pressure, persistent load-shedding, high unemployment rates and low levels of consumer and business confidence.

When it comes to the rising cost of production there have been exorbitant price hikes across a number of inputs. For example, fertiliser prices increased just over 56% between 2020 and 2021, due to tight supplies, rising raw material costs, increased demand, logistics constraints and high freight rates. These prices have been hiked even further over the past few months as a result of major fertiliser producer Russia’s invasion of Ukraine. This conflict has also placed further pressure on fuel supplies and costs, with soaring gas and fuel prices only expected to start declining towards 2023.

One of the biggest threats faced by local growers is lower freight volumes and a shortage of shipping containers while freight costs have soared, having increased 128% between the first quarter of 2020 and that of 2022. While the global vessel schedule reliability has started improving, reaching 35.9% in March, the global average delay for late vessel arrivals still remains over seven days, which affects the quality of SA citrus that reaches overseas markets.

These inefficiencies are exacerbated by continued operational issues at the country’s ports. While there have been some improvements as a result of financial and operational interventions driven by Transnet over recent months, at the Cape Town, Ngqura and Cape Town ports containers continue to run below full capacity.

This is reflected in the movement of Twenty Foot Equivalent Containers (TEUs) from SA’s most important fruit export ports over a 52-month period, from January 2018 to April 2022. The average monthly growth over this period is Durban -0.31%; Ngqura -0.64%; and Cape Town -0.33%. This despite the average annual growth rate for citrus exports between 2018 and 2021 standing at 4.5%, which has obviously increased the demand for containers and ports operating as efficiently as possible.

In the face of these challenges the BFAP study also predicts that there will be a decline in real prices across all citrus varietals from 2022 to 2030. So what does this mean for the local citrus industry and the 130,000 thousand jobs it sustains? The BFAP team created a simulation analysis that factors in these and other variables to determine what might happen to farm level profitability over the next 10 years across all citrus commodities and grower regions in SA.

Concerningly, the model reveals that within the next two to three years most local growers face the real threat of moving into a negative profit margin (before even considering interest on long terms loans and taxes), which will continue to worsen up to 2030. It is clear that the long-term survival of the industry and the 130,000 jobs it sustains is under severe threat if the status quo remains. For this reason it is critical that the sector and its key partners, including government, do what it can to alter this current trajectory and safeguard the long-term sustainability and profitability of the industry.

While soaring input costs that are being driven by global forces are out of the industry’s control, there are other steps growers could take that might help make the sector more resilient and ensure it remains profitable. This includes potentially reducing the volume of citrus produced by removing older orchards; erecting netting over orchards to improve pack out percentages; reducing production yields while increasing fruit sizes that are favoured for exports; and increasing yields to reduce the unit cost of production.

All of these scenarios have been put through the BFAP simulation analysis and show varied degrees of success when it comes to ensuring growers remain profitable over the next 10 years. These scenario options have been presented to the grower regions and are currently being considered as possible action steps at a farm level moving forward. Furthermore, when it comes to soaring freight costs the CGA is currently investigating the feasibility of collaborating with other fruit sectors to take control of their shipping to guarantee some price stability in the future. This research should be completed by September.

However, there are other factors crucial to the survival of the industry, most importantly Transnet continuing to improve the operational capacity and efficiency at the country’s ports and government working with the citrus sector to secure, maintain and retain as many market access opportunities as possible.

Key markets that offer major potential for expanded access and require particular attention during the coming season are the US, India, China, Japan, South Korea and the Philippines. This is the only way growers will be able to offset increasing input costs that are squeezing their profit margins, and for the industry to remain competitive and resilient enough to withstand and respond to events out of its control.

The CGA remains committed to continue working with government and other value chain partners role players to ensure not only that the industry survives over the short-term, but so that it remains the number one SA agricultural exporter 25 years from now.

• Chadwick is CEO of the Citrus Growers' Association of Southern Africa.

WANDILE SIHLOBO: Farmers look to the sky again to see what it will yield

The weather is foremost in the minds of those involved in farming, with warm and dry conditions needed for some crops and good rains for others
Opinion
2 weeks ago

Gauge remains well above the neutral 50-point mark, but Agbiz warns the positive situation shouldn’t be taken for granted
Economy
3 weeks ago

SA’s wine harvest delivers fine cultivars, but in some areas the glass is half-empty
News & Fox
3 weeks ago
Next Article