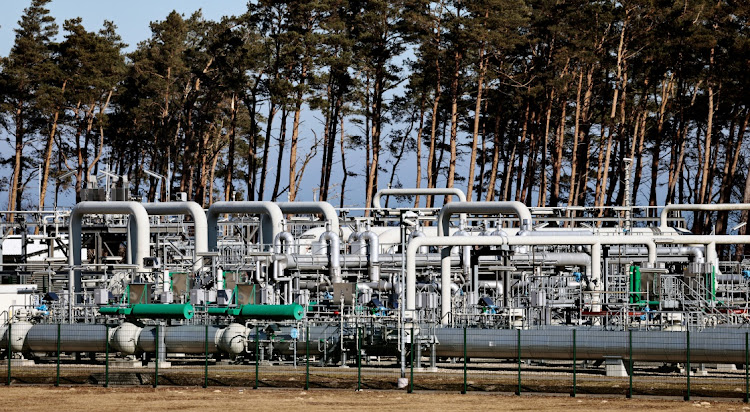 Pipes at the landfall facilities of the 'Nord Stream 1' gas pipeline are pictured in Lubmin, Germany, in this March 8 2022 file photo. Picture: REUTERS/HANNIBAL HANSCHKE

A radical change has taken place in recent months in the international debate concerning natural gas. As recently as November, gas was on its way to being banned, with many voices calling during the COP26 climate forum for a reduction of subsidies for gas production.

Three months later, in early February, the European  Commission enthroned gas, which emits half the greenhouse gases of coal and 30% less than oil, as a “transition energy”, and labelled it “green” for the purpose of gas-fired power plant investments under certain conditions.

Three weeks later, Russia invaded Ukraine, destabilising energy markets. With Russia providing 40% of the EU’s gas needs, the energy source found itself at the centre of diplomatic wrangling, fuelled by Moscow’s threats to shut off supply.

European countries reacted differently to the looming threat. While Germany experienced weeks of domestic political turmoil over its dependence on Russia, Italy was quicker to react, immediately looking south for an alternative to eastern gas. The Mediterranean nation, which received 45% of its gas from Russia, has already signed supply agreements with Algeria, Egypt, the Democratic Republic of Congo (DRC) and Angola in an attempt to reduce that dependency.

Gas financing, which became scarce in recent years, is suddenly finding its way back to Africa. Even before this reversal a study by the Norwegian firm Rystad Energy, published in February, estimated that the continent, whose coasts are rich in natural gas deposits, could see gas production double from 1.3-million to 2.7-million barrels of oil equivalent by 2030.

The European U-turn on gas holds great promise for Africa, but also serves as a reminder of the potential the continent holds in the process of energy transition and the fight against climate change. Its main advantage resides in mining resources like cobalt, copper, graphite, nickel, aluminium and lithium, which form the basic elements of a notably metal-hungry energy transition. 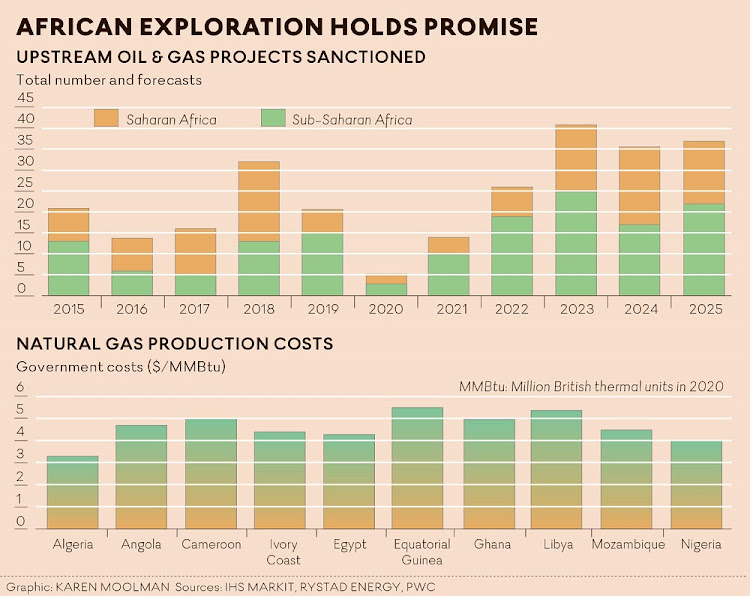 A solar power plant requires three times more metal than a gas turbine to produce one terawatt of electricity, while a wind farm uses four times more. From Guinea to Tanzania, Gabon, SA and Zambia, these “green” metals, which are also essential components in making batteries for electric vehicles, are present in abundance.

Then there is its potential for hydrogen production. Reasonable land costs, sunshine and proximity to Europe, with its growing demand, should in theory allow Africa to provide large-scale hydrogen production at a competitive price. There are already a dozen green hydrogen projects in development in countries such as Egypt, Namibia and Mauritania. Admittedly, hydrogen is still years away from becoming a profitable and sufficient energy vector, but it is a new window that is opening.

However, these new venues are not the “new paths to African prosperity” that organisations such as the Africa CEO Forum are calling for. While this promised windfall is good news at the end of a period that strongly affected the continent’s public finances, Africa must not repeat the mistakes of the past in betting its future on unprocessed resources. The global market for electric vehicles, particularly hungry for cobalt, could reach more than $1.3-trillion by 2030, just under a third of the GDP of Africa as a whole in 2021.

African governments and economic leaders must seize the opportunity of this emerging industry and consider the best strategy to capture part of this added value on African soil. While ambitious, such a plan is far from being impossible.

According to the UN Economic Commission for Africa (Uneca), producing batteries in the DRC would cost 30% less than in the US and 20% less than in China. SA and Morocco have already embarked on the production of electric vehicles. According to various estimates, Africa will need more than 2-million trucks to make the African Continental Free Trade Area effective. “Why wouldn’t these trucks be electric trucks produced in Africa,” Uneca secretary-general Vera Songwe wondered aloud recently.

Similarly, the strong comeback of African gas in global politics must serve the electrification of the continent. African leaders can now ensure this local dimension exists in gas projects; rather than committing to projects that ignore the socioeconomic effects, international financiers could grant preferential conditions to more virtuous ambitions.

Finally, Africa must defend its interests and make its voice heard to fight against the establishment in Europe and the US of new tariff barriers in the name of the environment. These protectionist strategies, which are seen by some in Brussels and Washington as easy ways to clear the Western conscience, only serve to hamper the investment capacity of African companies and make the transition even more difficult.

In these battles the development of infrastructure essential to the emergence of regional markets of sufficient size will be key. Resolute and continuous political leadership will also be essential. In a recent development on this front the DRC and Zambia signed a co-operation agreement in April that seeks to facilitate the development of the value chain of electric batteries on their soil.

This global green transition is a multifaceted, generational opportunity for Africa, a historic chance. Its mineral, gas, renewable energy, green hydrogen and forest heritage resources must contribute to the industrial transformation the continent has not yet successfully achieved. The process should continue to accelerate, driven in part by the increased accessibility of cutting-edge technological breakthroughs available throughout the world.

COP27 will take place in November in Cairo and presents itself as a perfect opportunity for the continent to move forward in this direction, and help reconcile energy transition and economic transformation. It is up to the continent, particularly its pan-African investors and national champions, to strike a delicate balance: making green transformation a source of growth and industrial transformation, and making its deposits the source of local and regional development.

After two years of a pandemic that has unsettled economies globally, and while a raging war in Europe has brought economic sovereignty back to centre stage, Africa's ambition to create new paths to prosperity is strong.

• Ben Yahmed is president of the Africa CEO Forum.

Despite a policy reversal, the governing coalition in Berlin pledges to honour the bloc’s goal of a complete exit from coal by 2030
News
6 days ago