Imports provide sufficient competition to force local chicken producers to keep their prices in check, and they also offer protection against shortages during times of poultry diseases, as is the case every year 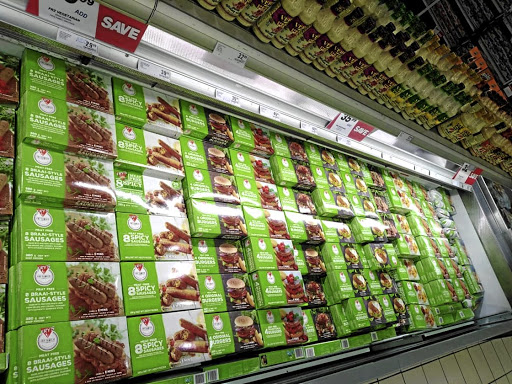 President Cyril Ramaphosa noted recently in his weekly letter to the nation how steep food price increases have affected consumers’ quality of life, and that while rising costs affect everyone, low-income households are feeling this the most. Ramaphosa also said the government is doing everything it can to protect South Africans from unsustainable cost-of-living increases. That is evident in its suspension of the fuel levy for a further two months, to August.

In April, when we saw that food prices would become problematic, the Association of Meat Importers & Exporters asked the government to consider removing tariffs on imported products, place a three-year moratorium on new tariffs, and remove VAT from chicken. We weren’t asking for a complete removal of tariffs indefinitely, just long enough to help the economy and consumers at this time of inflationary peril.

Nothing came of it. Once more, we are asking the government to put its citizens first. As the president said, SA is not alone in the fight against food inflation. It is a challenge for governments and consumers the world over.  Some governments have understood that extraordinary times call for extraordinary measures, and are either lowering or removing tariffs on imported products as a way of curbing food inflation.

US president Joe Biden announced in May that his government is considering removing tariffs on a host of goods to temper inflation; as part of its effort to combat food price rises Mexico published a decree in May that suspended import duties on poultry, pork and beef until the end of the year.    At the end of May South Korea announced that it would lift tariffs on food imports,  and just last week the Philippines announced that it would reduce import tariffs on rice, corn, pork and coal in its bid to tame inflation. These countries’ primary goal is to ensure that essential food items are available and within the financial reach of their consumers.

Yet SA is doing the reverse, by tightening and expanding trade protection duties that ultimately serve only a handful of dominant local chicken producers. Bone-in chicken pieces already carry an import tariff of 62%. Why is this material to consumers? As trade economist Donald MacKay of XA International Trade Advisors always says: “When tariffs, which are essentially another tax, are applied on chicken products, what naturally follows is that local producers increase their pricing to meet the raised import price.”

Government needs to seriously consider what is more important at this perilous time: protecting its citizens against inflation and their inability to afford food, or protecting a handful of chicken producers against imports that constitute, according to SA Revenue Service figures, just 9.4% of total consumption?

Chicken is a vital component of the national food basket because it is the most affordable source of protein. But the price has risen every year for the past decade, and according to the Pietermaritzburg Economic Justice & Dignity Group’s May Household Affordability Index, frozen chicken piece prices increased by 16% in May compared with a year ago.

What is more concerning is that of the 17 food items that are prioritised and bought first, chicken is virtually the only source of protein in this basket of goods bar sugar beans, which contain seven times less protein than chicken.  Alarming, too, is that of the 17 products the increase in the price of chicken was third highest at 16%, after cooking oil, which increased by 52% and potatoes (22%).

The president has asked corporate SA to ensure that consumers don’t pay more for food than they have to, and he welcomed the contribution from food manufacturers and retailers, which have committed to measures to help consumers get more for their money.

Given the importance of chicken, it is imperative that its rising cost is contained, especially for the 13.8-million people in our country who live below the food poverty line. What is also clear is that government cannot count on the commitments from local poultry producers.

During the negotiations for the Poultry Master Plan, local producers made a commitment to trade, industry & competition minister Ebrahim Patel that they wouldn’t raise their prices. But they did. Of course, they’ve cited higher feed prices, the effects of the pandemic and the war in Ukraine, and blamed municipalities for lack of services. Some of these reasons are valid, but the numbers don’t lie: in May Astral, one of the country’s largest producers, posted a set of impressive financial results with headline earnings per share rising by 138%.

Imports of chicken account for 9.4% of total local consumption — excluding mechanically deboned meat, which SA does not produce but which is critical to the production of processed meat products. This is hardly material competition for local producers, but imports are vital to the country and consumers. They provide sufficient competition to force local chicken producers to keep their prices in check, and they also provide protection against SA’s inability to meet poultry consumption demands when the country experiences outbreaks of poultry diseases, as we do every year.

Competition is essential, because without it there is nothing stopping local producers from constantly increasing the prices that SA consumers pay at the tills.

• Matthew is CEO of the SA Association of Meat Importers & Exporters.

Forecast is for headline rate to touch 6% in May as food and petrol prices climbed, says FNB
Economy
1 week ago

Farmers stopped buying when prices shot up, but they have dropped now
News
1 week ago
Next Article