Many are calling for the general fuel levy to be scrapped, which will shave close to R4 off the price of a litre of fuel 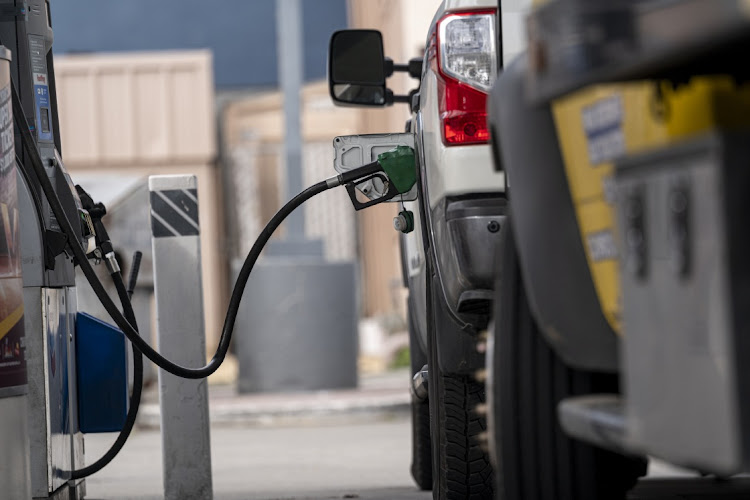 In 2020, Rod Crompton of the African Energy Leadership Centre at Wits Business School, and other authors, wrote a working paper, “Petrol price regulation in SA: is it meeting its intended objectives?” They noted that “… the BFP [basic fuel price] has not been regularly reviewed as global markets have shifted. There is some evidence to suggest that it does not yield a true import parity price (IPP).”

That IPP is the cost SA pays to import fuel into the country, and if the BFP (the basic cost of fuel before taxes and associated costs are included) does not accurately reflect the IPP, there is cause for concern. Crompton and his colleagues further noted that “longer-term comparisons between the BFP and actual import data, together with various other models, are needed to reveal if the BFP is accurately reflecting a true IPP”.

Such a review of SA’s fuel price is essential, and long overdue. It must also be conducted against the backdrop of serious governance challenges facing the country, especially as they relate to the fuel price. Discussing solutions to mitigate rising fuel costs cannot occur in a vacuum without the contextualisation of corruption and revenue distribution. 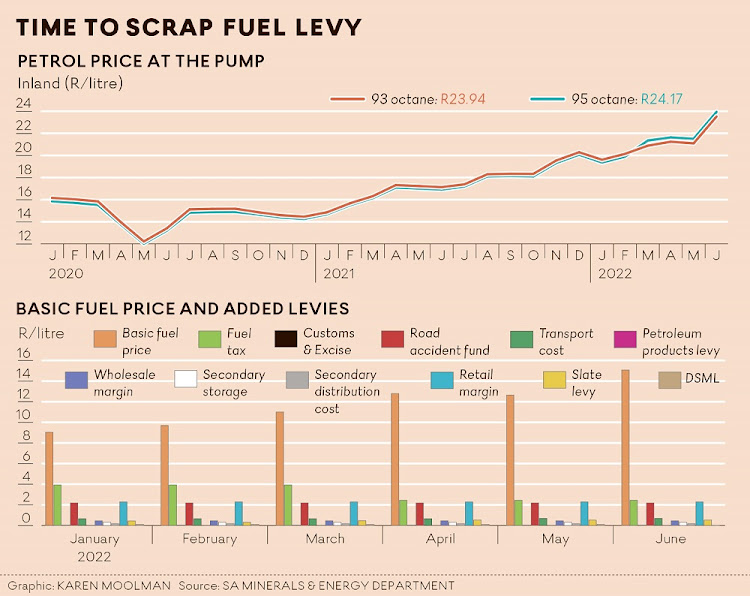 In our submission to the parliamentary portfolio committee on mineral resources & energy in 2021, we noted that citizens justifiably question the spending of revenue generated from the two main taxes on fuel. Not including the recent concessions by the government, the two main taxes contribute R6.11 to each litre of petrol: R3.93 goes to the General Fuel Levy (GFL) and R2.18 to the Road Accident Fund (RAF) levy. The GFL on diesel is lower by 14c/l.

The government generates about R90bn annually from the GFL, and in an environment where corruption and the misappropriation of funds impedes the government’s ability to adequately provide services to citizens, how the state allocates revenue raises serious concerns. There are growing and vigorous calls for the GFL to be scrapped, which will shave close to R4 off the price of a litre of fuel. But is this the best way forward?

Scrapping the GFL may be counterproductive inasmuch as the government, loath to part with such a significant income stream, may simply find other mechanisms to replace these lost revenues. Such alternatives will result in higher taxes elsewhere, or the introduction of new taxes, thus increasing cost-of-living expenses in other ways. Discussions on dealing effectively with corruption and the state’s allocation of funds in relation to the GFL are therefore critical; would a citizenry that sees public money working for it take issue with paying these taxes?

The RAF levy is problematic for several reasons. The fund has been mismanaged and is in financial ruin. Private sector intervention in this institution is necessary and non-negotiable. But the bigger question, which is sadly not asked often enough, is why we have such an overreliance on the RAF in the first place. By its own account, the government pegs the cost of road crashes to our economy at about R193bn a year.

Why then did the country’s lead agency responsible for road safety, the Road Traffic Management Corporation, have a surplus of nearly R262m in its 2020/2021 financial year? Surely in a country with one of the highest per capita road fatality rates in the world, this money should have been spent on road safety campaigns? When last did you see one of those? And do children receive any comprehensive road safety education in school? Our overreliance on the RAF — and continued taxation through fuel for the RAF — is a direct result of our country’s inability to curb road crashes and deaths.

Apart from reducing our overreliance on the RAF, better funding models should be considered. One such model could involve ring-fencing (note, not increasing) a part of the fee for renewing vehicle licence discs, which could increase exponentially depending on the number of fines the driver accrues and/or on the number of crashes the driver is involved in. Another could be ring-fencing an amount from the GFL for this purpose. Reducing the need to compensate victims of crashes must be the priority, which can only be achieved through effective road safety.

Running parallel to this must be the realignment of government expenditure to those services that require it, and tighter control of state-owned entities (SOEs). Two examples stand out. First, the high remuneration of executives and wasteful expenditure at underperforming SOEs is neither morally correct nor financially prudent.

The other is the allocation of funds for those services that don’t serve the needs of the majority of citizens. There are many examples. One is the estimated R60bn paid to SAA over the past decade; another is the continued payment of the “patronage guarantee” to the Bombela Concession Company for operating the Gautrain. Since 2013, Bombela has received just over R12.7bn from the Gauteng government as compensation for low ridership levels on its service.

Consider too that only 16% of the country’s 257 municipalities received unqualified audits. This means 84% of our municipalities are operated with insufficient governance, a catastrophic collapse of the core infrastructure of government, especially at that level of governance closest to citizens. Taxpayers are footing this bill, and it all circles back to the fiscus, which among other sources receives R90bn through the GFL.

Debates in parliament on the fuel price will yield political rhetoric, but we believe a thorough review of the fuel price by experts who interrogate the appropriateness of its components, and the correctness of its calculations, along with dealing more effectively with the disbursement of government funds, is the only way forward in dealing effectively and decisively with the country’s rising fuel costs.

• Groenewald is CEO of the Automobile Association of SA.