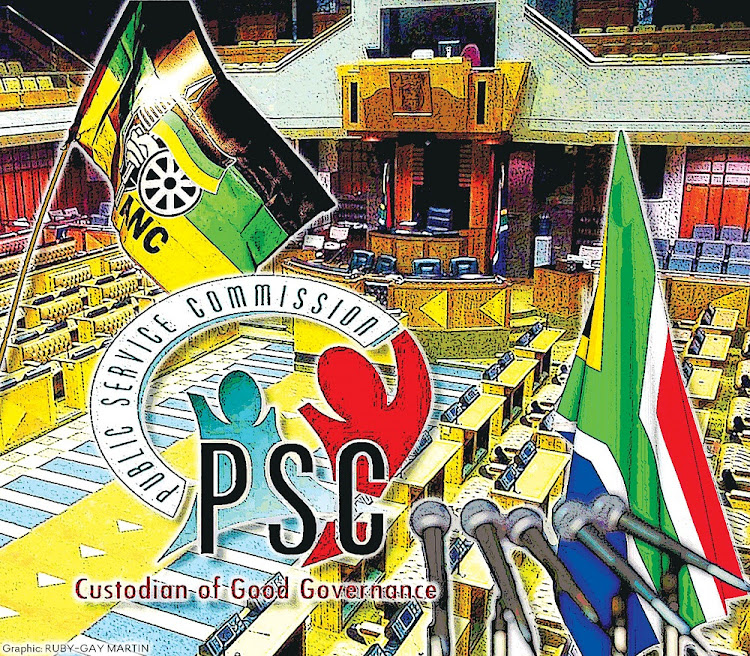 There is consensus about the need to build a more professional public service in SA. This is encapsulated in the National Implementation Framework towards the Professionalisation of the Public Service, President Cyril Ramaphosa’s signature public service reform initiative.

Yet this stands in marked contrast to the president’s defence of the ANC’s deployment practices in his testimony at the Zondo state capture commission.

There is a widely held view that extensive politicisation exists in SA’s public service. This refers to the appointment of public servants based largely, if not entirely, on their support of and services to a political party, instead of objective criteria such as their ability to perform the job.

Paradoxically, SA does not permit, with any legal clarity, “political appointments” in the public service. The closest thing to a “politicisation” clause in the constitution is section 195(4), which speaks of the appointment in public administration of a number of people on policy considerations not being precluded. This ambiguous wording is reminiscent of the equally opaque nature of deployment practices in the ANC.

One possible reason behind the inconsistency between de facto politicisation and a vague legal acceptance of political appointments is that the ANC’s policy of deployment would be overly restricted by establishing legal clarity around the parameters for deploying its partisans into the public service.

Reserving positions in the public service as political appointments is practised in many countries, but usually accounts for only a small percentage of clearly defined senior positions, and coincides with strict adherence to merit criteria for the much larger number of remaining positions.

The failure to set clear parameters for allowing political appointments in SA may have inadvertently allowed parties such as the ANC free reign to politicise the appointment of more posts through murky internal party processes governed by deployment committees.

There is value in what the National Implementation Framework is trying to achieve; to put in place incentives and create mechanisms to foster a distinctive professional identity for public servants. But the document does not address the politicisation problem head-on, save for advocating a more direct role for the Public Service Commission, an independent constitutional body, with external experts, to evaluate candidates for senior posts.

The framework is silent on party political deployment because it is a government document authored by state functionaries who have traditionally avoided such controversies. The document acknowledges political “interference”, speaks of “insulating” public servants and creating a “depoliticised” and “non-partisan” public service, all of which are integral to the professionalisation initiative.

However, is it necessary to build a more professional public service by aspiring to laudable yet probably unrealistic goals, given that our current public service legislation and constitutional provisions generally accord with these aims but have failed to prevent creeping politicisation?

Is it feasible to aim for a fully non-partisan public service, and can a system that allows for some openly political appointments in the public service be compatible with the goal of professionalisation?

I believe it can, as an incremental step in a process of building a culture of professionalism in the bureaucracy. This will allow all political parties clear but bounded space to install their partisans in the public service to champion and steer policy initiatives. However, this must be accompanied with many caveats, including legal clarity on the permissibility, conditions and restrictions associated with political appointments.

I would propose that the current positions of ministerial special advisers and deputy ministers be collapsed into a new combined category of political appointees, under the single designation of “policy advisers”. The purpose and value-add of deputy ministers has long been criticised; and even those who are relatively well informed about politics and government would be hard-pressed to explain what special advisers contribute to the running of a department.

A new echelon of ministerial policy advisers to be appointed at the discretion of parties must also be subject to competence vetting by an independent body like the Public Service Commission, as is proposed for senior public servants.

A new category of policy advisers can help shift the conversation about political appointments from obscure patronage-driven appointments to clear and independently vetted agents of policy oversight. These actors can serve as crucial intermediaries between ministers and their party’s policy manifestos, and the informational and organisational resources of public servants.

Despite long-standing criticisms about the melding of party and state, the ANC is unlikely to abandon its policy of deployment, even amid a legal challenge by the DA. Incorporating clear but delimited space for parties to make discretionary political appointments might force the ANC to engage in honest, critical introspection about its deployment policy.

The aim would be to sharpen the distinction between enabling it to exercise more effective policy oversight over the public service, which any political party should enjoy in a democracy, and preventing deployment from being used as a tool to build personal alliances and fortunes, and prosecute factional battles in the party and state.

The former is compatible with professionalisation. The latter is not.

• Naidoo is associate professor of public policy & administration at the University of Cape Town.

Failed policies, victimhood, guilt and entitlement has enabled the elite to feast while the majority starve
Opinion
1 week ago

Most municipalities are financially unsustainable and their service delivery dysfunctional, threatening the entire country’s economic growth prospects
Opinion
2 weeks ago