Failed policies, victimhood, guilt and entitlement has enabled the elite to feast while the majority starve 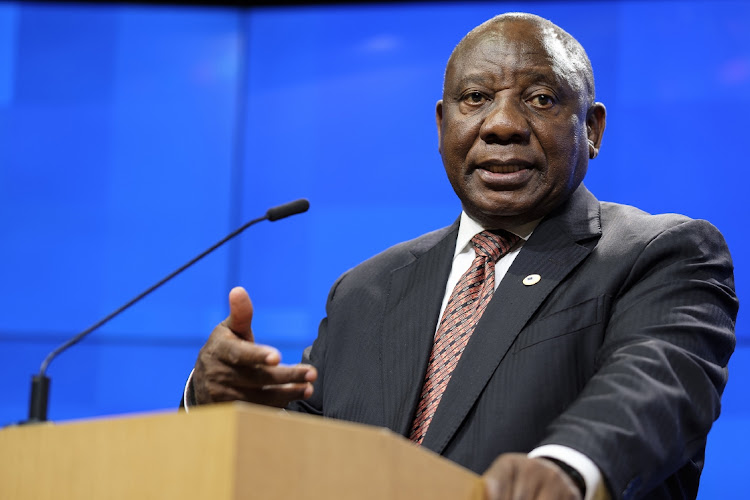 Returning from Cape Town recently I bumped into an old acquaintance — a lefty white woman friend and her black male companion whom I had known when I served as a councillor in Ekurhuleni. He, as erstwhile city manager of the Ekurhuleni metro council, had been accused of mismanaging funds of up to R15bn.

My acquaintance implored me, as an opposition politician, to “come together with the good people in the ANC”, to help save the country. She was referring to President Cyril Ramaphosa and his posse of people in parliament and the ANC, who despite the president’s appalling recent lapse of judgment involving his alleged concealment of $4m of cash sales, and his failure to report the theft of the same, with the use of state assets to recover — by unorthodox means — the stolen cash, she viewed as someone worthy of her faith.

When I pointed out that it wasn’t simply the malfeasance, venality and ineptitude that raised alarm bells in my head, but the failed statist policies, the cadre deployment and the preferential procurement practices that made any such “kumbaya” a precarious proposition, it was as if I had missed the point — despite the hypocrisy — because the bigger thieves and more radical proponents of “radical economic transformation” were the real threat.

This reminded me of why I left the Left, and the ANC left me, many years ago as it put its toe into the muddy waters of the notorious arms deal. As activist and author Terry Crawford Browne has said, “to people in SA and millions around the world who supported the struggle against apartheid, it is incomprehensible that the ANC government’s first major decision was to buy warships and warplanes, when there is no conceivable foreign military threat and when the real threat to the consolidation of democracy is poverty. Instead of houses schools and clinics being built, instead of money to tackle Aids, SA bought submarines”.

That was the beginning of my disillusionment with the organisation my parents were aligned to in the course of their struggle for freedom in our country — a noble struggle that involved many across the political spectrum in SA. Before this the collective opposition to the status quo, including the Liberal Party, Progressive Party, Pan Africanist Congress, Unity Movement, IFP, SA Indian Congress, SA Communist Party and United Democratic Front (of the 1980s), was never substantially in question until 1994. Then a new dispensation was being forged and the various parties began to contest for a share of the votes that would provide them with the wherewithal to govern and stamp their Weltanschauung on society.

The result of that contestation gave the ANC a clear and unfettered run of 28 years to deliver the country to the edge of a moral, financial and operational abyss. If not addressed this will set us on the road to ruin that has characterised a number of postcolonial societies on this continent and elsewhere.

Yet still, many — like my fellow traveller on the aircraft from Cape Town — refuse to see the proverbial wood for the trees. Mired in a blind hypocrisy, they excuse — in variegated degree —  the transgressions of the good, the bad and the ugly in the ANC, and live in the vain hope that the future is salvageable if only we take a schottische step consisting of two sidesteps to the left and right, followed by a turn in four steps — to goodness knows where.

It’s a malaise that has plagued a Left that is unwilling to see that the failed policies, victimhood, guilt, the entitlement and more has only enabled another elite to eat while the majority literally starve — as borne out by The Children’s Institute at the University of Cape Town, in its SA Child Gauge 2020 review, which highlighted the severe circumstances and rights violation of children. SA has a “double burden of malnutrition”.

More than one in four children (27%) under the age of five in SA is stunted, and in stark contrast one in eight is overweight. Severe acute malnutrition is one of the three leading causes of child deaths, and the number of stunted and overweight children is increasing.

So where to from here now that the scene is set for the battle of the sullied soul of the ANC? By all accounts it won’t have enough momentum to persuade voters that the logos, thymos and eros (the rational, spirited and appetitive parts thereof) that constitute the party’s essence to be trusted with another five years.

If Ramaphosa survives his Nkandla moment and, in his quest to cement unity in his fractured party spearheads the 2024 elections only to be driven below 50%, how will it all play out? Will the RET faction combine with the EFF (and counter-intuitively, perhaps ActionSA) to accelerate the rape of the country, or will the Ramaphosa faction be forced to make common cause with opposition parties to reset the dial?

As Harold Wilson memorably said, a week is a long time in politics, and given that we have about 100 weeks to play out, your guess is as good as mine. When British prime minister Harold Macmillan was asked what he believed was the greatest challenge for a statesman, he replied: “Events, dear boy, events”. The same is true for most leaders and organisations. Events happen. It’s going to be a fascinating ride.