It should not be the case of one or the other, but rather patent and then publish 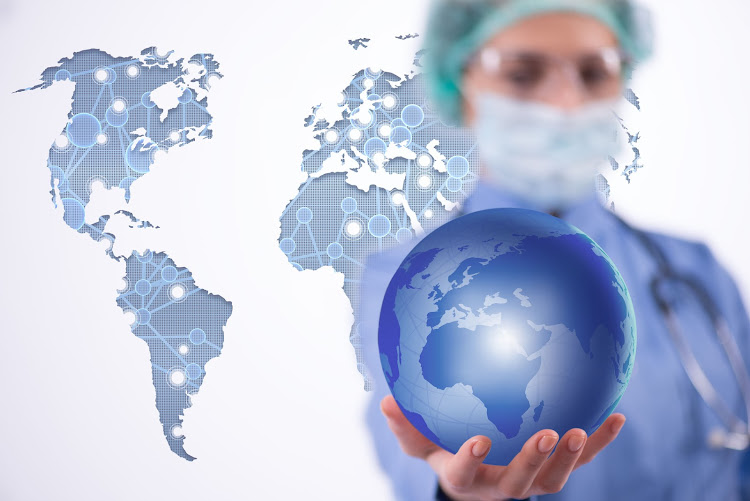 The pursuit of research and the subsequent sharing of knowledge gained through research is a culture common among institutes of higher education. It is a culture that has endured from the inception of the Nalanda University, the earliest known university, founded in the fifth century. Knowledge-sharing allows for others to build upon what is already known, and in turn facilitates continuous innovation and sustainable development in research.

While the dissemination of knowledge can take many forms, modern academia favours peer-reviewed publications as it can provide a measure of one’s academic talent and institutional prestige. One such measure of academic talent is the National Research Foundation (NRF) rating system, which confers ratings upon academics based on their research output and impact. As a general rule, the higher your ratings, the better your chances of receiving funding and career growth.

Another means for the dissemination of knowledge, and more particularly technical knowledge, are patents. In fact, the patent system was developed to encourage the dissemination of technical knowledge by rewarding the sharer with an exclusive right to exclude others from exploiting the knowledge for a period of 20 years. As you can imagine, such a right can have substantial economic benefit should the sharer exploit the knowledge themselves or licence the right to someone else.

Technical knowledge, in terms of patents, is an invention, and the sharer of knowledge is an inventor or someone who has acquired the rights in and to the invention. For an invention to be patentable it must be new, non-obvious to others skilled in that field of research, and applicable to industry. A few examples of such inventions include a process, a compound, a pharmaceutical composition, a transgenic organism, a method of extraction, an apparatus or a method of manufacture.

A discovery is not an invention, so patents are seldom realised from blue sky research. That being said, it does not mean a discovery cannot lead to an invention. For an invention to be new it should not be publicly disclosed before filing an application for a patent. Public disclosure can be in many forms, such as a presentation at a conference, a conference abstract, a journal publication or even a poster.

Why should a researcher consider acquiring a patent?

The principal source of research funds in SA is government. This is known as public funding. Public funding is primarily managed, co-ordinated and distributed by the NRF. To ensure the people of SA benefit from publicly funded research and to acknowledge and reward human ingenuity and creativity, the Intellectual Property Rights from Publicly Financed Research & Development Act of 2008 (IPR Act) was promulgated.

In terms of the IPR Act, institutes have an obligation to identify, protect, manage and commercialise intellectual property (IP) arising from publicly-funded research via their Technology Transfer Offices (TTOs). IP includes patents. The obligation placed upon institutes is shared by its researchers. In terms of the IPR Act, a researcher is obligated to notify their respective TTO of any IP identified within 90 days, or such longer period as may be prescribed before disclosing it.

In meeting your obligations to disclose potential IP to your TTO, and possibly realising the grant of a patent for an invention, the researcher can benefit in several ways, the most notable being that patents can contribute towards a researcher’s NRF rating given that a patent can be considered as primary research output. In addition, the filing of a patent application does not preclude the researcher from publishing their technical knowledge once the patent application is filed.

Second, the researcher is publicly recognised as the inventor of an invention. Third, though the institute is the proprietor of the patent, researchers named as inventors in a patent are awarded, in their personal capacity, a share in at least 20% of royalties gained from the commercialisation of the patent.

What should you do if you identify patentable matter during your research?

The golden rule is to ensure the secrecy of the identified patentable matter. If you disclose it, it is not new and therefore not patentable. If there is a need to discuss the invention with people other than your co-inventors and your TTO, then consideration should be given to obtaining a non-disclosure agreement.

Before approaching your TTO it is advisable to gather sufficient information or knowledge about the potential invention. This will assist the TTO to assess the viability of the invention for both patentability and commercialisation. The TTO will require the names of all people involved in the creation of the patentable matter to establish complete inventorship. Establishing complete inventorship is critical for all patents since incomplete inventorship can be a ground for the revocation of a patent.

As it is common practice in academia to continue researching a field of study, improvements to the original invention may be realised. Such improvement may not be protected by the original patent. To protect improvements, information or knowledge regarding the improvements should, again, be kept secret at least until you approach your TTO. Your TTO will then consider the best way forward to protect the improvements.

Knowledge-sharing by peer-reviewed publications has been institutionalised for decades. However, patents also provide an excellent means to achieve the dissemination of knowledge and are increasingly being recognised as valuable research output. Additionally, institute-owned patents provide the people of SA with preferential access to opportunities arising from the creation of knowledge gained from publicly funded research & development.

BRIAN KANTOR: With outsourcing, less can well be more

BRIAN KANTOR: With outsourcing, less can well be more