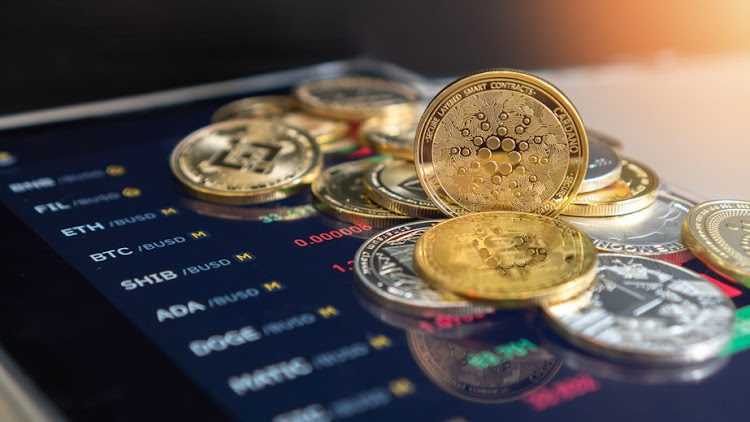 Nearly every investor has been through a nail-biting few months — stocks across the board have seen significant sell-offs.

It doesn’t matter whether you’re invested in equities, currencies, property or crypto. Almost all major indices have been affected. All indications are that this volatility will go on as rumblings about a global growth downturn persist.

Now, more than ever before, it is vital for every investor to consider two things. Are these assets affected because the fundamentals and profit potential do not match its price? Or are they affected by contagion while still representing a solid investment? At a time when we’re bombarded with so many choices and new investment paradigms, we need to ask: are the fundamentals right, or is this just fluff?

The cryptocurrency market is no exception. It has not been immune to wild ups and downs. Even stalwart leaders such as bitcoin and ethereum are affected. But these currencies have precedent and performance that suggests they are in the middle of another price innovation cycle. Markets, including crypto, are cyclical after all. If we look back just a few years to Web 2.0’s evolution for takeaways, it’s easy to see that investors who swore off technology and the internet after the dot-com disaster missed out on the decade’s finest opportunities: cloud computing, social networks, online video streaming, cellphones and more.

Today’s Web 3.0 investors looking to forge their futures can be forgiven for not having a clear read on what this evolution’s success stories will be, especially after the collapse of Terraform’s algorithm-based stablecoin, UST, in early May. As with any investment, when the asset is so innovative and new these sorts of crashes have an immediate, mostly negative effect in the short term.

Web 3.0 assets as an entire class are reconsidered, debated, debased and even dismissed with the same brush as highly speculative. But this is not a fair assessment. Such an all-or-nothing response to isolated failures will cripple any semblance of sanity and value creation in the longer term.

As with traditional investments, the fundamentals of the investment still matter in Web 3.0. There is enormous scope for it to solve problems and provide significant value opportunities. Many Web 3.0 products actually do this.

Ethereum is a Web 3.0 open source project that is offering innovation to solve real problems. Ethereum represents more than a cryptocurrency. It has a cryptocurrency, ether, but is also a highly functional blockchain that earns its value by solving real problems. Ethereum infrastructure, for example, uses smart contracts on its blockchain to provide solutions to significant real-world problems.

But there are still cases when an investment appears too good to be true. And, as with traditional investments, they most often are. They also quickly create the perception that the entire industry or asset class is characterised by unscrupulous cowboy traders. But investors would do well to go back to basics when making a sound assessment: is this asset solving a real-world problem, or offering value of some kind, and is it doing so in a prudent way?

When assessing stablecoins, for example, it is more evident than ever that a responsible level of collateralisation (akin to holding a significant enough reserve ratio in traditional banking) is a vital component to assess in looking at the prudence of an offer.

Stablecoins have been popular because banking is not solved. Demand for decentralised finance (DeFi) and digital dollars rose dramatically in the past few years, even after accounting for the recent downturn. The most recent Global Findex report from the World Bank showed that more than 1.7-billion people did not have bank accounts in 2017. While this number shrank over time, it is still clear that there is an enormous unserved market for online and decentralised banking, especially in developing countries. This shows there is inherent utility in DeFi, but it must be matched by prudence.

Going forward, climate change will be central to the problems Web 3.0 must help solve. Momint is revamping carbon credits by making these important units of account transparent and traceable on blockchains through verifiable nonfungible tokens.

In our human quest to know as much as we can about as much as possible, we would be wise to remember that the evolution of Web 3.0 is in its infancy. Crypto adoption is trending in line with internet adoption rates circa 1998. If we learn anything from Web 2.0’s path it is that there will be cyclical downturns. Investors who looked for great fundamentals over the long term — including utility and sound basics — largely did well, specifically after the dot-com bubble burst.

There is an opportunity to be a part of the next evolution right now. An investor (which in Web 3.0 means anyone with a smartphone) who takes an uninformed risk may get lucky or get burnt. But those who take time to learn and understand the fundamentals — leveraging expertise, skills and due diligence rather than betting one’s life savings on the market — can thrive in this market.

• Ahren is the CEO of Momint, a ground-breaking SA-born Web 3.0 business.

Values have taken a beating lately, and some have crashed so hard they have blinked out of existence
Opinion
2 months ago

Cryptocurrencies are more efficient, but online theft or a faulty algorithm are big fears
Opinion
2 months ago

Bitcoin, which was worth $30,332 on Monday, fell to its lowest levels since December 2020 earlier in May
World
2 months ago
Next Article

WATCH: Will the crypto market bounce back?

NEWS FROM THE FUTURE: Hypervolatility is the new normal

WATCH: Will the crypto market bounce back?

NEWS FROM THE FUTURE: Hypervolatility is the new normal