MIKE SETTAS: Kabane’s rebuke points to how the government bars the poor from medical aid 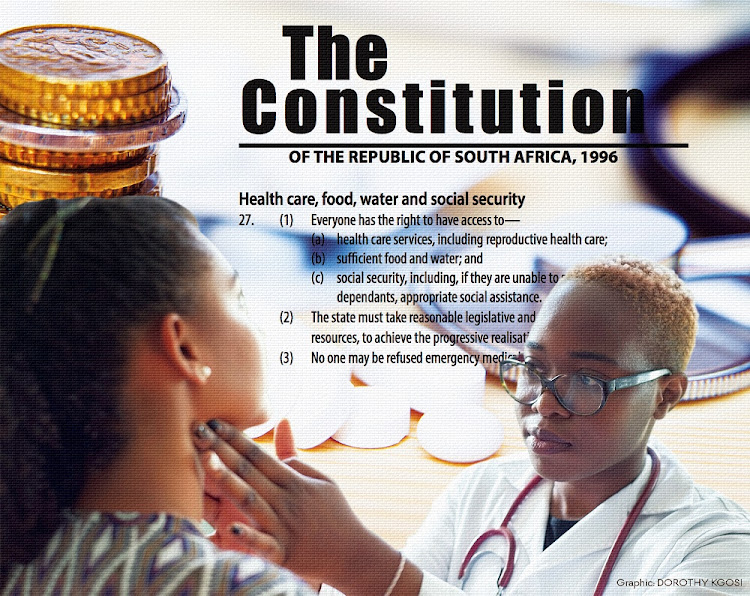 The recent presentation at the Board of Healthcare Funders’ annual conference by Christoff Raath, joint CEO of Insight Actuaries, should garner wide support from the private health-care industry. Raath quite rightly lamented the incredibly slow pace and prevarication by the Council for Medical Schemes in developing lower-cost medical scheme options that could introduce millions more members to the private health sector.

The registrar of medical schemes, Sipho Kabane, has rebuked Raath for his comments in a press release, calling them a publicity stunt, and then threatened punitive action against him. It appears what especially irked was Raath’s mention of widely believed speculation in the industry that Kabane is under instruction from the ANC to prevent the introduction of these new products, called low-cost benefit options (LCBO), to ensure broader support for the party’s highly contentious National Health Insurance (NHI) proposal.

However, this is nothing new — there is much evidence of political interference in this lengthy saga. Even before Kabane’s watch the LCBO framework was approved by the Council for Medical Schemes in September 2015 — only to be abruptly withdrawn the next month, apparently on the instruction of then health minister Aaron Motsoaledi. It was just two months before Motsoaledi released the 2015 NHI white paper. Apparently, having the private sector deliver a viable low-cost product at the same time as trying to sell the unworkable NHI was politically untenable.

This was an odd decision, since the essence of the regulations was to “demarcate” allowable health insurance products from medical schemes. Why not just create the sixth product category? Equally questionable was that the Council for Medical Schemes now had to rehash the whole LCBO process, after it had been completed and approved by it in 2015.

Yet, from April 2017 these low-cost health insurance products were technically illegal and the Council for Medical Schemes was compelled to issue a temporary two-year exemption, under what was termed the Exemption Framework. Once the existing products were exempted the council decreed that no new insurers could apply for exemption, thereby closing the market to new entrants.

In early 2019 the council extended the exemption until March 2021 and issued a paper, “Discussion Document — Development of Low-Cost Benefit Options within the Medical Schemes Industry”. The document covered numerous technical aspects of delivering LCBO products and invited stakeholders to submit comment. There seemed to be at least some progress towards implementation.

However, in December 2019 a bomb was dropped — the now infamous Council for Medical Schemes Circular 80. In a complete turnaround, by the stroke of a pen Kabane decreed that by March 31 2021 the Exemption Framework would cease and all existing low-cost health insurance products would need to be wound up. In the opening paragraph of Circular 80, Kabane wrote: “The [Council for Medical Schemes] provides influential strategic advice and support for the development and implementation of strategic health policy, including support to the National Health Insurance (NHI) development process. The NHI is a key priority in the national health policy objective and its bill was introduced to parliament on August 8 2019.”

Due to this ruling all low-cost health products were gone — the existing insurance types and the future LCBO medical scheme versions. However, as it is no big secret that the council is aligning itself with the government’s NHI proposals, not only recently but even earlier in 2015, Kabane’s reaction to Raath’s recent comments seems misplaced. Raath has not raised anything new or even contentious by questioning why LCBO is not happening.

What may be different now, is that unlike in 2015 when LCBO was canned, an industry storm erupted over Circular 80 — Kabane faced heavy criticism and during an open session held by the council in January 2020 several stakeholders did not mince their words in voicing their displeasure. Many stakeholders submitted appeals to the Council for Medical Schemes Appeal Board.

Though industry sentiment did result in a reversal by the council, with the establishment of two committees in February 2020 to redevelop LCBO, Circular 80 has still not officially been withdrawn and no certainty has been provided by the council about a date of implementation.

The reality is that the existing low-cost insurance products could easily have been included as a sixth allowable product type under the demarcation regulations as far back as April 2017. This would have provided much-needed regulatory certainty for the past five years that would have resulted in providers and insurers committing capital to grow the sector.

In fact, there is no reason not to have LCBO within medical schemes and allow insurers to compete in this sector. The demarcation regulations copied the ground rules from the Medical Schemes Act, so health insurers and medical schemes operate under the same regulation. However, neither sector will commit capital or resources to this market unless there is regulatory certainty.

The reality is that the government wants neither sector to implement solutions because its overtly ideological — and wholly unworkable — NHI proposal overrides them. This has prevented the private sector from expanding and lower income-citizens from being able to access health-care services, which must surely be a failure by the government to uphold the imperatives contained in Section 27 of the constitution.

Council for Medical Schemes says it is investigating the actuary who accused it of stalling development of cheap options aimed at low-income ...
National
1 month ago

Medical schemes regulator to ‘examine’ conduct of critic of its low-cost ...

Medical schemes regulator to ‘examine’ conduct of critic of its low-cost ...