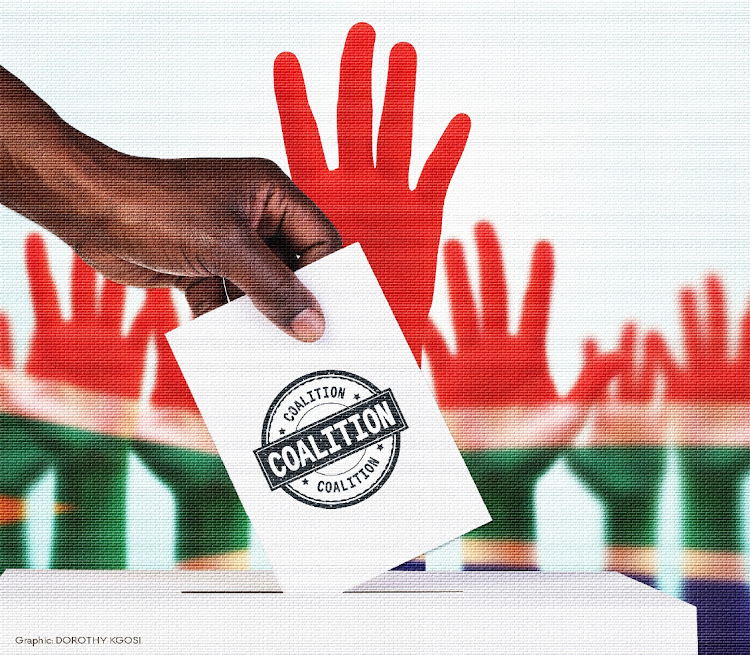 I have recently been party to research into perceptions of politics and political parties in SA. Representative groups of ANC and opposition voters as well as registered non-voters were separately interviewed to glean their views. The research was conducted as part of an exercise to understand how the dramatic swings in SA’s most recent election results might evolve.

From once commanding almost 70% of the national vote (in the 2004 election) the ANC recorded 57% in 2019. What that might herald can be read in comparisons between the 2016 and 2021 local government elections. In 2016 the ANC and the EFF collectively secured just less than 56% of the urban vote, a figure that fell to just more than 44% in 2021. Their joint rural and urban tally fell from just more than 62% to just over 56%.

If a national election were held now, the ANC is likely to get just less than 50% and the ANC/EFF collective just under 60%. The reason for this retreat is that ANC support has always tracked economic growth given the close tie between growth and living standards. As growth slipped after 2008, previously strong job creation numbers stagnated, fiscal constraints braked welfare and service delivery rollout, living standards deteriorated, violent protest levels rose (by nearly 500%), and confidence in the party slipped across all its constituencies, but especially among younger, better educated and employed voters.

There is reason to believe that in the aftermath of a national electoral defeat ANC support may quickly collapse to levels as low as 20%-30% of a national vote. The reasons for this include the following:

Some analysts think that in the aftermath of an ANC defeat an EFF/ANC alliance would govern SA for several election cycles to come. This is plausible, but not probable for a number of reasons, including EFF reluctance to wed its fortunes to the collapsing ANC. Space limits exploring the additional reasons here.

Rather, the probability as I see the trends aligning is that SA’s political situation is evolving to resemble a hybrid between the current Knesset and Bundestag make-ups that followed the 2021 elections in Israel and Germany.

In Germany six parties (it would be more but for a threshold cap) made it into the Bundestag, of which the largest commands just more than 200 of the more than 700 seats. A coalition government was formed between three parties bridging somewhat of an ideological divide, which is also the case in Israel.

SA’s government may within a decade resemble a similar structure — a marked reversal from the position of much of the past 400 years, in which single particularly influential political participants (though not always political parties) have had the ability to shape policy direction within the borders of the modern SA state.

Such a structure is likely to win much public support. It was found in the perceptions research that the idea of parties working together elicits strong positive emotions from registered voters. This was striking given that the country’s politics otherwise triggered mostly negative emotions (the “idea” of Ramaphosa and recollection of the era of Thabo Mbeki were the chief exceptions).

Bickering among opposition parties generated exceptionally strong negative emotions, implying that parties that find it impossible to work constructively within coalitions may find themselves banished to the country’s political periphery.

Under such a coalition structure SA’s reform prospects will improve. National coalitions should gravitate towards broadly workable economic policies given that popular sentiment in SA is exceptionally moderate and pragmatic, while the longevity of a coalition government would hinge — as has been the case for that of the ANC — on its ability to deliver high levels of economic growth-fuelled job creation and social assistance.

Radical populism in SA remains a political fringe phenomenon, an insight that helps explain why the ANC’s flirtations with populism have failed to lift its flagging fortunes.

Additional benefits of coalition government include that malfeasant political actors could quickly be expelled (state capture would likely not have proceeded apace under this structure), no single dominant party could force a destructive ideology onto the country, a plethora of more diverse parties will better express unique community interests in the national legislature, thereby aiding social cohesion and raising turnout differentials in favour of coalition partners, while entry into politics will be easier for new start-ups, which will keep incumbents on their toes. There are others, but the point is that the advantages regarding a reform agenda are considerable.

The comments on the prospects of the ANC relate only to the party under its current systems, institutions and structures. A structurally altered and then relaunched ANC could earn an influential place at a future reform table. Space limits exploring the fuller details; suffice to say that “the ANC is dead, long live the ANC” remains an outlier scenario in support of the coalition thesis.

Regrettably, my recent experience is that many firms, diplomats, analysts and observers do not understand the political situation as it is evolving. They despair that hope is dying and that the reform window is closing when, on the contrary, the trends suggest that a new window is beginning to open.

• Cronje directs advisory firm Frans Cronje Private Clients and is a director of the Social Research Foundation, which commissioned the opinion research.

TOM EATON: Nothing left but cold, hard truth for undead ruin of ANC

Mmamoloko Kubayi admits the party will not meet its National Development Plan goals by 2030, writes Tom Eaton
Opinion
2 months ago

JONNY STEINBERG: The post-ANC era has begun, and it has horrors in store for us

JUSTICE MALALA: Boksburg chaos gives us a glimpse of how the ANC behaves after ...

JUSTICE MALALA: Boksburg chaos gives us a glimpse of how the ANC behaves after ...