STUART HAYWARD: Bitcoin is the antidote to inequality caused by printing money 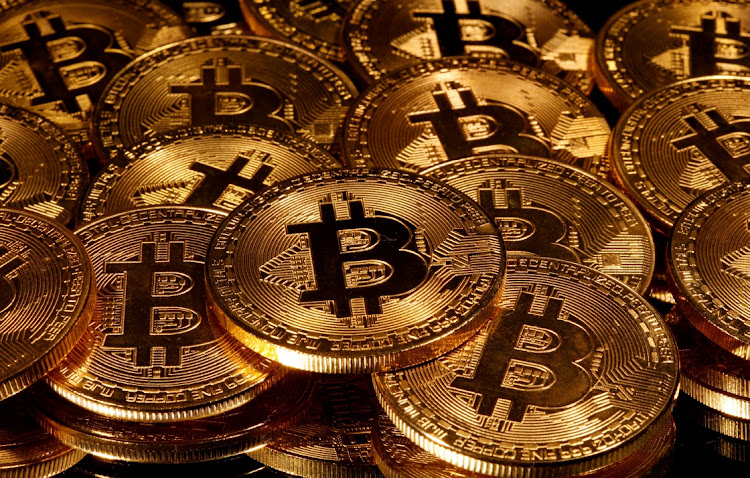 Bitcoin is a profound lesson in money. It has taught me a great deal more than three years of economics at university did. There is no better example than the recent 50 basis point increase in the repo rate.

The SA Reserve Bank justified its decision to hike by citing a worrying trend of inflation due to rising oil and food prices, making it appear as if inflation is rampant purely because of external factors that are not of its making. This is absurd considering that the Bank has increased SA’s M2 rand money supply by 20% since April 2020. This is the chief cause of rocketing prices.

Rising international oil prices are not within the control of the Bank and do play an obvious external role in inflation, but don’t be deceived by this excuse. Printing money necessarily devalues the rand both locally and internationally; there is no cogent external forces explanation.

Consider that SA imports the overwhelming bulk of if its crude oil and that its refineries must buy dollars with rands to pay for it. All things being equal, had the Covid-19 money-printing rand devaluation not taken place, rising dollar oil prices today would have caused less of a rand price spike. It doesn’t matter that the Ukraine war increased the dollar price of crude; money printing leaves importers worse off than if our money supply had not been inflated.

Rand debasement is an easy way for the government to rob citizens of wealth and spend money it doesn’t have, by pilfering stored wealth from savings — an invisible tax. It harms the poor and middle class most, as it is they who save in rands and own few assets. Rubbing salt into the wounds is the Bank’s reaction to the inflation that it has chiefly caused: upping the repo rate. 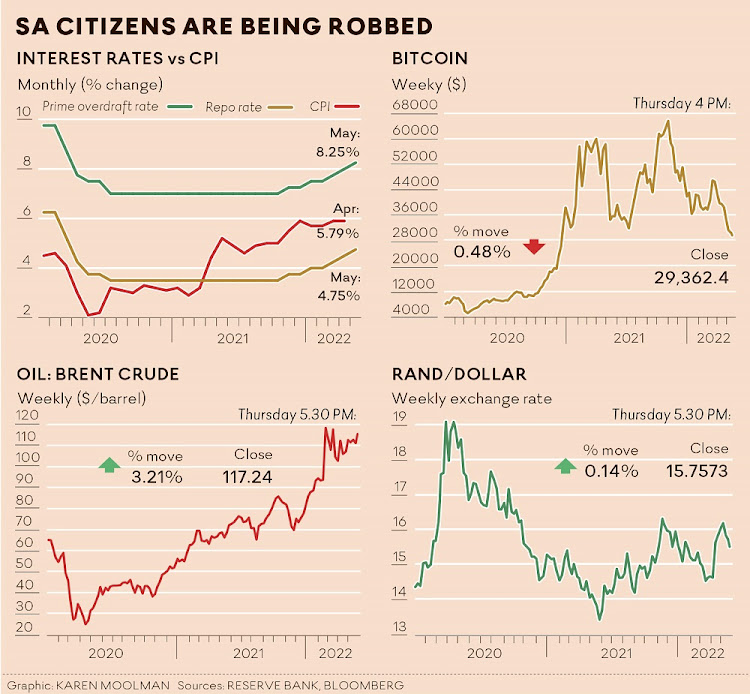 Repo rates determine retail banks’ prime lending rates. Credit becomes more expensive when the prime rate climbs, slowing economic growth. This is a double kick in the teeth because it is harder for the poor and middle class to seek refuge from inflation in assets, because credit becomes that much more expensive.

I find it particularly galling that the Bank has portrayed itself as our saviour from inflation, when it is the chief cause of it. It ironically pursues an inflation targeting mandate. It is preposterous that the chief destructor of the value of the rand has a constitutional mandate to “protect the value of the currency”.

Most economists don’t question this absurdity due to university conditioning where they become disciples of Keynesian economics money printing and central bank necessity. They know no other way.

Enter bitcoin, a fully decentralised digital currency that is taking the world by storm. Bitcoin adoption as legal tender reduces inequality by doing away with central bank market manipulation. For the first time in history mankind has a global currency that is scarce, stores value and cannot be manipulated by greedy, corrupt, rent-seeking politicians. It is not controlled by anyone or anything but unhackable computer code.

There will only be 21-million bitcoin. Ever. That’s it. There are currently about 19-million in circulation. Up until the year 2140 another 2-million will be mined — that makes for an inflation rate of about 1.7% per annum at present, and this will drop every year until 2140, by which time there will be no inflation at all. Earn bitcoin as opposed to rands and your time/labour is stored, not stolen by a central bank through fiat slavery.

I predict that bitcoin will be adopted internationally as legal tender within the next 20 years by major G20 economies (not just in tiny dollarised economies as is currently the case — El Salvador adopted bitcoin as legal tender in September 2021). This will most likely occur without doing away with local fiat currency, but due to bitcoin’s global ease of use fiat currencies will likely become obsolete (even if central bank cryptocurrencies are in play).

Bitcoin is today seen as a risky, speculative investment, and is volatile in fiat terms. It is also not very user-friendly for the tech illiterate, which makes it impractical to fulfil a legal tender function right now. This will change within the next decade as the adoption dominoes fall. There will come a time when people stop thinking in fiat and think in terms of a global bitcoin standard.

The naysayers will think me deluded, and it is true that governments won’t easily give up fiat hegemony. There will be pushback, attempts to ban and seize. But bitcoin is unstoppable. Citizens vote with their feet and politicians do their bidding. The game theory of global adoption will leave governments with little choice but to embrace it. In the exponential digital age global always beats local.

Does this mean bitcoin’s rand value will rocket in the next decade? Very likely, considering its scarcity and the current adoption rate trajectory, but that’s not why you should take notice. This isn’t about getting rich. It is about interrogating your fiat conditioning: it’s not OK for your savings to be stolen by money printing.

Money printing-induced inflation is unacceptable. Inflation is not caused solely by crude oil cartel Opec, or by a war far away. It is a curse that is largely brought on by governmental fiat currency manipulation. Doing away with central bank inflation necessarily entails getting rid of bloated deficit spending governments. A bitcoin standard thus enforces fiscal prudence.

The exponential digital age calls for borderless, decentralised money. Keeping money local is inefficient and cumbersome. The adoption growth of bitcoin is the most pivotal cultural revolution in human history; money is going global. The poor and middle class will soon be able to conveniently and securely store their wealth in sound money. This changes everything.

• Hayward, an advocate at the Johannesburg Bar, is a student  of the economics of bitcoin.