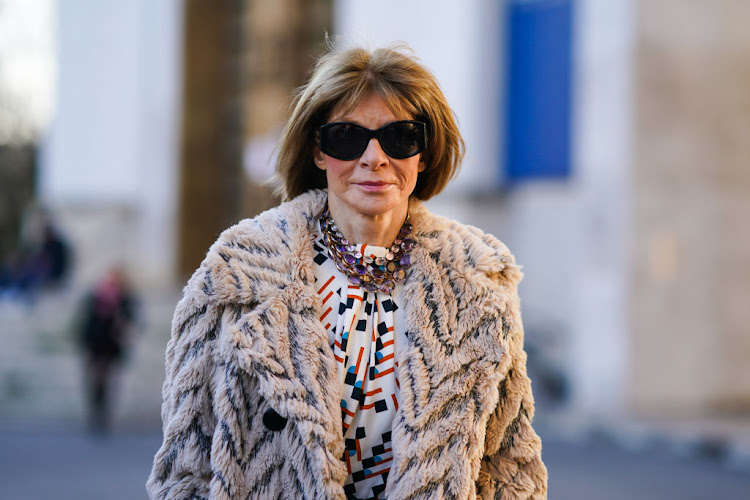 The UK has provided its former colony across the Atlantic with a regular supply of brilliant male journalists, from Alistair Cooke to Christopher Hitchens to Andrew Sullivan. But none has exercised the same degree of influence as a woman who left school at 16 and who has seldom said anything worth saying about any of the great political events of our time.

From her chair as editor-in-chief of Vogue since 1988, Anna Wintour has not only dominated the multibillion-dollar fashion industry. She has ruled the New York social scene, compelling billionaires and deca-billionaires to dance to her tune. More than anyone else she decides who is “in” and who is “out”. And she uses that unique power to raise remarkable sums of money for charity, including $250m for the Metropolitan Museum of Art’s Costume Institute, which now bears her name. 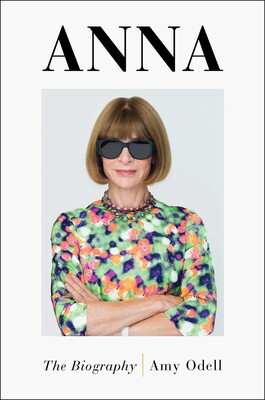 Wintour has inspired a best-selling novel by Lauren Weisberger, The Devil Wears Prada, which was turned into a film starring Meryl Streep, and two biographies, the second of which, Amy Odell’s Anna, came out earlier in May. The New York Times has even written a glowing profile of her office desk — “a long, lean affair with playful legs [!] reminiscent of the fins of a 1950’s Cadillac.”

Odell’s new book is a wonderful romp through Wintour’s world: couture at its juiciest. But it is more than that: an intimate guide to how the queen of fashion built and manages her magic kingdom. Wintour’s management style matters not only because fashion is a mighty industry but also because it is an exemplar of the intangible economy that accounts for ever more of the world’s wealth.

Economic success is driven less by your ability to produce things (which is being routinised) than by your ability to capture the zeitgeist and mobilise creative people. Management gurus are more or less in agreement that the rise of the intangible economy means a shift from command-and-control management to empowerment: successful managers are “servant-leaders” who provide a nurturing atmosphere in which creative types lounge on beanbags and “bring their true selves to work”. Wintour’s career suggests, at the very least, that this assumption is not universally the case; indeed, quite possibly, it is self-deluding tosh.

Here are seven of her management secrets distilled from the new biography and from talking with several people who know her:

Devote your life to your vocation with the same discipline that Jesuit priests devote theirs to God. Wintour’s work ethic is formidable. She returned to work a few days after having her first child, dressed in a slim-cut dress and high heels. She gets up at 5am every day and goes through the same routine: exercise at 5.30am or 6am depending on whether she plays her twice-weekly game of tennis or works out with a trainer; sit for half an hour for professional hair and makeup; take the limo to work so that she arrives before most of her staff (who have to cope with the indignities of public transport). She only breaks for a short lunch, maximum an hour, if it is essential for business, and takes a dummy copy of the magazine home to review, making single comments in the margin such as “deadly”, along with a tote bag full of papers.

Wintour doesn’t make a distinction between her personal and professional life. Her close friends are always somehow the leaders in their fields, from Harvey Weinstein in films (now dropped) to Roger Federer in sports. Her impeccably curated dinner parties mix the powerful with the glamorous — for example, sitting Henry Kissinger next to Susanne Bartsch, a party promoter once described as “Mother Teresa in a glitter G-string”.

Wintour keeps three personal assistants at her beck-and-call whose job is to ease her way through life — make sure a latte and blueberry muffin are waiting on her desk when she arrives; carry her bulging tote bag from her limousine to her desk so she can look picture-perfect; write down everything she says; run domestic errands; find her dog if it gets lost. Yet there is a business justification for this: she delegates the small stuff so she can devote herself completely to her work.

Turn yourself into a brand. Wintour has worn the same costume for decades: oversized sunglasses that allow her to conceal her emotions; hair still in a girlish bob; a high-collared designer dress; a couple of expensive necklaces. Her name happily fits in with her icy manner — and generates easy headlines about “nuclear Wintour”.

Control everything. Wintour micromanages everything from the pages of the magazine to the world she inhabits. One of the first things she did when she became editor was to refurbish the office: out went the beige walls, butter-coloured chairs and soft seats of the previous regime and in came white walls, glass offices and hard metal seats. Employees who fail to live up to her sartorial standards are treated to “the look” that suggests their time is limited if they don’t change their ways.

This control-freakery reaches a frenzy at her annual ball. Celebrities are told what to wear. Guests who pay thousands of dollars for a ticket are tightly choreographed. Conde Nast has even hired a movement coach who directs them so they can show off their costumes to best effect for Instagram.

Never forget about high culture. Wintour put Madonna on the cover of Vogue and invited Puff Daddy (Sean Combs) to perform at the first Met Gala. During her time with Vibe, she even encountered the dregs of US culture in the form of the hairy-chested Bob Guccione. But she always kept an eye on high art. She took courses in art history, visited art exhibitions in her spare time and collected art show catalogues. The scene of her greatest social triumph was the storied Metropolitan Museum of Art.

Don’t waste time on small talk. “With Anna you get two minutes — the second is a courtesy,” says an insider. Polite courtesies are ignored. Meetings are driven at bullet-train speed. Proposals are given the one-word treatment — “yes, no, yes, no, goodbye”. “Hallos” and “goodbyes” are for social superiors, not her staff.

It’s better to be feared than loved, as Machiavelli put it. Wintour strikes fear into all around her not by throwing tantrums but by her icy demeanour. Her staff are too frightened to travel in the lift with her or to address her — or even look her in the face — until she has addressed them. Her assistants burst into tears if they make mistakes.

Her ruthlessness would have impressed the Florentine. On assuming the editorial chair, she interviewed all the existing staff on their jobs and got rid of lots of them. When she made the mistake of commissioning a puff-piece on Bashar al-Assad’s wife, Asma ( “glamorous, young, and very chic — the freshest and most magnetic of first ladies”) and publishing it against stiff internal opposition, it was the author of the piece, Joan Juliet Buck, a former friend, who got the chop.

Nobody is too high and mighty to be cut down. She frequently killed shoots no matter how much it cost and whose ego it bruised. She got rid of one of the magazine’s star photographers, Richard Avedon, on the grounds that his covers were all the same, and stopped featuring Giorgio Armani on her pages because she thought he was passé, despite his standing as one of the magazine’s biggest advertisers. “If you get frozen by her, that’s it,” said Lisa Love, Vogue’s longtime West Coast editor. “She’s a Scorpio, you’re done. It’s that cold.”

Focus on entire ecosystems. Wintour wasn’t content to edit the world’s most important fashion magazine. She turned herself into the MD of the entire fashion industry — offering fashion companies advice, promoting young talent (she matched John Galliano with LVMH-owned Givenchy in the mid-1990s) and acting as the fashion world’s spokesperson to the worlds of politics and philanthropy. Her dual role as adviser and editor allowed her, in effect, to mark her own homework; her position as head of the industry made it all but impossible for her boss, SI Newhouse, to sack her.

The periodic rumours that the queen of fashion was about to be felled reached a fever pitch with the arrival of Black Lives Matter and the social justice movement. “Can Anna Wintour survive the social justice movement?” The New York Times asked with relish. Staff at lesser Conde Nast titles like Bon Appetit and other publications such as Refinery29 complained about toxic work environments. Critics focused on Wintour’s indifference to diversity (the 1990s went by with nary a black model appearing on Vogue’s covers) and her habit of recruiting her staff exclusively from the Ivy League and the aristocracy. Andre Leon Talley, who was Vogue’s first black male creative director from 1988 to 1995 and a close Wintour colleague, once voiced his inner Jacobin: “She’s part of an environment of colonialism. She is entitled and I do not think she will ever let anything get in the way of her white privilege.” 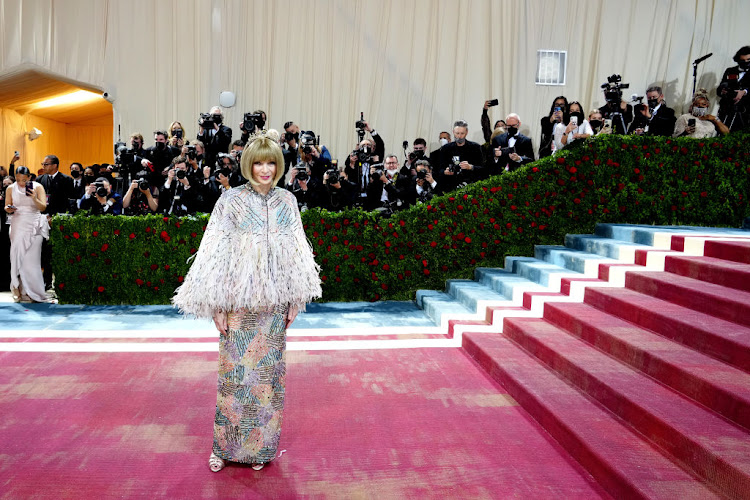 Yet Wintour’s power has survived both the social justice movement and the gutting of Conde Nast’s budgets by the digital whirlwind (the physical copy of Vogue is a mere shadow of its 1990s version). In December 2020, she was given two new titles: worldwide chief content officer and global editorial director of Vogue. Wintour has made her peace with Black Lives Matter and social justice with the help of powerful friends in the Democratic Party, not least the Obamas. Vogue is now as replete with diversity as the rest of the US media. Her position as the MD of the fashion industry as well as a magazine impresario means that, if she ever leaves Conde Nast, she could probably increase her income as a consultant.

Wintour’s management style will also survive her departure, though perhaps not in the pure form she has developed it (try demanding three personal assistants in today’s pinched financial environment). Wintour understood what gurus of empowerment have failed to grasp: that “total quality management” is just as applicable to culture as it is to car-making but that, in the case of culture, total quality management means that a single all-powerful and well-informed boss needs to keep a tireless eye on every detail of the process. Newspapers and (particularly) magazines can only thrive if they are the product of a single coherent vision. They court with disaster if they allow themselves to be edited by their staff or, still worse, the Twitter mob. Consultancies and banks can only thrive if all their employees are singing from the same hymn sheet.

The intangible economy may like to wreath itself in the smiley language of “workshops” and “flat management”. But it is just as much in need as the tangible economy of the smack of firm government and the frisson of clear decision-making.

Six memoirs and biographies to add to your reading list

CHRIS THURMAN: The disturbing parallels between the Met Gala and America’s Gilded Age