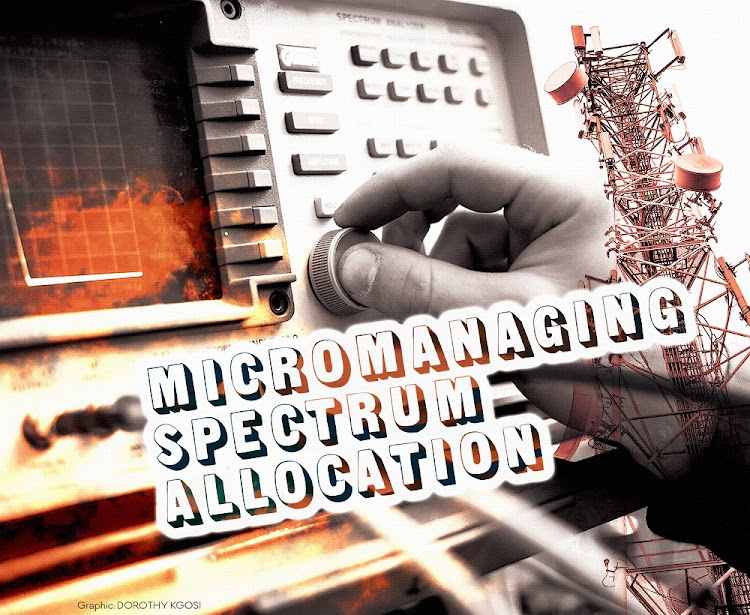 Insufficient, fragmented spectrum holdings will continue to hobble SA’s mobile operators, resulting in services that are delayed, and slower and costlier than they should be.

SA’s telecoms market is likely to consolidate into a landscape in which only two dominant players thrive, but in which smaller rivals will continue a sort of zombie existence as middlemen for access to licensed spectrum. This anticompetitive and inefficient outcome will be the result of government ownership of, and control over, frequency spectrum.

Despite the recent spectrum auction held by industry regulator the Independent Communications Authority of SA, the major players in the mobile market will need still more bandwidth to provide high-throughput services to the billions of devices — from smart home gadgets to driverless cars and factory automation — that will make up the “internet of things”.

The spectrum recently licensed to mobile operators may ease the pressure for a few years, but they will soon run out again. This will again force them to expand capacity by building more transmission towers and laying more cable than they would otherwise have to. It will also place an effective cap on speeds, thus raising prices and reducing quality in the same way that spectrum shortages led to low speeds and high prices for 4G/LTE services.

Moreover, the frequency spectrum licensed to mobile operators is fragmented. None of them owns an entire 100MHz band of spectrum in the 2,600MHz to 3,500MHz range, which industry experts claim is needed to offer a high-quality 5G service. Similar problems are cropping up in other spectrum bands, such as the fragmented 5GHz bands allocated to Wi-Fi transmissions.

The best way to obtain more spectrum at present, or to consolidate spectrum holdings into contiguous bands for more efficient utilisation, is to acquire smaller competitors. But the competition authorities are not likely to permit this, since it violates their unique view of “competition” as a market in which numerous relatively equal rivals play nice with each other, and no winners dominate the rest.

The idea that a regulator could fairly allocate slices of spectrum to numerous organisations and tell them exactly what they are permitted to do with that spectrum, and who they ought to share it with, is preposterous

Yet smaller competitors are unlikely to be able to make the profits required to roll out new-generation wireless networks, while larger competitors need the spectrum their smaller rivals own. That will again force operators into elaborate roaming agreements with rivals or wholesale spectrum providers. Because everyone in such an arrangement needs a cut, consumers will ultimately pay the price to keep government-mandated middlemen in business.

The core problem remains that the government considers itself capable of micromanaging spectrum allocation. This is an exceptionally complex undertaking, with hundreds of claims on individual slices of radio spectrum. In many bands the regulator is expected not only to allocate particular slices of spectrum, which entails advanced technical knowledge and insight into the development plans of prospective licensees, but also needs to enforce complicated spectrum sharing arrangements to give primary licensees priority access to the band but permit others to “share” the same band, provided that they don’t interfere with the services of the primary licensee.

There has been a windfall of available spectrum due to the pending digitisation of terrestrial television broadcasts. However, large swathes remain in use by other industries with less pressure to use their spectrum more efficiently and surrender what they don’t need. The idea that a regulator could fairly allocate slices of spectrum to numerous organisations and tell them exactly what they are permitted to do with that spectrum, and who they ought to share it with, is preposterous.

In fact, the idea that spectrum allocation requires a micromanaging regulator at all is questionable. The government will argue that spectrum is a scarce resource, with many competing claims on its use. Yet that is true of all resources, including those such as land for which supply cannot be increased. With spectrum, once government has licensed it for a particular use by a particular company there’s no way to transfer it, no way (or reason) to cede unused portions, and no way to repurpose it to a better use.

Moreover, we have learnt the hard way that government licensing of spectrum is an extraordinarily slow process. The recently concluded auction was first mooted in 2010, fully 12 years ago. That’s half a generation, just to conduct a single auction of insufficient spectrum. In the process government has also imposed burdensome conditions upon licensees, such as connecting government facilities to the internet and even providing a large lump of free data to all citizens, regardless of their ability to pay.

This year’s spectrum auction does not solve the underlying problems with spectrum allocation. There are more bands that need to be allocated just to cater for technologies and growth that we already know exist, such as bands in the 6GHz range for Wi-Fi applications. Licensees should be able to rationalise and consolidate the bands they have been allocated. Operators should be able to buy more spectrum, instead of renting it from rivals and middlemen. There ought to be far more flexibility in spectrum allocation in general.

Regulators are ill-suited to the job of efficiently allocating scarce resources. By contrast, free markets are extremely well suited to this job and do it all the time, whether it’s with land, food, airline seats, raw materials or any other resources for which demand exceeds supply. Fully tradable spectrum in all bands would alleviate or eliminate so many of these problems. Because government officials refuse to cede power over spectrum, citizens will forever be burdened with services that are delayed, slower and costlier than they need to be.

• Vegter is a former technology journalist and columnist for the Institute of Race Relations. This article was commissioned by the Free Market Foundation, but the views are the author’s own.