TAFADZWA CHIBANGUZA: Energy crisis is symptom of policy failure, and only reform will solve it 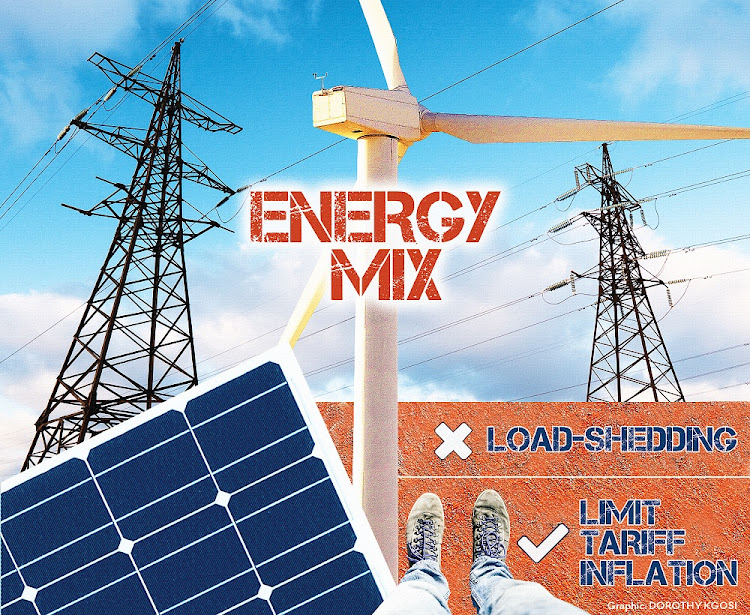 When analysing SA’s energy crisis it is pointless to rehash in detail how we got to this point. We know the state ignored the warnings that electricity was running out, that maintenance was not done, that the grid has deteriorated to the point of near collapse, that corruption was allowed to run rampant and so on ad nauseam. What is needed now is to focus on what can be done to finally begin addressing the problem.

The two most glaring issues the energy supply industry faces are above-inflation increases in electricity tariffs and the ever present rounds of load-shedding due to the severe lack of generation capacity. We tend to equate the energy problem with Eskom, but when viewing it from the broader energy supply industry perspective and the roles played by the department of mineral resources & energy, the National Energy Regulator of SA, municipalities and independent power producers (IPPs), we see that Eskom is just one part of a far wider ecosystem. For things to get better we need all of these components to work in harmony.

According to the Council for Scientific & Industrial Research (CSIR) SA has an energy shortfall of 4,000MW, and this potentially represents a ready market for the private sector to invest in, to the benefit of all. As Eskom has stated repeatedly, it simply implements policy set by the department of mineral resources & energy. It is the state, and only the state, that can facilitate the inclusion and participation of the private sector.

The immediate solution would be for the department to put the 4,000MW out for bid in bid window 7. The department has tended to cap how much capacity can be bid for, but suppliers typically bid for more. In the last bid window 9,000MW was bid for — more than double the shortfall — most of it coming from renewable energy providers. Yet the department only procured 2,583MW.

The Renewable Energy Independent Power Producer Programme (REIPPP), which the department developed in 2011, was intended to bring additional megawatts onto the grid through private sector investment in wind, hydro and other sources of energy. In April the department called for proposals under bid window 6, which is looking to secure another 2,600MW of renewable energy (1,600MW of onshore wind and 1,000MW of solar photovoltaic), about half of the 4,000MW shortfall.

The Integrated Resource Plan (IRP) — which maps out SA’s energy demand and the least-cost energy mix to meet that demand while also acting as a road map of the planned transition from coal to cleaner energy sources as part of the international commitment to reduce greenhouse gases and decrease carbon emissions — has been criticised for being too soft on coal. But there are indications that the government is willing to revise it.

Forestry, fisheries & environmental affairs minister Barbara Creecy told MPs in March that mineral resources & energy minister Gwede Mantashe “has indicated to the climate commission that he is open to receiving presentations on revisions on the IRP, which obviously could be necessary if we are to achieve the lower limit of our nationally determined contribution”.

Given the rate at which renewable energy prices have dropped since 2011 and with the downward trajectory expected to intensify, a much faster adoption of renewable energy projects has the potential to be environmentally friendly while also limiting tariff inflation.

The longer-term solution is expediting the unbundling of Eskom to create an independent transmission company that will buy electricity from the market, including from state-owned Eskom and various IPPs, to sell to consumers. This ensures a bigger role for the private sector in the production of electricity, creating a competitive market that can make a real dent in tariff increases as well as increasing capacity, so that load-shedding will eventually no longer be required.

Eskom will play a smaller but still relevant role as one of the providers of electricity for the country, though it will need to improve its efficiency significantly to remain relevant and competitive.

There are five main benefits to this framework:

Neither of these solutions is out of the realm of possibility, and both would make big changes to the energy supply industry, SA’s battle-scarred economy, our attractiveness to foreign investors and the everyday life of all South Africans. However, the reality is that the energy landscape is very much at the mercy of our elected politicians.

It is unacceptable for South Africans to have to endure the electricity crisis and ongoing bouts of load-shedding. The government needs to do, and be seen to be doing, everything in its power to ensure that, like state capture, this self-inflicted crisis becomes a thing of the past.

• Chibanguza is COO at the Steel & Engineering Industries Federation of Southern Africa.

Race against time to fix rail cargo crisis after floods