WILLIE THABE: Gender could be at play in Scopa chair’s infantilisation of Eskom’s Mavuso 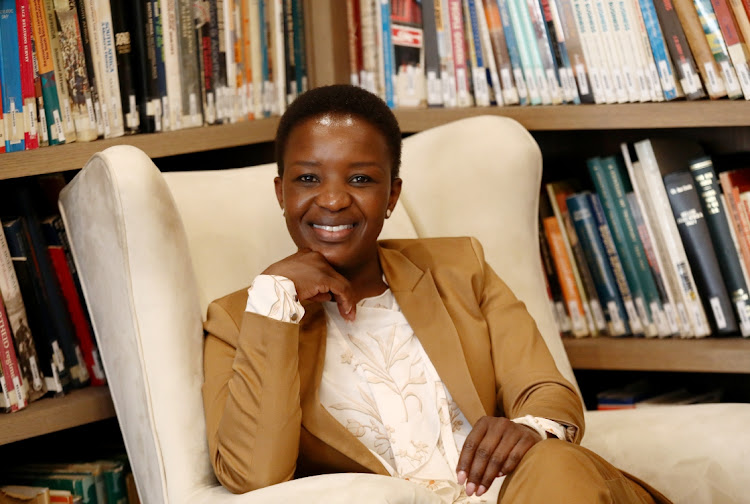 The infantilisation of Eskom board member Busi Mavuso’s objection to the placement of the R300bn albatross on the current board of directors by the chairman of the standing committee on public accounts (Scopa) adds to the dust storm of questions about the state’s capability to act as a custodian of national assets. An exercise of what the board member believed to be her fiduciary responsibility was met with a strong suggestion that she was either out of her depth or trivialising a serious discussion.

The objection centred on the age-old agency problem of separating government’s ownership role from the board’s role of control in this particular company’s history. This, according to the chair, was correct, but addressed the wrong audience. The correct way of chairing a meeting is to steer comments to the core of the discussion without passing value judgments on committee members or resorting to unpalatable exclusions from deliberations.

At face value one would dismiss the chair’s reaction as what is called in social psychology de-individuation — the tendency for people to behave differently in a crowd than they would normally on their own because they lose their sense of self and individuality to the group. The level of maturity and high level of sociopolitical interaction of the chair automatically rules out this possibility.

However, Goldsmith’s wise advice consisting of tracing effects to their causes leads us to US law professor Kimberlé Crenshaw’s apt concept of intersectionality — how race, class, gender and other individual characteristics “intersect” with one another and overlap. Could it be that the vehemence of this response and the concomitant sanctions that were acted out and still being considered outside the Scopa meeting reflect not the shallow questions of identity but the deep structural and systematic questions about discrimination and inequality?

Doesn’t the chair’s response affirm the fundamental truth of intersectionality — that individuals have individual identities that intersect in ways that affect how they are viewed, understood and treated? If race, class and gender are considered the most distinct identities of the board member, race could obviously not be a great factor, nor class as the board member has impeccable credentials. However, gender could be at play in this response.

In a country that aspires to be guided by egalitarian values but has not gone far enough in considering everything and anything that can marginalise people — gender, race, class, sexual orientation and physical ability — there are subconscious responses that are inadvertently triggered. They reflect the fact that the chair does not revere Mavuso as a professional but regards her as a melodramatic woman in a serious meeting.

This is the same blind spot that informs a broad-based response that sympathises with the loss of a man’s career with scant consideration for the female. It is common cause that claims of sexual harassment are often dismissed by discrediting the female claimant using assertions that suggest women always have ulterior motives or are simply not telling the truth. Even if one accepts the chair’s assertion that the point was correct but addressing a wrong audience, the sanctions meted out are disproportionate to the objection.

In Mavuso’s response on Radio 702 she stated that she does not speak to her 10-year-old son in the manner she was spoken to. Of course she cannot use pejorative language because she respects the chair's dignity and value as a person. However, where power presupposes that the dignity of a person ultimately depends on that person or system’s ability to advance or impede the interests of others, you will be subjected to prejudices that are not consistent with egalitarian values. Fellow sisters who have imbibed the pragmatism of survival by compromise will also vilify you.

What is more alarming for we ethics practitioners is that such aggressive responses continue unabated in an era in which diversity, equity and inclusivity have taken central stage as key strategic issues to create competitive advantage and social justice. They are the core of what will define business success in future.

If ethics practitioner and author Susan Liautaud is right that as individuals and organisations we should consistently ask ourselves who we are and what we stand for, which would define our identity and communicate to others what they should expect of us, then maybe all South Africans should engage in this exercise.

In the aftermath of the Scopa chairman’s response I wonder about the principles that define the identity of the chair and his organisation and find such responses acceptable. Who we are demonstrates the values that should underpin SA society, and parliament should be at the forefront of adducing egalitarian values.

We as stakeholders who are affected by the contagion of Eskom’s failure to deliver are left wondering if the effectiveness of monitoring state-owned enterprises is in good hands with Scopa. It belies our trust in the belief that public goods are better in the custody of government even though there is ample evidence to the contrary.

The chair’s reaction seems to show the blind spots of intersectionality that are inadvertently triggered by anything that is contrary to our expectations. In a real sense these subconscious responses are a threat to our common humanity.

Eskom’s system is old and unpredictable, and SA must understand, Jan Oberholzer says

Eskom is ‘trying our best to match capacity to demand, but we have an unreliable and unpredictable system’, the Eskom CFO says
National
2 months ago

SA will need to add 50,000MW to the grid within the next 15 years to meet growing energy needs
National
1 month ago
Next Article

JUSTICE MALALA: Misogyny lies behind the bullying of Busisiwe Mavuso

JUSTICE MALALA: Misogyny lies behind the bullying of Busisiwe Mavuso