PHILLIP PETTERSEN: Jacking up disaster risk control by building back on higher ground 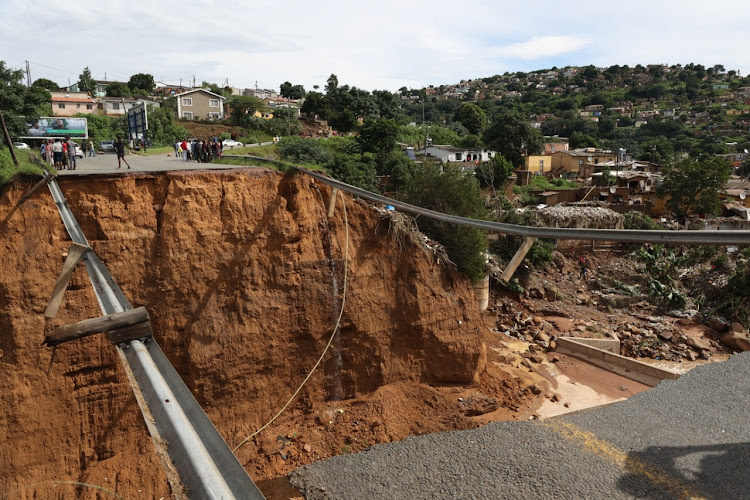 The storms preceding the recent KwaZulu-Natal floods were part of a normal weather system known as a cut-off low that is often responsible for excess rain and cold. But experts say the intensity of the deluge was due to climate change — warmer seas charged the atmosphere and dumped the added moisture as heavy rainfall. As climate change brings less predictable, frequent, severe and extreme weather events, SA municipal authorities should prepare with the appropriate risk-management mechanisms.

This needs to be seen in context. Weather-related disasters of the past decade, such as the Western Cape drought, the 2017 Knysna fires and floods in KwaZulu-Natal in 2018 and Gauteng in 2019 illustrated just how susceptible SA’s cities and towns are to these dangers.

All of SA’s nine provinces have experienced floods in the past 18 months, on top of a series of devastating fires in the Western Cape and now the most recent KwaZulu-Natal floods that affected more than 13,000 households and left 447 dead, with 89 people still missing at last count. The loss of life, destruction of homes, damage to infrastructure, demolition of public buildings and interruption of services combined to create the worst natural disaster in the province’s history, with damage estimated at more than R17bn and rising.

These incidents are not isolated or new. The International Disaster Database has recorded 90 noticeable weather-related disasters in SA since the early 1980s, which caused R95bn in associated economic losses and directly affected about 22-million South Africans. Though it is clear that these hazards are a frequent occurrence, it is worth noting the 57% increase in recorded events over the past two decades compared to the preceding two. Climate scientists also warn that this growing trend of economic and social costs is likely to continue into the next couple of decades.

Three prominent factors in the risk equation will increase disaster losses in SA cities and towns. The first is the direct role of climate change in weather-related hazards. While global efforts and investments in cleaner technologies are picking up speed, they still fall short of what is needed to achieve the 1.5°C temperature rise threshold set by the Paris Agreement. This places the world on an intermediary mitigation trajectory.

For SA this trajectory will translate to temperature increases across the country by as much as 3°C in the northern provinces of North West and Northern Cape. Heatwaves and extreme temperature days will increase for all noncoastal settlements. Storms are likely to become more severe in KwaZulu-Natal, the Eastern Cape and Free State.

A third contributing factor is that communities are more exposed to weather disasters than before. The building inventory created by geospatial data company GeoTerraImage listed 4.8-million informal dwellings in SA in 2021. This is a staggering growth of 146% over the past two decades, compared with a population increase of 32%. Many of these dwellings are severely exposed to heatwaves, floods and wildfires and are located on marginalised and risk-prone land.

The Council for Scientific & Industrial Research’s Green Book, made publicly available in 2019, has quantified these risks, warning that four of SA’s eight metros — Cape Town, Tshwane, Johannesburg and Nelson Mandela Bay — are likely to experience extreme increases in disaster losses, though nine of the 10 cities and towns most at risk in 2050 will be in Limpopo.

All of this leaves no doubt that SA needs to ramp up its disaster risk management. Yet, given that SA was one of the proponents of the African Risk Capacity (ARC) movement set up by the 55 members of the AU as a specialised agency in 2012, it is unfortunate that unlike 35 of those member countries it did not follow up and sign the concomitant treaty. This was intended to help AU member states improve their capacities to plan, prepare and respond to extreme weather events and natural disasters.

The objective of the ARC is to assist AU member states in reducing the risk of loss and damage caused by extreme weather events and natural disasters affecting Africa’s populations by providing targeted responses to disasters in a more timely, cost-effective, objective and transparent manner.

Had the SA government been part of this programme and participated in some form, it would have been able to benefit from the coverage, paid for by international investors and donors. It worries me that even while our president was head of the AU and SA housed the ARC specialised agency in Johannesburg, it did not see fit to join. It would seem that the advice being dispensed to the SA authorities is by inappropriately qualified people and does not take into account the old and vulnerable members of our population.

We have a government that is dealing with postpandemic problems, we have probably the highest unemployment rate in the world — heading towards 50% — and we have an inflation rate rising rapidly. Further, our tourism sector is not returning to capacity in the way it was expected to, and any money in KwaZulu-Natal municipal coffers was paid out after the July riots. Perhaps it is time for the government to re-engage with the ARC to source cost-effective, beneficial solutions that may even be entirely funded by the donor community. 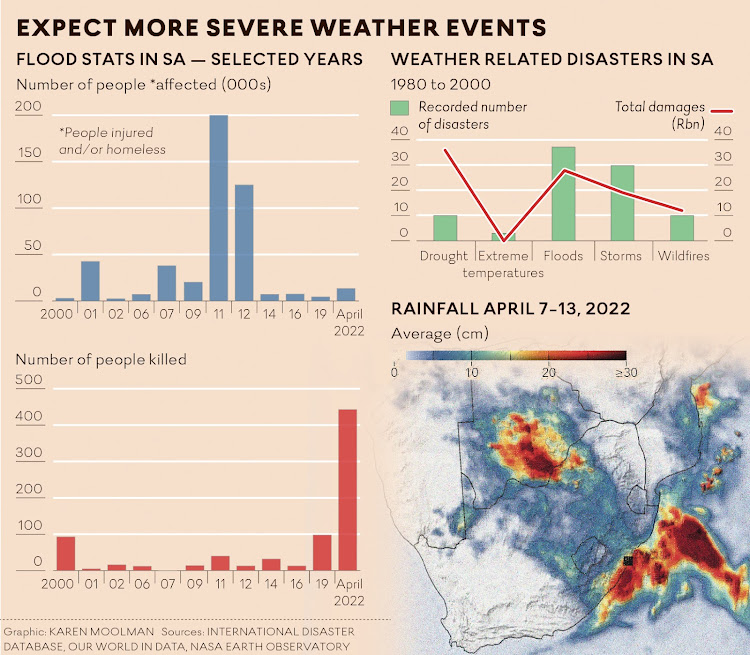 One possibility is to issue a parametric catastrophe bond via Hong Kong. Benefits include everything from which services to prioritise and how a natural disaster should be managed, to what should be improved on, what the attachment point would be, the insurance point, and the exhaustion point (where the government would need to come back in at the top again).

It has become critical for African nations to improve their ability to plan, prepare for and respond to extreme weather events and natural disasters, which will allow governments to protect at-risk populations. This type of insurance is no longer just a nice-to-have. As a specialised insurance agency of the AU the work of the ARC must be highlighted continent-wide.

According to Prevention Web, a global knowledge-sharing platform for disaster risk reduction and resilience, if we do not invest in climate action and disaster-risk reduction the number of people worldwide in need of humanitarian assistance as a result of storms, droughts and floods could climb to 200-million annually and climate-related humanitarian costs could surge as high as $20bn a year by 2030.

SA's largest crude oil refinery Sapref is forging ahead with its cleanup of contaminants that washed up onto beaches close to the south Durban site ...
National
1 month ago

An extreme rainfall episode such as this one can now be expected to occur about once every 20 years, according to a new report
National
1 month ago
Next Article