NICHOLAS WOODE-SMITH: Support for effective public service a test for the politicians 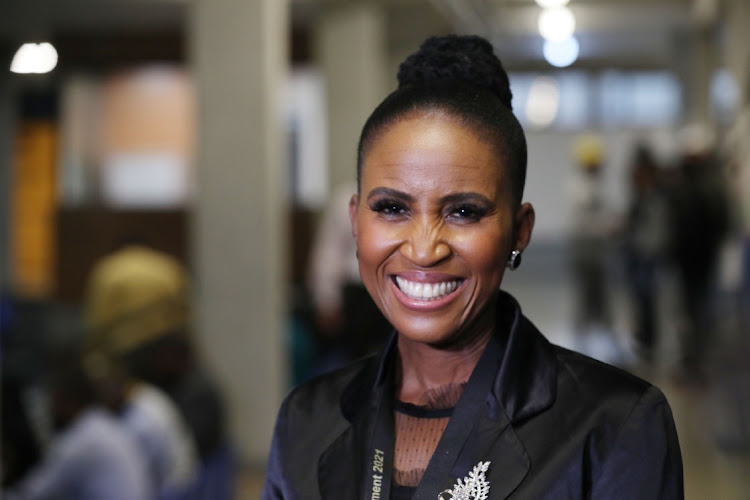 The DA's Mpho Phalatse has been elected mayor of the City of Johannesburg. Picture: VELI NHLAPO

While our country and its municipalities crumble under the weight of corruption, failing service delivery and decaying infrastructure, political parties still engage in petty factionalism. Johannesburg, in particular, is a dying city, torn apart by crime and mismanagement. It drastically needs a solution.

There may be a semblance of a solution on the horizon, if the contesting political parties in Johannesburg behave and work towards a united solution for the city rather than fighting each other out of jealousy and spite.

The answer to Johannesburg’s problems cannot be found directly in electoral politics, and no voting for a single party will solve its issues. The solution must be found in its public servants, those background administrators and appointees who truly turn and grease the gears of government. In this regard, the opposition parties must work together to make the right appointments.

While it is easy for South Africans to believe politicians run this country (they would like us to believe this as it justifies their salaries), the true pushers of any sort of change or policy implementation are public servants. They are the substance of government. Without an effective public service nothing gets done. No service delivery can happen, no policy can be implemented, no regulation can be enforced or examined properly to test its efficacy.

The functions of government are ideally run by skilled, politically neutral and competent bureaucrats whose only aspiration is the maintaining of society and its upliftment. Not through ideology or conniving, but simply through doing their jobs. This is where elected politicians truly become important. While they are not the individuals truly responsible for getting anything of import done, they are the ones who are in charge of appointing the public service and play a role in sabotaging or aiding its functions.

Many of SA’s problems are the fault of a public service full of corrupt and incompetent appointees, or otherwise skilled public servants who are hamstrung by political interference.

Johannesburg mayor Mpho Phalatse has taken a step in the right direction by putting the incumbent city manager, Floyd Brink, on special leave after a report accusing him of misconduct. This comes after Brink entered into conflict with the head of the anticorruption unit in Johannesburg, Shadrack Sibiya. Brink even tried to shut down the unit, despite its apparent effectiveness.

Brink is alleged to have ties with the EFF and Julius Malema, and in 2013 was arrested in a corruption investigation that implicated Malema. While Brink was acquitted in 2013 and the investigation burnt out, it is still telling that an official who was implicated in malfeasance has a desire to cripple an anticorruption unit.

It is good that Brink has been placed on special leave, but how did such a man become the city manager of Johannesburg? He was brought in as COO  in 2018 by then DA mayor Herman Mashaba. This was viewed by many to be a way to appease the EFF which, while not an official coalition partner, did help the DA get control of the Johannesburg metro.

Brink has been the effective acting city manager since February 2021. Before being put on special leave there was a move by the EFF to make his position permanent, ostensibly with the support of Mashaba’s ActionSA. Thankfully, Johannesburg may be spared this politically compromised individual due to the special leave, but the city hasn’t dodged the bullet yet. Infrastructure is still crumbling, crime is still rampant. The city needs a competent manager.

The top candidate to replace Brink is arguably Johann Mettler, a more than capable public servant with an impressive track record of professionalism and effective management. Brink and Mettler could not be less alike in many respects, which is why the city needs Mettler.

Mettler has a strong track record of metro administration, having worked alongside Athol Trollip in Nelson Mandela Bay metro before being ushered out with the then mayor due to petty politicking in the wake of the collapse of the DA-led coalition in the metro.

Mettler is not a DA partisan either. His appointment in Nelson Mandela Bay was seconded by Pravin Gordhan, an ANC cabinet member, due to his stellar past performance in managing Msunduzi. According to Trollip, who was a senior DA leader and is now leader of ActionSA in the Eastern Cape, he was known as a “Mr Fix It”.

The DA is pushing to appoint Mettler as city manager of Johannesburg and allow him to fix the failing metro. But factionalism and petty politics are yet again getting in the way. It is clear that Mettler has at heart the best interests of Johannesburg, or whatever his job requires of him. He’s a “doer”, and Johannesburg needs doers. But the politicians in Johannesburg’s political quagmire are turning a simple decision into a game of political tribalism.

ActionSA seemingly doesn’t like the appointment (with the apparent exception of Trollip), possibly due to behind-the-scenes deals with the EFF. And the EFF is firmly behind Brink, with the ANC backing their own candidates, seemingly to avoid any sort of examples emerging of opposition parties fixing a city the ANC destroyed.

Throughout all of this, the clock is ticking, and a man of Mettler’s calibre is sure to receive other job offers. But Johannesburg needs a proper administrator, and so far he’s the only candidate who could do the job.

A choice for opposition parties

It is clear that support for Mettler is support for a competently run city. But the opposition parties and governing ANC would rather let Johannesburg slip further into squalor. This appointment is a test not only for the mayor but for every party involved. The EFF and ANC care only about their own machinations, power and maximising the potential for corruption, but ActionSA, the DA and other parties have an opportunity to do the right thing.

What needs to happen is for all parties to put their differences aside for the sake of the city, and support the man who can fix it. As voters look toward the 2024 elections they must take note of the behaviour of these parties, and whether they are prepared to work together professionally and effectively. Will they put aside factionalism and personal politics? Will they take a stand against corruption and mismanagement? Or will they continue to let South Africans play second fiddle to their rivalries?

The Johannesburg city manager appointment is a test. The correct answer is Mettler.

Woode-Smith is an economic historian, analyst and author from Cape Town.

Traffic fines, licences and municipal rates to be paid at smart police road ...

Traffic fines, licences and municipal rates to be paid at smart police road ...