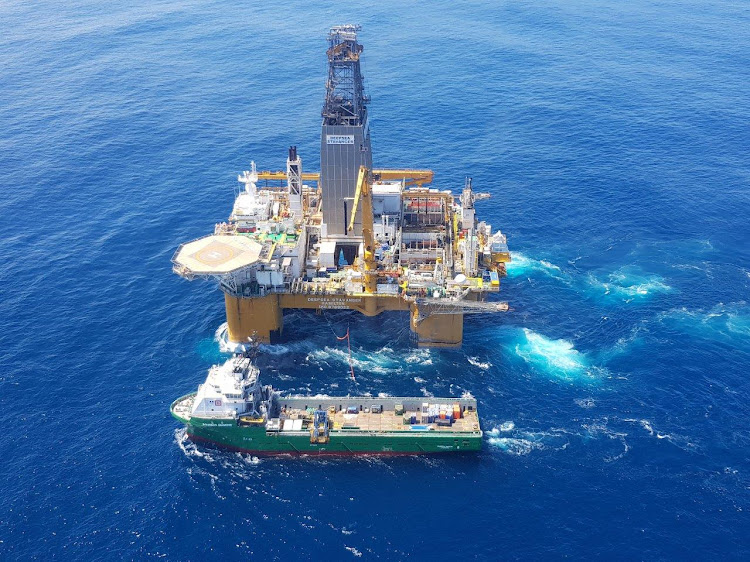 Total has made a significant gas condensate discovery on the Brulpadda prospects, located in the Outeniqua Basin, 175km off the south coast of SA. Picture: SUPPLIED

It will take several long-term interrelated contracts to happen, and some naysayers may consider this too complex and risky. Yet the simplicity of the arrangement, and the great advantages to SA compared to alternatives, screams for attention and action.

Total Energies’ gas discoveries in SA waters are said to be producible by 2026 with relatively little construction and production risk. As a result, it is likely this major producer would be willing to go forward with its $2bn investment if firm gas purchase contracts can be put in place. But therein lies a dilemma, though as we argue here it is a false one.

First, the national power demand encompasses a base (minimum/round the clock) requirement of 20GW, while varying from there up to a peak of about 35GW. It is estimated that the initial daily production from the Luiperd field is equivalent to 1.5GW of efficient combined cycle around-the-clock electricity. There is thus ample room in the system for this new resource to fit within the operation of the grid. It is as simple as the following:

It has been reported that Eskom is in negotiations with Total, though it is not certain if Eskom has the will or capability to proceed with the above steps.

For example, Eskom is reported to be pursuing imported LNG out of Richards Bay because that location is closest to potential gas demand. Many other private developers are pursuing LNG imports for power generation at other port locations. Yet these LNG-based solutions are much more costly, riskier and entail imports of foreign fuels. They should follow, not lead, this indigenous gas solution.

The bottom line is that the department of energy, Eskom and private developers should complete the steps noted above.  Fantastically for the country, there is minimal technical risk to these projects. Perhaps it is already happening, just unknown to this writer. But it is a beautiful solution to the power generation shortage and there is no reason to delay any longer.

Apart from the finds being 175km offshore and very deep, the resource is labelled a niche product
Companies
1 year ago
Next Article