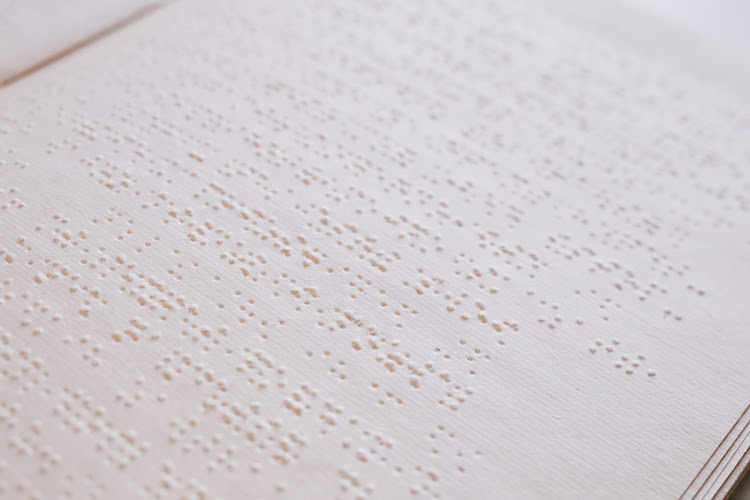 For those of us without disabilities, when we stop by the shops or the library to pick up a copy of the hot-off-the-press novel that everyone’s talking about, we don’t think twice about the mechanics of reading it. A quick in and out, and we are turning to chapter one.

For people with visual and print disabilities, however, it is less straightforward. The act of buying or borrowing the novel is insufficient for people with visual disabilities to actually “read” the novel. How often does one find Braille editions of books in their neighbourhood bookstores or libraries? Not often enough. In fact, internationally, the lack of availability of accessible books has been described as a “book famine”.

Depending on the type and extent of disability, various modifications are required for people with visual disabilities to access the book. For instance, one could use a screen-reader that would involve digitising the novel by scanning it and then processing it through text-to-speech software. Another option would be to similarly digitise the novel, convert it to Braille, and reprint it in Braille.

But in SA the apartheid-era Copyright Act of 1978 does not permit these modifications. Any change in format of the novel that isn’t authorised by the copyright holder (the author or the publisher, depending on their internal contractual arrangements, which are not made public) is subject to criminal and civil penalties. These penalties extend to R5,000 or imprisonment of up to three years, or both, for a first offence; and up to R10,000 or imprisonment for up to five years, or both, for subsequent offences.

There are explicit exceptions in the Act that exclude certain uses from these penalties, but changing a book’s format (format shifting) for the purposes of providing access for people with visual disabilities isn’t one of them. Some argue that the Act empowers the trade, industry & competition minister to create such an exception through regulations. However, the extent of ministerial power to do so is contested, and in any event there has not been such a regulation promulgated in almost three decades of democracy. This indicates that leaving the realisation of important constitutional rights solely to ministerial discretion does not realise the rights in the Bill of Rights.

An explicit exception in the Copyright Act is therefore necessary to clearly demarcate format shifting as permissible, and not subject to criminal and civil penalties. Importantly, such a statutory exception has been formulated by parliament in its lengthy copyright reform process and it is included in the Copyright Amendment Bill, but has not been brought into effect yet.

People with visual disabilities encounter additional challenges. It is usually impossible to track down the copyright holder, and even if they are contactable they are under no obligation to respond. The impact is acute: as BlindSA puts it, converting books to Braille (without the authorisation or in the absence of a response by the copyright holder) becomes a crime.

On this basis, BlindSA and Section 27 brought a constitutional challenge to the Copyright Act in the Pretoria high court in late 2021. They argued that this state of affairs amounts to unfair discrimination against a particularly vulnerable group. Where people without disabilities don’t face legal barriers to accessing material under copyright in formats that they can read, people with disabilities are subject to civil and criminal penalties for engaging in modifications essential to accessing books at the same level. This, they argue, is a violation of the right to dignity.

Now consider access to textbooks and other educational materials that are often in print form. For people with visual disabilities pursuing a course at an educational institution, the same interventions are required to gain access to these materials. Where such interventions aren’t permitted, and indeed subject to civil and criminal penalties, the right to education for people with disabilities remains unfulfilled. BlindSA and Section 27 therefore argue that the Copyright Act is not only unfairly discriminatory but also violates other rights, including the right to education and the right of people with disabilities to participate in cultural life.

The proceedings at the Pretoria high court were unopposed by the respondents (the president, parliament, the trade, industry & competition minister and the international relations & co-operation minister) The judgment went in favour of BlindSA and declared the Copyright Act unconstitutional to the extent that it unfairly discriminates against people with disabilities. It also read in the exception that parliament has formulated in the Copyright Amendment Bill that permits format shifting, which cures the invalidity.

As per standard constitutional procedure, the matter will be heard by the Constitutional Court on May 12 to determine whether they confirm the high court’s order of invalidity. Even at this level the matter remains unopposed by the state, the state’s only submissions being about how to cure the invalidity — and, crucially, the time frames for doing so. The unfair discrimination caused by the operation of the current Act is uncontested by all parties. This matter before the Constitutional Court thus has the potential to remove this decades-long discriminatory legal barrier and unlock access to knowledge for people with visual disabilities.

• Dr Samtani is a postdoctoral research fellow at the SARCHI Chair for International and Constitutional Law, University of Pretoria. She worked with BlindSA and SECTION27 in relation to the litigation.

Facebook, now called Meta, has perfected the art of selling and exploiting your data
Opinion
5 months ago