HELEN ACTON: A Mantashe judicial review of Zondo’s findings can only undermine rule of law

With little chance of winning, questions need to be asked about ANC chair’s intentions 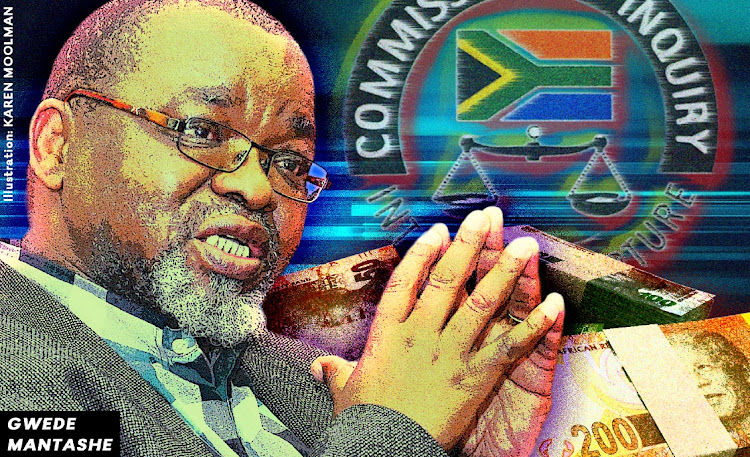 Gwede Mantashe has threatened to apply for a judicial review of the Zondo State Capture Commission’s findings against him. In his third report Judge Zondo has reccommended that the NPA investigate Mantashe's dealings with Bosasa. The ANC should enforce the step aside rule, when reasonable amounts of suspicion are raised with their leaders. Graphic: KAREN MOOLMAN

Mineral resources & energy minister and ANC chair Gwede Mantashe has threatened to apply for judicial review of the Zondo state capture commission’s findings against him, the first ANC member to do so.

The political implications are especially relevant in the wake of the recently updated ANC step-aside rule, which has drawn censure from President Cyril Ramaphosa’s political opponents.

The commission, chaired by newly appointed chief justice Raymond Zondo, was tasked with investigating allegations of state capture and generally restoring confidence in the government’s functioning. In his third report Zondo recommended that the National Prosecuting Authority (NPA) conduct further investigations into the “reasonable suspicion” of corruption in Mantashe’s dealings with the services company Bosasa.

Judicial review is one of the democratic mechanisms that regulate the exercise of public power. The power originates from the constitution, which proclaims in section 1(c) that the rule of law is a founding value of SA’s democracy. In terms of the rule of law the judiciary is empowered to regulate the exercise of public power by the legislature and the executive.

Two parallel legal systems exist for reviewing the conduct of public officials. On the one hand, if the exercise of public power constitutes administrative action as defined in the Promotion of Administrative Justice Act, it is reviewed in terms of the act’s requirements.

On the other hand, if the exercise of power is not administrative action — usually if it is of a legislative, executive or judicial nature — then it is reviewable under the common law principle of legality. This standard of review is less rigorous than that of administrative action, in the interests of safeguarding the separation of powers between the trias political (three powers).

Mantashe might try to challenge the findings as administrative action, which could subject the decision to stronger judicial scrutiny, or opt for the simpler and more user-friendly “safety net” approach of the principle of legality. As will be revealed, his likelihood of success under each pathway of review is low, implying that his legal challenge has questionable intentions.

The threatened judicial review highlights a legal uncertainty. SA law is unclear on whether it is possible for the findings of a commission of inquiry to constitute administrative action reviewable in terms of the Promotion of Administrative Justice Act.

In the ground-breaking judgment of Corruption Watch versus Arms Procurement Commission, the high court was asked for the first time to review the findings of a commission of inquiry. It was held that the judiciary did have the power to review and set aside its findings, but the court did not consider the application of Promotion of Administrative Justice Act. Instead, it used the principle of legality as the basis for its judgment. This incorrectly avoided the act as the default pathway of review, and has led to an unfortunate lack of clarity.

However, even if an inquiry’s findings could constitute administrative action, it is unlikely that the commission’s findings against Mantashe would themselves fall within the act’s definition, since they do not have a “direct and external legal effect”. In this case, the report merely recommended further investigations into the “reasonable suspicion” of corruption against Mantashe. Prima facie evidence of a crime was lacking.

In Viking Pony Africa the Constitutional Court argued that “it is unlikely that a decision to investigate ... which excludes a determination of culpability, could itself adversely affect the rights of any person in a manner that has a direct and external legal effect”.

Thus, it is most likely that this decision would be reviewed in terms of the principle of legality, specifically rationality. A rationality review would ask whether there is a rational connection between the commission’s recommendations against Mantashe, as well as its means of reaching this decision, and a legitimate governmental objective.

Applying this test, it would be dubious to argue that the commission’s investigation was not conducted with the required “open and enquiring mind” given the commission’s quasi-judicial nature and extensive consideration of all the available evidence.

It therefore does not seem that a judicial review of the Zondo commission’s findings by Mantashe will be successful. However, it could have significant political implications.

Mantashe’s proposed challenge to the commission undermines the ANC’s and Ramaphosa’s promises that the party is being renewed and is committed to weeding out corruption. It could also incentivise ANC members to adopt a “Stalingrad” legal defence strategy for every finding that implicates them, weakening the authority and purpose of the commission.

The challenge would also undermine political accountability. Mantashe has reasoned that the ANC’s step-aside principle does not apply to him because he has not (yet) been criminally charged by the NPA. Indeed, this is a technical loophole in the internal party rule.

It is problematic since it makes the rule on political accountability entirely dependent on the capacity and inclination of the NPA to hold someone legally accountable. It sets the bar of political liability too low. The electorate cannot rely purely on the dysfunctional criminal justice system to hold public figures accountable — a system that has been deliberately weakened to protect politicians from prosecution. There has to be political accountability in its own right, especially if legal accountability fails.

Due to the closed-list proportional representation system, the people of SA depend entirely on the governing party to hold its individual members politically accountable. The ANC’s step-aside rule needs to fulfil this responsibility more effectively. In fact, Ramaphosa is already on track to fortify the rule — the ANC’s national executive committee has resolved to close a loophole that previously allowed those facing criminal charges to still run for re-election in absentia.

Yet despite this small victory more needs to be done to make the step-aside rule effective. Retention of positions in leadership, especially those in the cabinet, should depend on a higher standard than that faced by criminals on trial.

• Acton is with Good Governance Africa.

Judges lack tools of the trade, such access to literature and a working internet
National
2 weeks ago

The ANC national chair told party delegates that if they are not united after the conference, ‘even the slightest chance of rebuilding and renewing ...
Politics
2 weeks ago

‘I personally called the sitting president a thief to his face,’ says Bonang Mohale