Municipalities need to add a new category for hotels to property classifications, charging fees that cover their costs but don’t exploit hotels at the expense of job creation 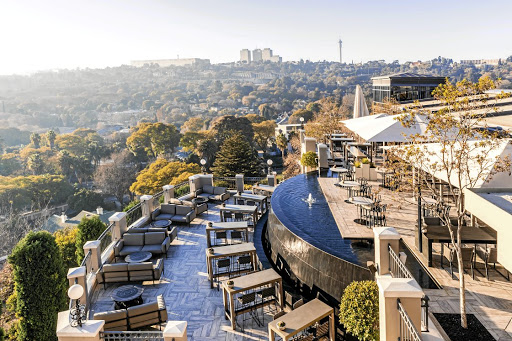 SA’s hotel sector is never going to recover and create the jobs the country so desperately needs if municipalities continue to lump them in the same category as commercial property and heavy industry, subjecting hotels to rates and utilities costs that are triple those paid by residential properties.

That’s why municipalities need to add a new category for hotels to their property classifications, charging rates and utilities fees that still cover their costs but don’t exploit hotels at the expense of job creation.

Charging hotels similar utilities costs to those levied on residential properties may well see those hotels paying the highest rate on the sliding scale for water and electricity costs — but this would still mean hotels would pay less than half of what they do under their current classification as commercial properties.

This change would be an immensely welcome boost to the sustainability of the hotel industry, which was plausibly the worst affected by the pandemic. While industry continued to manufacture, and retail continued to trade, the country’s hotels were forced to close. Even when they reopened it was only to 25% or lower occupancy rates — and without the income boost from international tourists.

Despite this, the hotel sector is charged the same rates, taxes and inflated utilities costs as the sectors that survived and even thrived through the pandemic. It simply doesn’t make sense at a time when every work opportunity should be nurtured and encouraged, in the context of one of the world’s most tragic national unemployment rates.

It is true that SA’s hotel sector had its highest occupancy rate in March since the beginning of the pandemic. However, it is also true that most hotels are charging the same rack rates as they were in 2019 — even though Eskom’s rates have gone up significantly every year, and municipalities’ rates have increased annually too.

Even though many hotels managed to stay open during the latter half of the pandemic, they did so on low occupancy rates and still paid their staff — operating at a loss. Many were not even able to do that and closed their doors — and the job opportunities they had offered.

Those that would like to reopen and welcome their former employees back simply cannot, because their municipal rates and utilities costs are just too prohibitive. This means the hotel businesses that still owe municipalities money despite having closed their doors will never reopen — and the municipalities are unlikely to ever see the money that is owed to them.

The country’s thousands of Airbnb properties and other types of accommodation in residential areas benefit from residential rates and utilities prices — despite not having the potential to create hundreds of jobs that hotels do.

The hotel industry wants to get on with its job and create jobs — the jobs that are going to kick-start the economy, grow the middle class, and in turn, grow those municipalities’ customer bases over time. They just need to make that investment into the hotel sector so that the whole economy can grow, to everyone’s benefit.

• Wachsberger is MD of The Capital Hotels and Apartments.

Tills are ringing merrily again in brick-and-mortar stores, but SA shoppers may have to rein in their spending sooner rather than later
Features
4 weeks ago

A flag is so much more than a colourful piece of cloth. How did the old oranje-wit-en-blou go from ‘reviled by Afrikaners’ to a symbol of apartheid ...
Features
1 month ago

For investors who want to jump in as holiday travel recovers

HAMZA FAROOQUI: Tourism is a promising field for entrepreneurs willing to face fastballs

Thandi Tobias on the need for the government to practise what it is starting to ...

Thandi Tobias on the need for the government to practise what it is starting to ...