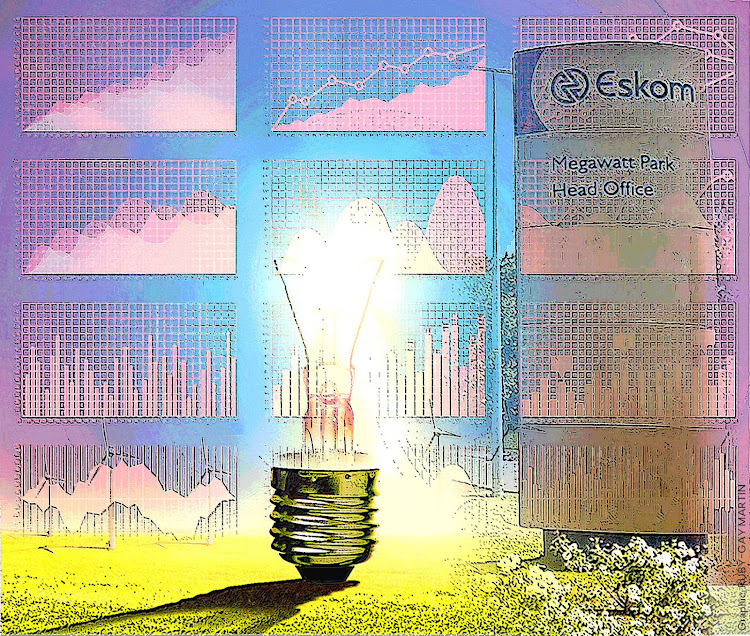 Intermittent power cuts in 2007, 2008, 2014, 2015 and every year since 2018 have propelled South Africans into periodic bouts of frustration and depression. And then the lights come on again, spirits lift, and pressure on the government to fix the power system subsides somewhat.

]Is there now complacency in the government that load-shedding is the new normal? Where is the urgency to resolve this crisis?

The average energy availability factor of Eskom’s generators has declined inexorably from above 90% 20 years ago to just more than 60% now, with two exceptions when it rose in Eskom’s financial years 2017 and 2018. The average age of the utility’s coal power stations is more than 40 years, and some are beyond their design life.

The obvious solution has been to exhort Eskom to buck the long-term trend of declining performance, to catch up on maintenance, and to emulate the so-called miracle performance of Brian Molefe, who was briefly Eskom’s CEO sometime in 2015 and 2016, and Matshela Koko, who was subsequently an acting CEO, also briefly. Surely, it’s possible to raise the performance of Eskom’s generators back up to 75%, as they apparently did?

Simple. Except it’s not so simple. Any scientist looking at a 20-year set of data with a consistent long-term downward trend would question the two obvious data outliers in 2017 and 2018. A credible explanation would need to be offered why performance was extraordinary in those years. Among Eskom’s 47,000 employees at the time, one man, Molefe, without any prior experience in the power sector, evidently created a miracle.

Actually, the first thing Molefe did was ban the publication of weekly generation performance data. And, in a fit of hubris, he threatened to close down a publication that raised critical questions. Koko, who had worked at Eskom since 1996, argued that it was his “practice note” in 2016 that did the trick. Rather, it seems, his authoritarian red-card system struck the fear of god into his power station managers who, anticipating sanctions and dismissals, might have underreported power station problems, and ran them much harder than experience would regard as prudent. The consequences are now clear.

Koko argues that this is impossible. Eskom auditors signed off on his data, and he won (sort of) an appeal to the Press Council against an article that claimed he had cooked the data. I would argue that neither Eskom’s annual auditing process, nor the judge presiding over the press case, were sufficiently exposed to technical details that showed how manipulation of the data might have been possible.

From 2007, as the generation reserve margin declined, Eskom managers were constrained in their ability to set aside sufficient plant for maintenance. The mantra leading up to the 2010 Fifa Soccer World Cup in SA, was “Keep the lights on at all costs”. And now we bear those costs. Since then Eskom’s executives have sought to recover the generation fleet and invest more in maintenance. Some have done more, others less, but all have seen this as a priority, as does the current Eskom leadership.

So what is it that Molefe and Koko can offer in the current crisis: dancing E-band managers in Megawatt Park, whose numbers and salaries were hiked overnight?  Molefe resigned after being exposed by the public protector’s report on state capture. And, as the realities of Koko’s management style took effect, 220 (yes, that many!) senior Eskom managers signed a letter to President Cyril Ramaphosa expressing their concerns. Koko resigned soon after, ducking a disciplinary process.

I believe most of the current Eskom employees are trying their best, but that the goal of reversing the long-term decline in Eskom’s ageing power stations is really difficult, expensive and no longer the only, nor indeed the optimal, solution. We need to add new generation capacity as fast as possible to restore supply security. There has been rapid innovation in the power sector, which now sees renewable energy plus storage and flexible resources as the cheapest options to provide reliable electricity. And consumers are becoming producers of electricity — in effect “prosumers”.

One of the first things the Ramaphosa administration did was unblock the renewable energy independent power producer (IPP) projects, whose power purchase agreements Molefe and Koko refused to sign. Unfortunately, the hiatus in IPP procurements between 2015 and 2019 has meant sufficient new generation capacity has not come online in time to avoid load-shedding.

While we need to continue efforts to improve Eskom’s performance, we also need more urgency in accelerating new investments in power generation. It’s intolerable that SA’s mineral resources & energy minister, in office since 2019 and with extraordinary statutory powers, thinks he is doing his job by implementing an out-of-date Integrated Resource Plan, behind time and without him causing a single new publicly procured megawatt to come onto the grid, as yet.

The government needs to show more urgency. It could do so by making decisions more quickly. Existing IPPs should be allowed to export more electricity to the grid. They can, and they are willing. I don’t know too much about Eskom’s standard offer to small generators, but it seems worth exploring. Why has the government not signed off on this, six months after approval by Eskom’s board?

We need to double the power procurement from the IPP office and continue with regulatory and structural reforms that facilitate private and consumer ownership in power. Ultimately, the government needs to provide greater leadership in making the independent transmission system and market operator a reality, a transparent and fair platform for contracting and trading new power, and providing nondiscriminatory access to the grid with enough capacity to deliver adequate power to consumers who increasingly want choice, competitive prices and a reliable electricity supply.

• Eberhard is emeritus professor and senior scholar at the Power Futures Lab at the University of Cape Town’s Graduate School of Business.

The risk of a grid collapse is ‘very low’ due to a range of protection measures, says the utility
National
2 months ago

WATCH: DA wants Eskom to be declared a state of disaster

CARTOON: Not much on at Eskom

CARTOON: Not much on at Eskom