Black lobby groups have bemoaned the lack of appointment of black people in leadership at Absa, missing a golden opportunity to find a strategy for black people to take control of African Bank 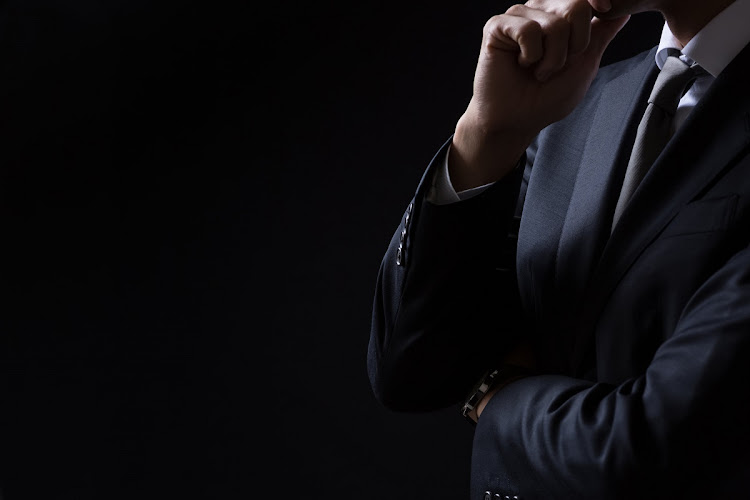 In many instances the appointment of black CEOs does not translate into meaningful transformation, the writer argues. Picture: 123RF/TAA22

As time goes by the fog of contestation and frustration hanging over BBBEE policy is slowly lifting; the picture is getting clearer.

Over the past few years there have been simmering tensions over what some influential people in the black business community and in government perceive to be strong resistance to transformation and empowerment policies by white-owned businesses.

There was a time, 15-20 years ago, when black people felt they were claiming a piece of the SA economic pie, acquiring stakes in mainly white-controlled, JSE-listed companies and getting invitations to seats on the boards of these companies in the name of including them in the mainstream economy, to atone for their exclusion during the apartheid and colonial eras.

But of late black people have felt they are being excluded again. The latest flare-up of discontent was triggered by the announcement in March of the appointment of Arrie Rautenbach as CEO of Absa Bank, to replace Daniel Mminele following his departure in April 2021.

Prior to the Rautenbach’s appointment there were two developments that took place that have been viewed in a bad light by government officials and black business lobbyists. The first was the high court judgment in September 2021 that ruled that the Mining Charter was not binding legislation, and that companies were not obliged to conclude BEE transactions.

This judgment has had huge implications for black empowerment because it in effect gave a nod to the implementation of the highly-contested “once-empowered, always empowered” principle. This meant companies that have sold empowerment stakes to black investors don’t have to redo BEE deals after black investors have sold and exited, implying that they can retain their empowerment ownership status forever. Black business lobbyists had insisted on companies retaining their BEE ownership status for five years and then having to find new black owners to replace the ones that exited.

The second major development that has stirred unhappiness happened in February when the Constitutional Court handed down judgment confirming a Supreme Court of Appeal judgment that nullified the planned implementation of the Preferential Public Procurement Framework Act (PPPFA) regulations, which were promulgated in January 2017.

These regulations introduced prequalification criteria, whereby organs of state only allowed certain designated groups to tender for government contracts while excluding companies that were not 51% black-owned from bidding. The regulations also made provisions for tenderers, where feasible, to subcontract 30% of work to 51% black-owned suppliers for contracts with a value of more than R30m.

The judgment was a defeat for finance minister Enoch Godongwana, who had brought the case against Afribusiness NPC, which argued that the prequalification criteria were unlawful and insisted that tenders be adjudicated based on price competitiveness. No-one can fault Afribusiness’s insistence on price competitiveness given that BEE has, for some time, been used as a Trojan Horse to loot and steal state resources.

Where do these developments leave us as a country given their potential to strain race relations? In the private sector it appears the “once empowered, always empowered” principle is already being practised, with black investors having exited some corporates without being replaced by new black investors.

This probably explains why the likes of Absip, the Black Management Forum (BMF), and the Black Business Council (BBC) are bogged down in fighting for the employment of black people in senior management positions and on the boards of listed companies, rather than encouraging blacks to increase their ownership and control of the economy through establishing and operating their own companies.

These lobby groups lost the battle to have the “once empowered, always empowered” principle made into law and are now focusing their attention on employment equity. This is understandable given that 64.7% of positions at top management level in formal employment are still occupied by whites, according to the Commission for Employment Equity.

However, this disproportionate focus on employment equity is paralysing the black business community and preventing black people from taking advantage of opportunities that could increase its ownership and control of the SA economy.

For example, black lobby groups have made a lot of noise about the lack of appointments of black people in leadership positions at Absa Bank, missing a golden opportunity to come up with a strategy for black people to take control of African Bank.

They have also missed an opportunity to put pressure on the government to establish a state bank, which could act as a vehicle that serves black consumers and businesses.

African Bank, which was established by black people in 1975, is going to be listed on the JSE after the SA Reserve Bank failed to find suitable investors to buy its 50% stake in the lender. A bold attempt should have been made to put together a consortium of black investors to acquire African Bank, including putting political pressure on government.

However, this did not happen, and an enormous amount of energy was spent on fighting Absa to employ a black CEO, and prior to that, clashing with the bank over Mminele’s departure. We now know that Mminele was given a golden handshake of R30.47m to ease his parting with the lender.

There is nothing wrong with applying pressure to change the upper echelons of corporate SA, but our country needs to start creating black industrialists that own and operate large corporates. Taking control of African Bank could have been a step in the right direction towards realising that vision.

In many instances the appointment of black CEOs does not translate into meaningful transformation and a trickle down of benefits to the black poor. It can be just a “feel good factor”. Black people must start playing for the big stakes now.

The government must take a decisive investment bet on Macadamia, particularly in the Eastern Cape, which is struggling to create jobs
Opinion
1 month ago

Government is the biggest sector in the province, where lethargy and unemployment rule
Opinion
1 month ago