SARAH MOERANE: Is public procurement in a state of limbo? 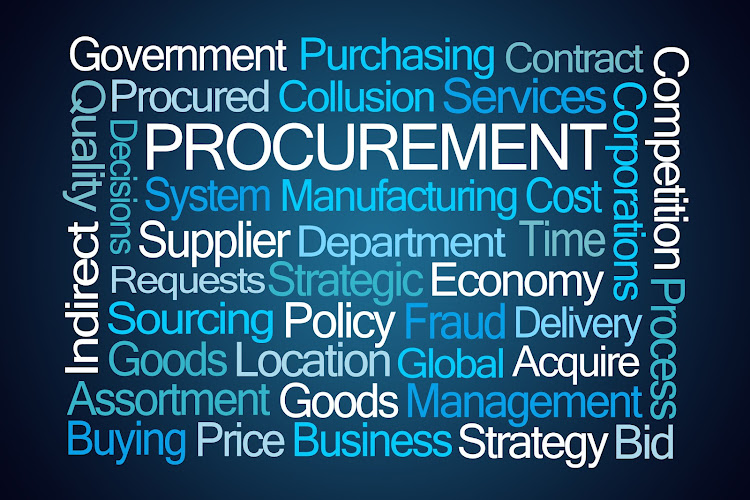 Public procurement in SA is undeniably tied to the country’s socioeconomic objectives and is an important tool to achieve transformation. Recently, in the matter of Minister of Finance v Afribusiness NPC and Others, the Constitutional Court confirmed a decision of the Supreme Court of Appeal (SCA) that found that the preferential procurement regulations promulgated by the minister on January 20 2017 in terms of the Preferential Procurement Policy Framework Act were invalid.

That court held that the 2017 regulations were rational and lawful. Afribusiness appealed to the SCA, which found that the minister had failed to act within the scope of his powers under the act. Consequently, it held that the minister’s promulgation of regulations 3(b), 4 and 9 was unlawful and declared the 2017 regulations invalid as they were inconsistent with the act and section 217 of the constitution. The declaration of invalidity was suspended for 12 months.

The Constitutional Court’s decision to uphold the SCA ruling has led to some stakeholders going to the extent of questioning whether procurement in the country is in a state of limbo. The main cause of the uncertainty is based on the lack of clarity on when the suspension period begins to run. Is it from the date of the SCA’s order, meaning the period of suspension expired on November 2 2021, or does the invalidity take effect from March 16 2022, being the date of the Constitutional Court judgment?

In response to this uncertainty, on February 25 the Treasury issued a note advising organs of state not to issue new tenders. This prompted much criticism from various stakeholders, and the Treasury has since issued a further advisory note explaining that until there is guidance from the Constitutional Court on the status of the 2017 regulations or the new regulations take effect, organs of state may request a public interest-based exemption in terms of section 3(c) of the act. Organs of state such as Transnet have applied for exemption.

To answer the question relating to the suspension period, it is necessary to set out a brief timeline. The first event in the timeline was the handing down of the SCA judgment on November 2 2020. In terms of the SCA’s order the declaration of invalidity of the 2017 regulations was suspended for 12 months, which meant they would cease to be of force or effect 12 months from the date of the order.

Section 18(1) of the Superior Courts Act provides that other than in exceptional circumstances, the operation and execution of a decision that is the subject of an appeal are suspended pending the finalisation of the appeal.

Therefore, the minister’s appeal to the Constitutional Court had the effect of suspending the SCA’s order (and consequently the running of the period of suspension). When the Constitutional Court subsequently confirmed the SCA’s order, the 12-month suspension period began to run, with the effect that the 2017 regulations are valid until March 16 2023.

Even if the Constitutional Court finds that the suspension period expired in November 2021, we are of the view that it is incorrect to conclude that procurement in SA is in limbo, that there is an absolute bar on preferential procurement or that procurement should be halted until such time that new regulations are promulgated. The framework for procurement — the act — is still in place, and as such the procurement process should be led by the act, specifically by section 2. It should be noted that the pre-qualification option in the regulations did not replace the preferential point system encompassed in section 2 of the Act.

While it is true that limiting the tender process to section 2 may not appear to do much to further the transformation objectives that the 2017 regulations envisaged, it permits organs of state to formulate their own criteria for tenders, which must be consistent with the act and section 217, with points for specific goals such as gender and disability-based goals that seek to achieve the objectives of preferential procurement.

The draft regulations published on March 10 appear to be a mere replication of section 2 of the act and are a major departure from the 2017 regulations.

An interesting question is whether, given the change in stance reflected in the draft regulations, this spells the end for pre-qualification criteria to the extent that they were in the 2017 regulations. The Broad-Based Black Economic Empowerment (BBBEE) Act suggests perhaps not.

Section 9(1) allows for the minister to, by notice in the Government Gazette, issue codes of good practice on BEE that may include qualification criteria for preferential purposes for procurement and other economic activities. To this extent organs of state may possibly still be able to issue tenders with pre-qualification criteria, provided that the minister issues a notice in terms of section 9(6) of the BBBEE Act.

For now we find ourselves at an interesting juncture in the procurement space, eagerly awaiting the guidance of the Constitutional Court and, most importantly, the draft Public Procurement Bill, and the outcome of the public consultation on the draft regulations.

• Moerane is director at Werksmans Attorneys.

Mudiwa Gavaza speaks to Leon Steyn, CEO at Dante Deo, a specialist IT sourcing and procurement firm
National
4 months ago

MZUKISI QOBO: The legacy of Corruption Watch and the challenges ahead

Judge rules Magashule ‘should not be allowed unfair advantage’ over corruption ...

MZUKISI QOBO: The legacy of Corruption Watch and the challenges ahead

Judge rules Magashule ‘should not be allowed unfair advantage’ over corruption ...