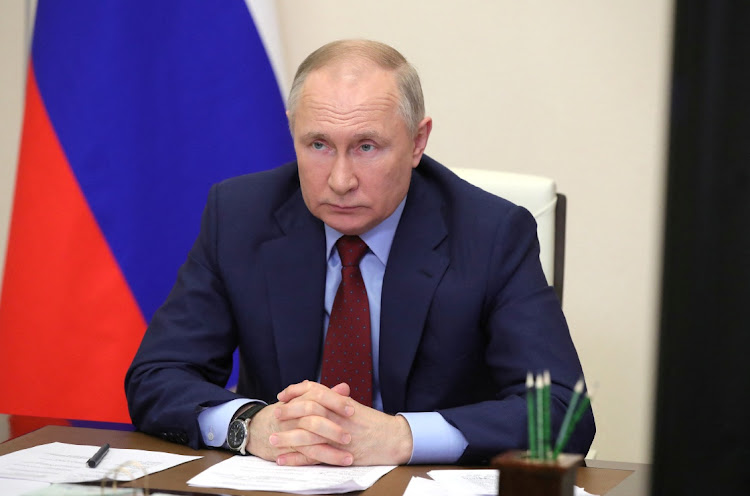 I am grateful to Milton Shain for raising the issue of the importance of ideology in Russia’s war in Ukraine, as for Russia it is indeed an ideological war ("Don’t underestimate the power of ideas: Putin is armed with them", March 4). However, I am surprised that Shain did not mention Russian philosopher Ivan Ilin (1883–1954), the most important of all who inspire the Russian president.

Putin has said this himself many a time, most recently last October at the meeting of the prestigious Valdai Club: “You know, I do not want to say that it is only Ivan Ilin, but I read Ilin, yes, I read him until now.” He mentioned Eurasianists Nikolai Berdiaev and Lev Gumilev too, though only in passing, but not their prominent and popular successor, Alexander Dugin, probably because he is still alive. Putin and his entourage often quote Ilin and refer to his ideas. So, what are these ideas?

Ilin saw Russia as a big Eurasian space inhabited by Russians, whom he thought of as a superior nation, and smaller peoples directed and ruled by them. In 1934, he formulated “the Russian national idea”, the core of which was the prevalence of the will of the state over the will of the individual. This was because only the state could see what God’s Good was and could show the people the way to it. In Ilin’s view, a person choosing his or her own way or nation was akin to a cell trying to separate itself from the body.

Russia had to be “state–historical, state–nationalist, state-patriotic and state-religious”. The state had to be empowered to instil a specific “spiritual character” in the Russian population and to educate and re-educate it in accordance with these principles. This new spirituality should be based on “selfless love for and faith in” three objects: “God, motherland and the national leader.” There had to be a permanent “new selection” of those who have mastered this spirit. Those who did not pass had to be “reined in and denounced” and doomed to the “lowest rank in society”.

Ilin hated liberal democracy and lauded Hitler for leading Germany out of the “democratic blind alley” and creating a “new spirit” in the German nation. But he admired Italian fascism even more. “Italian fascism,” he wrote, “has expressed in the Roman way the ideas on which Russia was built from the beginning” and to which it should return. Ilin did not change his mind even after the World War 2, despite what he called Hitler’s and Mussolini’s “mistakes”. He thought “Franco and Salazar understood this and are trying to avoid such mistakes”.

In effect, Ilin propagated a national dictatorship with an exceptional role for the church and the military — all for the purpose of defending Russia’s Eurasian space from innumerable enemies, who were all waiting for any signs of weakness in Russia in order to dismember it, to tear it apart. The first act of such a dismemberment, he thought, would be the separation of Ukraine from Russia — unnaturally and artificially, as Russians and Ukrainians were in his view one nation.

Ilin was a professor at Moscow University, a passionate opponent of the Bolshevik revolution and a monarchist. He was exiled by the Bolsheviks and from 1922 to 1938 lived and worked in Berlin. Then he moved to Austria, where he died and was buried, but in 2006 the Russian government repatriated his body and reburied it at the prestigious Donskoi Cemetery in the centre of Moscow. Putin consecrated his grave in 2009. From 2011 his books became required reading for Russian officials and Putin’s elite. Ilin’s lessons were obviously well learnt.

LETTER: Putin’s no angel, but neither is the US

STEVEN KUO: The strong do what they can and the weak suffer what they must

LETTER: Does Putin have a fail-safe?

LETTER: Lessons for Putin on the power of nationalism

LETTER: Does Putin have a fail-safe?

LETTER: Lessons for Putin on the power of nationalism