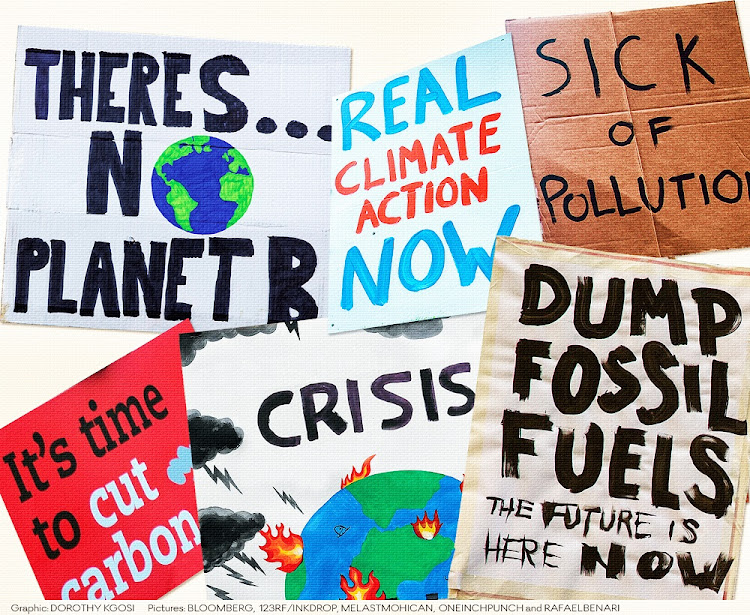 As the devastation wrought by the coronavirus and war in Ukraine dominate public discourse, a global threat to humanity and the environment is intensifying, and the fallout is set to endure long after the pandemic and the conflict abate — unless the world very rapidly changes course.

That is among the key takeaways from the Intergovernmental Panel on Climate Change’s (PCC’s) latest research released this week. Developed by a global team of scientists, the third instalment of the panel’s sixth assessment report focuses on mitigation, outlining how the world is already tackling climate change and what can be done now and in future to reduce greenhouse gas emissions to limit its adverse effects.

The report builds on previous IPCC assessments and makes several critical observations, among them that emissions have continued to rise over the last decade despite the global recognition of the problem, albeit at a slower rate of increase compared to the prior 10 years. Despite the growth in emissions, it is shown to still be possible to contain the increase in average global temperature to below 1.5°C, considered to be the maximum if the worst effects of climate change are to be avoided. However, substantial effort is required from all relevant stakeholders to achieve immediate and extensive reductions in emissions across sectors, industries and regions.

It is increasingly evident that meeting the temperature targets will require global greenhouse gas emissions to peak by 2025 and reduce by 43% by 2030. Carbon dioxide emissions will need to be reduced to net zero by about 2050. That not only requires substantial reductions in emissions, but for any remaining emissions to be offset by sinks that remove the gas from the atmosphere through afforestation, reforestation, land management or technological interventions, collectively known as carbon dioxide removal.  While countries have agreed to reduce emissions and some have even succeeded in decoupling their emissions from economic growth, the report highlights the enormous gulf between current commitments that run to 2030 and the action that needs to be taken to meet the net-zero targets.

The gap cannot be attributed solely to a lack of viable opportunities to reduce emissions. The analysis shows it is already possible to halve emissions by 2030 from 2019 levels at a cost of $100 per tonne of CO2 or less, and in some instances emissions reductions can even result in net savings. The cost of renewable energy produced from solar and wind plants, backed up by batteries, has fallen by as much as 85%, resulting in a rapid increase in uptake, and these technologies will play an pivotal role in tackling climate change.

Decarbonisation of power supply coupled with increased electrification of the residential and industrial sectors using clean energy, as well as the widespread use of electric vehicles, provides multiple emissions reduction benefits, the report notes. The costs, mitigation potential and implementation requirements of opportunities that can play a role in reducing emissions from industry, forestry and land use, buildings and urban infrastructure are discussed. For the first time, the role of changing demand and consumption patterns, including switching to alternative transport options and buying products and services with lower emissions, is explored. Decarbonising food supply and shifting diets to lower emissions options are further areas of focus.

Investment risks attached to the low-carbon transition, especially for producers of oil, gas and coal, are highlighted. Meeting emission reduction goals will require a 70%-90% decrease in coal consumption without carbon capture and storage by 2030, and significant reductions in oil and gas utilisation by mid-century. This will result in infrastructure and deposits being stranded, a consideration that should already be taken on board in investment decisions given the lifespan of infrastructure in these sectors.

The barriers to more concerted global action to tackle climate change include insufficient financial flows, including those from developed to developing countries. The report notes that the funding needed to reduce emissions to keep global warming below 2°C by 2030 needs to be increased by a factor of three to six from current levels. It also calls for increased international co-operation to share technology, knowledge and experience to address climate change. Participatory and co-ordinated policymaking and regulatory instruments are needed within all levels of government, rather than the isolated and uncoordinated interventions that prevail in many countries.

The vastly different environmental footprint left by the rich and poor is evident: developed countries, home to 16% of the world’s population, emitted 24% of global greenhouse gas emissions in 2019, while just 3% came from the least developed countries that have 14% of the population. The wealthiest 10% of households generate about 40% of global emissions, and the poorest 50% less than 15%. The disparity doesn’t excuse low emitters from taking action, both to reduce current emissions and to avoid high levels of growth in the future. Rather, the case is made for countries to explore growth and development pathways that are aligned with sustainable development and low emissions.

The IPCC assessment is a wake-up call to governments, business, academia and the public to take action, and fast. The world simply cannot afford to put the imperative to address climate change on the back burner each time a new and seemingly more immediate crisis comes along.

• Prof Cohen, a lead author on one of the working groups that contributed to the IPCC’s latest report, is director of Cape Town-based consultancy The Green House, and an honorary professor in the chemical engineering department at the University of Cape Town.

Only immediate, ambitious climate action will keep global temperatures from rising 1.5°C beyond the pre-industrial average, the report says
World
2 months ago