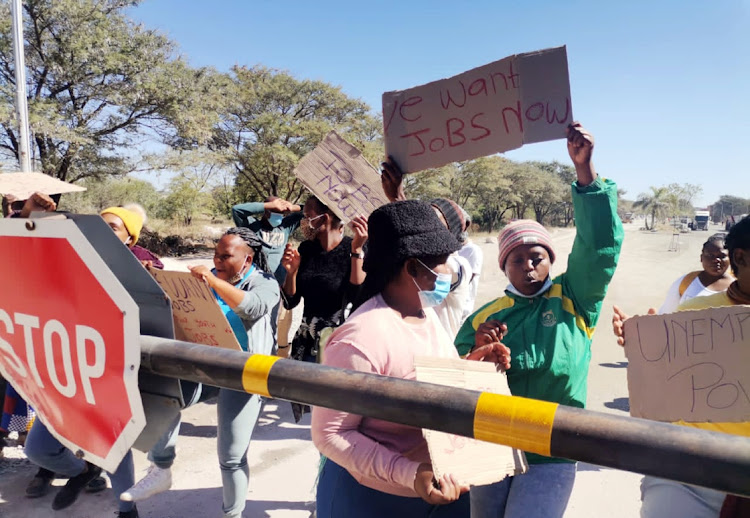 SA’s reputation, in fact its very standing, as the industrialised leader of the African continent is diminishing. On Statista.com the country is listed as the third-largest economy in Africa in 2021 with a GDP of $329.53bn, trailing both Egypt (GDP $394.28bn) and Nigeria (GDP $514.05bn). Our presence on the world stage has never been weaker.

In addition, a worrying indicator with the steepest upward  trajectory that shows no sign of slowing is the unemployment rate. In the fourth quarter, the official jobless rate stood at a staggering 35,3% —  the highest official figure recorded since the start of the Quarterly Labour Force Survey in 2008.

At a recent Inclusive Society Institute dialogue, labour representatives said that under prevailing economic conditions South Africans who are fortunate enough to be employed — those who make up the hard-working labour force — require all the help they can get to reach their full potential. The country’s GDP depends on their energy and motivation.

But certain problems have been simmering for years. For example, the issue of foreign nationals taking South Africans’ jobs, according to the labour representatives, is nearly boiling over. As things stand, SA may soon see levels of xenophobia last experienced in 2008.

On the positive side, green shoots are pointing to the government’s willingness to address  concerns in the labour sector. On March 2, employment & labour minister Thulas Nxesi officially tabled the National Labour Migration Policy (NLMP) for public comment and engagement. Touting it as the government’s first comprehensive labour migration policy, the minister said “the government has researched extensively and benchmarked internationally in search of policy based on best practice”.

Together with the NLMP, amendments to the Employment Services Act (2014) have been proposed to limit the extent to which employers can employ foreign nationals. But it’s not enough. The most pressing issue is not the influx of foreigners, though immigration remains a sticking point that needs to be solved. It's SA’s internal difficulties that stand in the way of real progress. The failing state-owned enterprises (SOEs) come to mind,  as do its corrupt politicians, their hands caught in the cookie jar, who are not brought to book for their misdeeds. The country’s jails are as empty of these crooks as the state coffers are of funds.

Something needs to shift, and a suitable starting point might be an upward curve in the political will of the powers that be to effect change. SA’s economy is growing at a snail’s pace. Though growth was projected to rebound to 5.2% in 2021, the economy is forecast to slow to 1.9% in 2022 and 1.6% in 2023. For a country brimming with natural resources, this growth rate is well below what could be achieved.

While solutions such as the National Anti-Corruption Strategy 2020-2030 (NACS) have been tabled, it still needs to be implemented. Across the board, these well-thought-out policies and ideas are not being implemented. Promises are not being kept as people in key positions seem to lack the energy, will or competence to act.

Labour is of the view that another beneficial shift might be a move away from government’s seeming obsession with neoliberal macroeconomic policies. Its austerity measures that result from neoliberalism do not address the lived realities of most South Africans. And with no state-led development — and the private sector pretty much on an investment strike — money is not ending up in the pockets of the people. The trickle-down effect the country has been waiting for has not come, which means the people are excluded from the economy, and so are not contributing to growth.

Research shows that SA finds itself in the so-called middle-income trap, with a middle-income economy failing to transition to a high-income economy due to rising costs and declining competitiveness. The country’s macroeconomic policies are not assisting its social and industrial policies. Expenditure on industrial incentives is lacking, which does little to grow manufacturing. As a result, SA’s social cohesion is being tested as economic strife is compounded by the high levels of inequality still seen in the healthcare and education sectors, among many others.

The economic growth policies in play are most certainly helpful, but they are piling up. Since 1994, about 20 major policies — from the Reconstruction & Development Programme (RDP) to the Growth, Employment & Redistribution (Gear) programme, as well as the recently conceived master plans — have made it onto government officials’ desks. Perhaps, then, the best policy will be one of fewer policies and more action. And if new policies are brought to life, the rule should be to first make sure they are pragmatic, such as a drive to build greater digital infrastructure and a renewed commitment to upskilling artisans.

SA is a proud and functioning member of the world economy. The country may have dropped a couple of rungs on the leader board of industrialised nations in Africa, but that does not mean it is out of the game. Growth and prosperity on the scale seen in South Korea and elsewhere are within reach and might very well be on the horizon if we follow the right path.

Unemployment rate rises to 35.3% in 2021 fourth quarter with no sign of slowing
Economy
4 months ago

BRIAN KANTOR: Work not rewarding enough for many classed as unemployed

Thus the demand for immigrant labour, which is easier to turn on and off
Opinion
4 months ago