SA has distinctive advantages buoying the rand, but given the risks ahead it's more important than ever that the government accelerates its economic reform agenda 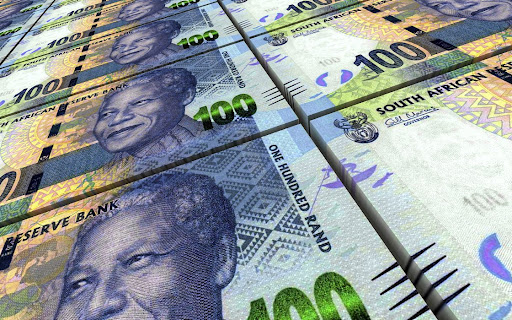 The rand has appreciated 4% or more against various currencies since the start of Russia's invasion of Ukraine. Picture: 123RF/PPART

The global economy is in flux given the destabilising effects of the Ukraine war, sanctions and explosive energy prices coupled with Covid-19’s lingering impact. This isn’t a condition one would normally associate with a robust rand. Yet not only has the currency strengthened, but it’s also seen a remarkable lack of volatility.

Since February 24, when Russia first invaded Ukraine, the rand has appreciated 4% or more against various currencies, ranging from the dollar and euro to the Indian rupee, South Korean won and Polish zloty. Even more striking is its much-reduced volatility. In the 32 days since the war erupted, the dollar-rand exchange rate has traded in just a 100c band, between R15.50 and R14.50, despite the superelevated volatility in global markets. This range even narrowed to 30c in certain weeks, a spread normally seen in a day, not a week.

It’s clear SA must have some distinctive advantages buoying the rand. One is that the country’s direct trade with Russia and the Ukraine is limited. The two countries account for only 0.5% of SA’s exports, and less than 1% of imports, with neither being the main source of our wheat and fertiliser requirements, while SA scarcely imports any oil and fuel products from Russia. Helpful, too, is that SA has little in the way of direct financial exposure. Investments by domestic financial and non-financial institutions in Russia make up only R2bn of SA’s R8-trillion stock of foreign assets.

Another crucial differentiator is that SA competes with Russia, exporting several of the same hard commodities. Though the oil price has surged 25% since February 24 because of the war and sanctions, the prices of commodities SA exports, such as gold, palladium and iron ore, have also increased, with a 40% jump in the coal price the most striking. If the coal price remains elevated and SA exports the same 65-million tonnes it did in 2021, the additional revenue derived from coal alone could be about R150bn in 2022.

This windfall would comfortably exceed the extra SA stands to pay for costlier oil (and wheat) imports this year. While this still leaves the country vulnerable to sharply higher imported inflation, increased export commodity prices clearly give the country a significant advantage.

Distance is also a plus. The currencies most affected by the war have been those with proximity to the conflict. East European currencies have had a notably bad time of it, while Latin American currencies have held up well, just like the rand. Besides these dynamics, SA’s macroeconomic policy environment is also finding favour with foreign investors. As an “early hiker” the SA Reserve Bank is getting credit for being on top of the inflation curve, or even slightly ahead. The finance minister presented a relatively good budget, with the fiscal position much improved compared with expectations of 12 months ago and the public debt ratio, though still unsustainably high, now seen stabilising earlier and lower.

And, importantly, the government is finally showing progress on long-promised growth-boosting reforms. The auction of broadband spectrum is a milestone. So too  are ongoing efforts to unbundle Eskom’s transmission entity and make private generation easier, as well as moves to bring private operators into ports and rail. The Bank’s proactive stance, and the improved outlook for public finances and for the reform project, have together taken the pressure off for further sovereign credit rating downgrades, at least for now.

Against this backdrop, and given SA’s large current account surplus, it’s not entirely unsurprising that the rand has stood this firm against many currencies. But risks abound, and there’s no guarantee the rand’s strength and stability will last. If the geopolitical outlook worsens further and global growth nosedives (induced perhaps by even sharper increases in energy prices), that will benefit the dollar as investors turn risk averse. A similar scenario could unfold should the Russian government default on a large portion of its foreign currency debt or decides to disrupt the flow of oil and gas to Europe.

Given these risks it’s more important than ever that government uses the window provided by rising export commodity prices to accelerate its economic reform agenda and lock in reforms to the public finances. This opportunity cannot go to waste.

In this environment firms, too, need to be agile with prudent financial risk management strategies. Non-mining exporters are the most exposed to the strengthening rand. Large fuel users face a huge shock from further petrol and diesel price increases. And rising interest rates are worrying for those that haven’t yet hedged floating debt exposures.

There’s really no alternative to temporarily pausing Green Deals and other projects meant to save us in the longer term while the world focuses on ...
Opinion
4 months ago

Despite the rise of renewables, the contribution of fossil fuels to the energy mix has barely moved
Opinion
4 months ago
Next Article