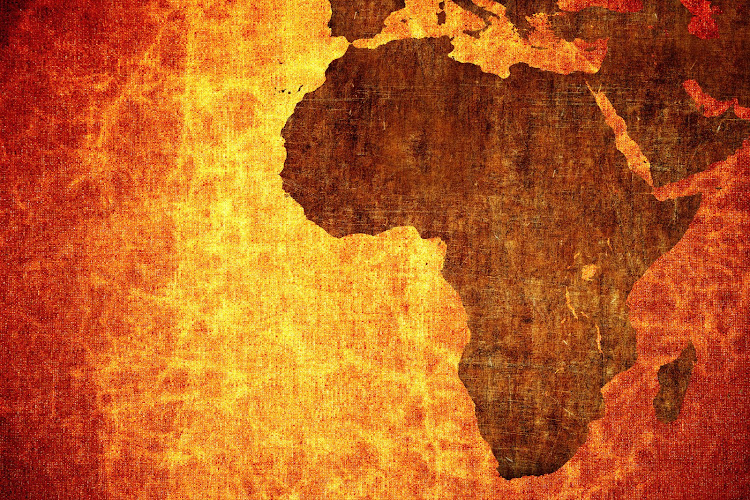 One of the major challenges with framing news about SA, and in a wider context about Africa, in Britain, is that journalists are not necessarily connected to the people, the nuances of their cultures and the areas they’re reporting on. They have a superficial understanding; thus, even journalists who have travelled to SA, Kenya, Tanzania, Nigeria or Ghana still tend to have a fairly static view of African realities and the complex and diverse nature of Africa.

I took several trips of my own, particularly to Eastern and Southern Africa, though until 1990 I was not wanted in SA by the National Party government due to my anti-apartheid stance, for which I make no apologies. I interviewed several South Africans who were opposed to apartheid, including former president Thabo Mbeki on a number of occasions while he was in exile.

In journalism, when you are approaching a news story or writing a feature, whether for radio, television or online, something that’s going to go out on social media or the traditional way in print, you are thinking of a frame. It is like a picture frame. What is going in the frame of my story? What am I going to select as important? What am I going to exclude as unimportant?

Within the story there is another aspect, and that is representation. How are you going to represent issues, countries, people and movements within your story? That is very important. One of the major problems in the way stories about SA and Africa are framed is that too many journalists have throwback inheritances to colonialism and events in the immediate postcolonial period.

There’s a very good British journalist based in Cape Town, Tim Butcher, who used to be the defence, then Africa, correspondent for the Daily Telegraph. He recounts that a veteran journalist at that newspaper indicated to him that “when you go out to Africa, remember there are only two things we want to know: how many dead, and what tribe.” That sums up two of the basic stereotypical frames that are used to look at events in African countries, events on the continent as a whole, and certain events in SA.

They ask what tribe people belong to. I find tribe a questionable description, and it’s one I think when applied to Africa by European/North American journalists has so much baggage that even if you believe it can be used in other circumstances as a description of identity, as a frame in the media it carries such a heavy burden that it should not be used.

The burden of tribe framing is that it is generally used to imply something primitive and potentially violent, something that to the European/North American psych they have got beyond, but that in Africa, parts of West Asia and South Asia people haven’t got beyond.

I’ll give a couple of examples of why I think this is the case. In 2007 and 2008 there was violence in Kenya after the elections when supporters of the opposition movement, led by the man who may be Kenya’s next president, Raila Odinga, came onto the streets to protest against the incumbent president on suspicion of election fraud.

This was a political struggle between rival political movements. Yes, they had power bases among particular communities in Kenya, but they weren’t protesting against the president, Mwai Kibaki, as a Kikuyu, or some of his supporters as Kikuyu. They were protesting against the alleged theft of the election. Yet someone I held in high regard described it as “primeval tribal bloodshed, the worst bloodshed we’ve seen for years in Africa.” Not in Kenya, in Africa. It had to be Africa, because she widened it out to get the frame of Africa.

We are still facing the possible break-up of the UK in what if double standards were not the order of the day, the newspapers would be framing as Scottish tribal separatism. But it’s not framed in that way, it is framed as Scottish nationalism.

When corruption is reported about countries in Africa it is described as though there is no corruption anywhere else in the world. I know there’s the expression in SA, “tenderpreneurship.” These well-connected individuals are accused of getting preferential treatment in being awarded tenders and government contracts. This may be corrupt, and money may pass hands. But it happens in Britain as well. And the corruption frame is used widely as if it were completely unique to SA.

The crime frame is used especially when reporting crimes that occur in SA. I’ve been to SA about a dozen times since 1990, when I was allowed in again as a BBC journalist. In those 12 times I’ve never been threatened, I’ve never been robbed and I’ve never really felt unsafe. I know violent crime is a serious problem, but it is not the distinguishing characteristic of SA. And yet the crime frame comes up even in stories that may be about a crime but are not about the wider issue of crime.

I can remember when the para-athlete Oscar Pistorius shot and killed his partner. It was the sort of appalling domestic violence that happens across the world. And yet in the British media it was reported as something almost purely South African. It fell into the crime frame, though in my view it didn’t. It was a crime that fell into a global domestic violence frame.

Yes, SA has political problems, there is still violence. But look where you were in 1990 and the progress SA has made. It is something that should be highlighted and celebrated. but to a certain degree successes about countries in Africa are ignored.

You get the disease frame or the famine frame. With the disease frame, something that jumped out at me recently was when South African medical scientists isolated the Omicron variant. They achieved something that should have been highlighted as a success. Instead British newspapers carried stories saying, “super vaccine-resistant Omicron variant runs wild in Botswana and is going to sweep across SA in a way you’ve never seen.” Suddenly, Covid-19 was fitted into a wider frame that said “Africa is the continent of disease, Botswana is now breeding this super mutant and it will sweep across SA.”

When you look at the figures this was not accurate. Britain’s daily Covid-19 infection rate was vastly above rates almost anywhere in Africa. Certainly higher than SA and Botswana, and the death rates have been enormous. Yet in Britain this is a pandemic; in SA, Southern Africa and other parts of Africa, it is Africa and disease.

The other disease frame example was related to the African singer Angelique Kidjo, who in 2014 was leading a concert in honour of legendary musician Miriam Makeba, known as Mama Africa in Europe. Some people remarked on social media that this concert should not be called Mama Africa, it should be called “Mama Ebola,” a disturbing characteristic to say the least.

What is happening to Ukrainians is terrible, but the coverage of the refugee crisis in Ukraine has also been appalling when you consider the way it is reported compared with the way the conflict still going on in Tigray, Ethiopia, is being reported. Ukrainians have names. They are interviewed. Tigrayans and Ethiopians are “just a mass of more Africans in trouble, and they’re in trouble because the continent is a basket case”. Which of course it isn’t, but that is the way it is presented.

The plight of foreign students in Ukraine has been underreported. I don’t think I’ve seen anything on the BBC, other than its Africa website. It’s not getting in the newspapers. Poland has been praised for taking in refugees, and of course it should be praised. But it has also been keeping out African students. It’s part of a constant double standard that continues to persist in the framing of international news stories. Cultural proximity is an important phenomenon, and cultural proximity easily melts into racism. People will praise Poland due to the close cultural proximity, but when did you hear people praise Tanzania, for example, when it took in refugees from Rwanda and Uganda? In the Middle East you don’t hear Jordan being praised for taking in hundreds of thousands of Syrians.

The need to establish counter-frames

The job of people in SA in the public relations and communication industry and politics is to concentrate on successes and get achievements, like the isolation of Omicron, highlighted. Africa needs to develop counter-frames in a manner that accentuates the positives. There is a tendency in journalism, not just in SA or Africa but everywhere, that is summarised by an old expression that is sadly still true: “If it bleeds, it leads.” In other words, violence is interesting, whereas solutions to violence are not necessarily worth reporting.

The only violent news stories I can remember that didn’t lead in that way were during the period immediately after the 1994 elections, which I reported on directly from SA. The world saw late president Nelson Mandela’s conciliatory approach to that violence, and this became the story. Sadly, good news stories or optimistic stories disappear like smoke in the wind, and the bleeding leads again.

• Somerville is an honorary professor at the University of Kent Centre for Journalism.

Cement sales growth in SA more subdued in year to end-March, but still above pre-Covid levels
Companies
3 months ago