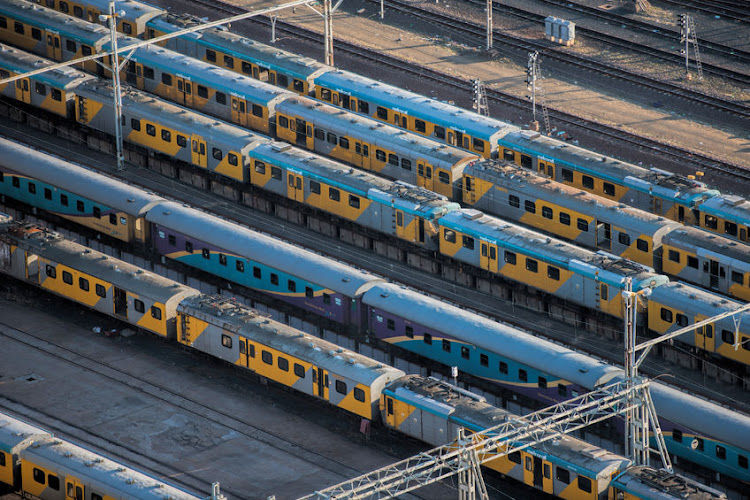 Hopes and dreams are not a strategy, and in the absence of costings, details of partnerships, timelines, budgetary projections and perhaps a sober analysis of Michael Porter’s famous five forces that affect industry and competitiveness, they will remain pipedreams and platitudes. (Porter’s five forces are the bargaining power of buyers and suppliers, the threat of substitute products, the threat of new entrants, rivalry among existing competitors and the role of government).

To effect a much-needed move from the repeated presentation of hoary old chestnuts Transnet must provide details of its financial and operational plans or central nervous system will remain imperilled.

The parliamentary portfolio committee for public enterprises on which I serve is regularly presented with plans to turn around state entities that are almost without exception in varying stages of a death spiral — with Eskom’s burgeoning debt and operational challenges leading the charge.

Transnet’s performance is also of considerable concern: despite increased revenues, up by 10.5% to R35.4bn for 2021, it posted a net loss of R78m. The plethora of presentations notwithstanding, we have no clear signs of any light at Eskom or Transnet.

Such concerns prompted a blistering editorial in Business Day, which evoked a response from Transnet CEO Portia Derby, attempting to diffuse some of the disquiet raised in the column (“Transnet holds back the economy”, March 7, and “How we are getting Transnet back on track”, March 21). The editorial focused on “Transnet failing miserably” in its task of getting SA’s coal to the ports, thereby failing to take advantage of higher world prices and a global shortage.

That failure resulted in coal miner Exxaro — among other miners — forfeiting R5bn in export sales. The editorial went on to highlight plummeting coal export volumes, to 1996 levels, at Richards Bay Terminal and the loss to SA of sales amounting to R30bn.

In response to the assertion that “things have got worse since Portia Derby took over in January 2020”, Derby’s reaction was: “we are getting Transnet back on track,” while admitting that the entity has reached its debt ceiling and is unable to sustain the model of monopoly over rail, ports and pipelines.

Covid-19, cable theft, rail theft, fuel theft, historic state capture, the setting aside of original equipment manufacturer (OEM) contracts for the 1,064 locomotives, and a shortage of locomotives, were blamed for the “challenges”, and the generic response is that the entity will be “more targeted and focused”.

Improvements in pipeline security were cited, but the most recent theft and contamination of vast tracks of farmland after a diesel spillage — at a time when diesel is in short supply and Eskom is severely constrained — has contributed to Eskom and Transnet Pipelines’ joint woes.

With regard to ports, we are told that “we are working to improve our reliability and volume throughput” and are assured of initiatives to deliver “strong and meaningful partnerships in containers, autos and agriculture to improve responses to demand”.

Similarly, the blanket assurance is that “TNPA’s strategy is to build a truly globally competitive container hub at Durban port”, despite it not providing details on container traffic and projections, or on prospective partners/terms of partnerships.

As for rail,  “the first objective is to bring as much freight off road”. How? At what cost? What consideration of the competitiveness of road transport increasingly relying on hydrogen powered vehicles and working infrastructure in the face of moribund rail networks? No mention of locomotive availability and theft prevention?

Nebulous partnerships are proposed across the board with scant details, other than Transnet being committed to growing the local manufacturing industry to make it globally competitive.

The economy is forecast to grow by 1.8% this year, and that will make fresh demands on these utilities. Given that an increase of 1% in the price of electricity causes the economy to shrink by 0.036%, and the continuing negative impact of Transnet on our ability to move critical goods internally and externally, we will need more than assurances that “we are getting Transnet back on track”.

At least Eskom has been more candid in detailing the dim reality it faces, with the warning by CEO André de Ruyter of a dark year ahead due to “necessary” load-shedding — cold comfort as it is to residents and businesses.

What SA needs in both sectors is an unambiguous commitment to the unbundling of these hidebound monopolies and an end to the command and control mindset of government, which has seen unending bailouts for many state-owned enterprises (primarily Eskom).

Let’s be clear, Transnet is by no means on solid ground; its group performance and financial metrics are hardly edifying. Will the penny drop? I fear public enterprises minister Pravin Gordhan is holding tightly onto it, lest its clink in the state-owned enterprise slot machine be heard by President Cyril Ramaphosa.

Thungela piles up profits but loses opportunities because of rail bottlenecks

Pledges will build investor confidence, says Ramaphosa as he nears ...

Thungela piles up profits but loses opportunities because of rail bottlenecks

Pledges will build investor confidence, says Ramaphosa as he nears ...