ROSS HARVEY: Cosying up to Russia amid Ukraine crisis will not spare SA’s economy 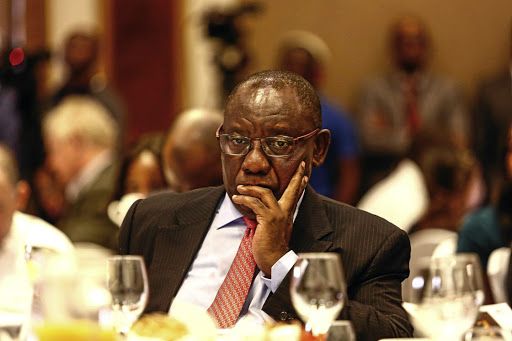 SA’s tepid response to Russia’s unprovoked invasion of Ukraine is difficult to understand. The matter was debated in parliament on Tuesday, with the government sticking to its line of urging “compromise” and negotiation, and insisting that SA should not “take sides”.

Morality aside, this response is neither in the country’s strategic interests, nor is it likely to lead to a negotiated settlement in Ukraine. It has also been a public relations shambles, with at least three different elements of the governing coalition saying different things.

In addition, President Cyril Ramaphosa’s recent conversation with Russian President Vladimir Putin was hardly a feather in SA’s foreign relations cap, given that Putin has clearly demonstrated that he is not open to negotiation. In other words, the platitudes regarding negotiation have been shown to be no justification for SA’s abstention from a special UN General Assembly vote calling for Russia to withdraw from Ukraine immediately.

As a high-stakes gambler Putin is now all-in on Ukraine and will not stop until either his troops collapse or Ukrainian President Volodymyr Zelensky throws in the towel. In the process, he is bombing civilian targets such as maternity hospitals, blocking off refugee corridors and threatening dangerous escalation. There is nothing to do from an SA foreign policy perspective except to condemn Putin’s actions. There is nothing complex about it.

What SA’s vote revealed is that Ramaphosa remains susceptible to conflating party interests with state interests. In this case, Russia’s aggression is destructive to the strategic interests of SA as a state. As far as the governing ANC is concerned, there is good reason to believe that Ramaphosa would not want to provoke Putin. 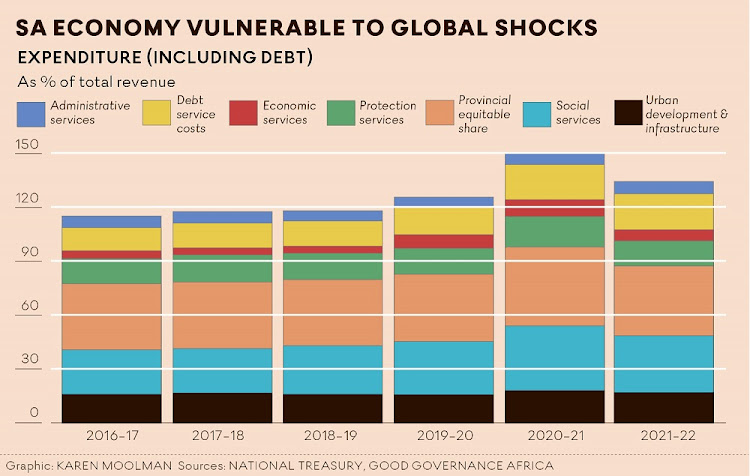 There is the Rosatom nuclear deal, which was allegedly struck in private as far back as 2013, which has not yet been delivered. We should all be grateful for that, as the country would have been reduced to little more than a Russian province had the deal gone through. Nonetheless, the pre-deal money appears to have been paid, and no doubt Putin still expects a return. There are also liberation struggle ties that are not easily severed.

From a state perspective, the devastating effects of Russia’s actions will be all too keenly felt. It is scarcely a month since finance minister Enoch Godongwana presented his maiden budget speech. While commentators were generally muted about it — perhaps silently relieved that revenues were higher than expected — the budget shows our deep economic vulnerability to global shocks. Russia’s actions have ramifications across the continent, many of which will affect SA both directly and indirectly.

First, the skyrocketing global oil price has a devastating direct economic effect. With a barrel of Brent crude now selling for $108.38, its highest level since 2014, the petrol price in rand has just hit R21/l and will be hiked further next month. This makes inputs into just about every product more expensive, food and transport being the most overt.

For the poor this is especially bad news, as it ramps up inflation in the part of the consumer price inflation basket that most matters to them. In response, the Reserve Bank is likely to feel obliged to raise the repo rate to stem import-driven inflation. Commodity price increases have historically softened the blow to some extent, but SA has failed to develop a pipeline of key minerals and metals such as chrome and manganese to take advantage of a new commodity price boom. This boom is predominantly structural rather than cyclical for the minerals and metals required for the future, though Russia’s isolation from the global system will generate a prolonged cyclical uptick too.

Second, the effect of higher interest rates (an indirect effect) is devastating for the few in SA who have disposable income and pay the lion's share of personal taxes. Not only are petrol prices higher, which will devastate domestic tourism, but interest service payments on home loans will also increase, further eroding spending power. Higher interest rates also increase the cost of domestic capital borrowing. This undermines the growth of free enterprise, which is not helped in any event by excessive red tape (which the government has at least acknowledged as a problem).

These two combine to worsen the budget picture considerably. As indicated in the graph, a significant (and growing) proportion of our budget goes toward debt servicing (a full 14%). Every time the rand weakens our dollar-denominated debt becomes more expensive to service. And every time we hike the repo rate to try to buoy the value of the currency we reduce the multiplier effect of expenditure on goods and services. The state’s expenditure on education (actually large for a developing country) is also not producing returns. Youth unemployment remains despairingly high.

On the revenue side, the picture is similarly dire. The majority of revenue is derived from income tax (37%). Only 1.6-million taxpayers provide more than half of this total, many of whom seriously consider immigration options every time Eskom switches off the lights. The next biggest component is VAT (26%). With less expenditure on the horizon, this figure is likely to decline further. Corporate tax income now provides only 17% of the total budget, showing just how little money is actually being generated by the private sector in SA. Total revenue is at R1.6-trillion, while expenditure is at R2.1-trillion. With a R500bn shortfall, the country is also funding welfare expenditure for about 18-million people with a full 17% of the budget.

To make matters even more depressing, irregular expenditure rose from 5.96% as a share of the total budget in 2019/2020 to 8.13% in 2020/2021, largely attributable to Covid corruption. This is an indictment on the state’s ability to exercise good governance, which is at the very least about ensuring transparency and accountability in the allocation of public resources.

On the matter of corruption, good news is perhaps at least at hand. Ramaphosa is becoming more vocal and has stood firm against the Judicial Service Commission by appointing Raymond Zondo as our next chief justice. Moreover, the president recently wrote that: “Those who have stolen from the state may believe that they got away with it, but their deeds will eventually catch up with them, whoever they are and whatever position they may hold.”

That kind of language is exactly what we expect from a statesman. We should expect the same kind of strong denunciation of Putin’s actions, especially given the crushing impact those actions will have on our economy and most vulnerable citizens.

• Harvey is director of research & programmes at Good Governance Africa.

The group generates less than 3% of its revenue in Russia, but now only expects growth of 2%-4% for 2022
Companies
3 months ago

Direct trade with Russia and Ukraine is small, but global prices of key products are rising, writes Neva Makgetla
Opinion
3 months ago