When your bionic enhancements lose their support network 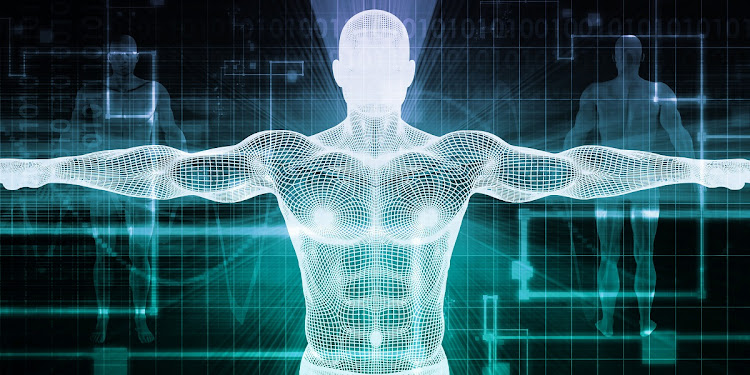 Right now there’s a bit of gold rush to get hooked up to the latest digitally enhanced upgrades — for your body and mind. From bionic eyes to replacement arms to wireless neural implants, there is an astonishing array of gadgets which can restore your sight, help you walk again, or connect your brain directly to the cloud.

It’s the bionic age. Medical and computer scientists have joined forces to create chips and sensors that integrate into your body, and connect to your nerve endings and neural pathways. Originally inspired as a way to help paralysed patients walk, and people with visual disabilities to see better, bionic devices can also monitor your insulin and keep pain at bay.

And now Elon Musk’s Neuralink is showing promise as a way to talk to your computer, just by thinking about it. Quite soon, we can expect biohackers to level up to superintelligence by connecting their brains to deep learning networks and huge data banks.

There’s always a risk with cutting edge hardware and evolving software; you have to be fairly confident that the innovators will be able to support you and provide the necessary updates. You want a lifetime support contract, and any “bugs” that emerge need to be handled swiftly.

But what if the company itself fails, or the whizz kids that invented your bionic arm or leg or eye or brain pivot into a different field entirely? You could be stuck with a device that stops working, or causes serious problems in your life.

With wearables like Google Glass it was easy enough to discard them when they became obsolete, but with implants it might be hazardous or even impossible. You could end up with “abandonware”.

No chip? No job

Natural humans are at a decided disadvantage these days. Not only are we competing with robots and smart computer systems — no-one talks about “artificial intelligence” anymore — but we also have to hold our own against people who have had an “upgrade”; augmented human beings.

Not that this comes as a surprise. For more than 30 years we saw efforts to treat all people equally gain some traction, but we all knew that you had a better chance if you were brainy, talented, beautiful, or superstrong. Nobody complained if you studied hard to get ahead, but somehow getting plastic surgery to make yourself more hireable was frowned upon.

Then came pandemic waves and virus variants; suddenly there were all sorts of discrimination, based on your origins and lifestyle, as well as medical history. You had to be vaxxed if you wanted to travel or work at big companies, and it mattered which vaccine you’d had, among other things.

But the same biotech that saved us from viruses also gave us the opportunity to enhance our physical and cognitive abilities, without going the whole electromechanical bionic route. Just a little genetic juggling and a tiny implant or two, and hey presto. You can be stronger, fitter, and much smarter than the average Joe or Jane.

And that’s where it gets tricky, because now you can buy your smarts, and that’s not fair. Or is it? In the past, wealthy people had a decided advantage growing up; access to the best nutrition, education and health care usually meant better life outcomes. But you still had to work at it. Now you just visit a “body shop” and get an upgrade. All you need is cash.

So ask yourself: What do you look for in a new hire; augmented ability, or natural talent?

• Despite appearances to the contrary, Futureworld cannot and does not predict the future. The Mindbullets scenarios are fictitious and designed purely to explore possible futures, and challenge and stimulate strategic thinking.

NEWS FROM THE FUTURE: The age of extraction is dying

Will your business survive the transition?
Opinion
5 months ago