Mining sector has critical role in the green energy transition 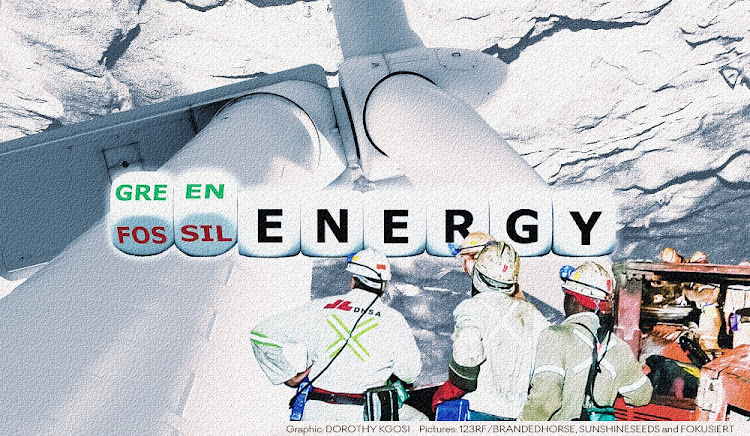 The green energy transition is the global agenda or pathway stakeholders across the world are pursuing in an attempt to transform the global economy from a pure fossil-based to a carbon-neutral energy sector.

At this point the aim is to achieve this by 2050. The transition is underpinned by several international agreements and undertakings, including the 17 UN sustainable development goals and those provided in the Paris Agreement.

While conversations surrounding the transition often focus on the actions governments are taking to reduce nationally determined contributions in the global response to climate change (including reductions in greenhouse gas emissions), nonstate stakeholders also play an important role in the energy transition. These include the actions of civil society, the private sector, financial institutions, cities and other subnational authorities.

The global community’s ability to achieve the ambition of net zero by 2050 is, however, contingent on whether different sectors of the global economy are able to reduce their greenhouse gas emissions without any further delay. The success of stakeholder efforts will largely depend on the development and implementation of green energy technologies. These include renewable power, electric vehicles and green hydrogen. The pace at which green technologies are developed and supplied to the market in many respects hinges on the production capacity of the global mining sector.

For many, the central role the mining sector must play in the green energy transition is counterintuitive. However, the point is easily illustrated if one considers that the average large wind turbine of 3.6MW contains nearly 29 tonnes of copper. In fact, all green energy technologies require specific metals and alloys, which are produced by processing mineral-containing ores. Examples of key minerals required for green energy technologies include chromium, copper, major battery metals (such as lithium, nickel, cobalt, manganese and graphite), molybdenum, platinum group metals, zinc, rare earth elements and aluminium.

Axiomatically, the rapid deployment of clean energy technologies implies a significant increase in demand for these strategic metals and minerals. At this juncture analysts estimate production rates of graphite, cobalt, vanadium and nickel are inadequate and that a two-thirds gap may exist when current production rates are compared to growing demand. Copper, lithium and platinum supplies are also inadequate to satisfy future needs, with a 30%-40% gap versus demand.

The shortage of these key minerals presents significant economic growth opportunities for nations that have deposits of the relevant minerals. A salient example includes the countries that are located on the Arabian-Nubian shield, including Egypt, Eritrea, Ethiopia, Saudi Arabia, Somalia, Sudan and Yemen.

The Saudi Arabian lithology seemingly houses the lion’s share of these minerals as the kingdom reportedly possesses more mineral resources than any other country in the Gulf region, valued at about $1.3-trillion. It has an abundance of energy-related minerals and is rich in gold, copper, phosphate, cobalt, lithium, titanium, zinc, Saudi silica and rare earth elements.

Whether everyone agrees on the role of mining is not important. What matters is whether different stakeholders are able to come together to ensure we are able to procure the required minerals in a sustainable manner to enable the green energy transition to proceed at the required pace. The applicable mineral law regime obviously plays a critical role in this regard.

To promote the exploitation of the required minerals countries need to develop fiscal and mineral law regimes that are conducive to investment. In this regard it is important to bear in mind that legal frameworks attract investors if they impose clear requirements that give rise to stable and predictable outcomes. With the rise of the environmental, social & governance obligations, the laws must also promote sustainable development.

In 2020 and 2021 we advised the Saudi ministry of industry & mineral resources as international legal advisers on the kingdom’s mineral law reform process. In collaboration with the World Bank we advised the ministry on international best practice in respect of: good public governance, including accountability, transparency, efficiency, effectiveness, responsiveness and the rule of law; a predictable and fair licensing regime to build trust and provide stability; sustainable mining operations in respect of matters related to the environment, health and safety, mine-affected communities, rehabilitation, and mine closures; fiscal regimes, including royalties and surface rental; and monitoring, inspections, corrective action plans, sanctions and dispute resolution.

The mineral law reform process culminated in the promulgation of the new Mining Investment Law, issued under Royal Decree No (M/140), which came into effect on January 1 2021. The law sits at the apex of a detailed pyramid of mineral law reforms, supported by the Implementation Regulation of the Mining Investment Law, a comprehensive set of executive regulations and guidelines that likewise came into force on January 1 2021. The law and regulations include several best-in-class mechanisms that collectively create a mineral law framework that should promote investment.

An important example of a best practice approach prescribed under the regulation concerns the licence application process, which stipulates a clear set of substantive and procedural requirements, limits government discretion and imposes strict time limits within which applications for reconnaissance, exploration and exploitation licences must be processed. A further example is the strict sustainability regime, which sets clear and predictable performance standards for mining companies while laying a foundation for a strong social licence to operate.

Among other things, the law and regulations now provide that applicants for certain exploitation licences must submit environmental and social impact studies (including social impact management plans, grievance management mechanisms, and environmental impact management plans) with their applications. Applicants are also expected to submit a rehabilitation and closure programme that satisfies international technical and operational standards and is supported by a financial guarantee.

To attract investors the ministry of industry & mineral resources has also implemented a basket of fiscal incentives, including the provision of co-funding up to 75% of investment (supported by the Saudi Investment Development Fund), a five-year royalty holiday for miners, discounts on royalties for local downstream production and support for Saudisation costs. The law reform process Saudi Arabia concluded during 2021 provides a useful case study of the approach a developing mining jurisdiction could (and should) consider, for a number of reasons:

RBPlat CEO Steve Phiri accuses Royal Bafokeng Holdings of selling out when it sold  its 32.8% stake to Northam Platinum
Companies
5 months ago

Bidvest ‘firing on all cylinders’ as Covid-19 loosens grip

Exxaro to remain on decarbonisation path despite coal-price boom

Exxaro wants to explore an offer by Eskom that will provide private firms the chance to develop renewable energy projects on land owned by the ...
Companies
5 months ago
Next Article