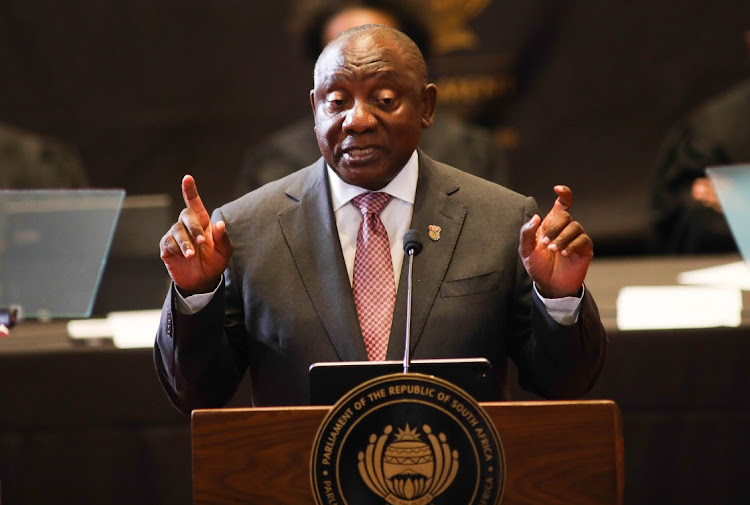 SA’s recent abstention from a UN General Assembly vote to condemn the Russian invasion of Ukraine has rightly been met with outrage across the board. From local political commentators to foreign ambassadors, and among many civil society organisations, this tacit support for an autocratic and oppressive government attacking a sovereign nation has been strongly condemned. But what is perplexing is how it has taken SA’s response to the Russian invasion of Ukraine to shine a spotlight on our country’s errant foreign policy when the SA government has been failing in its international commitments and been violating its own foreign policy for decades.

SA does not have a foreign policy, but it is widely expected that our influence on foreign affairs is rooted in our human rights-based constitution. This is a good thing, because in achieving a peaceful transition to democracy in 1994, and drafting the world’s most tolerant and inclusive constitution in 1996, it boded well to extend those ideals on the continent and use our influence to improve human rights in Africa and the world. Unfortunately, this principled approach was quickly derailed by the governing party’s realisation that constitutionality is often at odds with its own interests. Through a range of diplomatic disputes and international votes over the years, it has been the ANC’s foreign policy, not SA’s, that has taken precedence.

In May 1996 SA became the first jurisdiction in the world to protect the rights of LGBTIQ individuals. Section 9(3) of the constitution explicitly disallows discrimination against any individual based on their sexual orientation, and on November 30 2006 we passed the Civil Union Act, which paved the way for same-sex marriage. Yet on the international stage SA continually votes to stifle LGBTIQ rights, and thereby condemns these individuals to torture and death in many parts of the world.

In June 2010 Jerry Matjila, SA representative to the UN Human Rights Commission, refused to include discrimination against LGBTIQ people in a report on racism and intolerance. And in June 2016 SA abstained from a landmark vote to appoint a global LGBTIQ watchdog, labelling its sponsors “arrogant and confrontational”. In terms of LGBTIQ rights SA constantly betrays its own constitution and, by extension, its own foreign policy. Why? Because it does not serve the ANC to ruffle feathers among a fraternity of African leaders who actively persecute and kill members of the LGBTIQ community in countries such as Uganda, Malawi and Nigeria.

The blood of Africa’s LGBTIQ community stains the ANC’s hands, but is washed clean by the icy waters of African despots and their approving allegiance

In particular, it would mean spoiling relations with Russian-supported Ugandan dictator Yoweri Museveni, whose antigay bill led to the names of gay and lesbian individuals being published in newspapers to be openly hunted and killed like state pariahs. The blood of Africa’s LGBTIQ community stains the ANC’s hands, but is washed clean by the icy waters of African despots and their approving allegiance.

Further afield, SA is also signatory to the Rome Statute of 1998, which gives effect to the International Criminal Court, to arrest and prosecute individuals in member states for crimes against humanity. And yet when alleged war criminal Omar al-Bashir jetted in and out of SA for a controversial visit in 2015 SA did nothing. But most notably, and perhaps most worryingly, a 2017 ANC policy conference resolved that SA would pursue withdrawing from the ICC altogether. This is an ANC policy, taken in violation of the SA constitution and state foreign policy, to again appease the African brotherhood of despots aligned to the governing party.

But the politicisation of our foreign policy extends to the department itself. In its 2021/2022 commitments the department of international relations & co-operation recommitted to increasing foreign direct investment and improving investor confidence, an objective it has set for many years. Yet the ANC’s influence on SA’s domestic immigration policy, coupled with party-induced rampant corruption in the public service, continue to dissuade potential investment and shackle foreign companies already operating within our borders.

From impossible visa regulations and administrative collapse in home affairs to race-based policies that discriminate against skill-bearing foreigners based on nothing more than the colour of their skin, the ANC openly betrays and hinders what the department is ostensibly trying so desperately to achieve. Moreover, the application of race-based legislation in domestic and foreign policy is a gross violation of the principle of nonracialism as enshrined in the constitution. But because these policies fast-track patronage networks to abet ANC corruption, they take precedence over anything aimed at enacting a foreign policy to grow an economy that benefits all South Africans. Even in our foreign affairs the pervasive ANC policy of party before state has become glaringly obvious.

Regarding the Russian invasion of Ukraine, a tragic irony is at play. The ANC fought for decades against the apartheid regime to achieve a democratic, autonomous and free SA in which the people decide on their own country’s future. This is precisely what the people of Ukraine want and are fighting for. Which means the ANC’s support for Russia is not only a departure from SA’s foreign policy but one from what the ANC has stood for historically. This shows the extent to which the ANC has been warped and corrupted by its own interests and greed. Not content with abandoning the constitution, it has abandoned its own rationale in favour of those who enrich or support the organisation in turn. And its reasons for this are equally as baffling.

The ANC has accused those in support of Ukraine, such as the DA, of hypocrisy, most notably in comparison to responses to the Israel-Palestine conflict. To say this is a false equivalence would be an understatement, but there is something to note here. The ANC very often raises the Israel-Palestine conflict when backed into a corner or when trying to divert attention away from its own diplomatic ambivalence. This is precisely why the ANC is raising it now. But in using the Israel-Palestine conflict as a diplomatic litmus test for all other international disputes it exposes not only a lack of depth and understanding, but a lack of crucial diplomatic prowess when considering unique sets of circumstances when taking foreign policy decisions. It is nothing more than a diplomatic cop-out in the absence of a consistent and principled foreign policy.

The Zondo state capture commission, whose final report is due in April, has outlined in excruciating detail how the ANC has captured the state to enrich itself. But over the years the party has captured SA’s foreign policy too. Under ANC governance SA has replaced a human rights-based foreign policy with one that serves and advances the interests of the governing party. This would explain why the ANC openly supports Russia, a historic ally and accomplice, in all matters relating to foreign affairs. This is something the international community must consider when dealing with the government.

SA paints itself as the darling of the West while supporting despots and dictators in Africa. We call ourselves the international bastion of human rights while protecting those who commit crimes against humanity. And we endeavour to attract investment only when it serves the politically connected. I am glad the Ukraine crisis has drawn attention to this, but the international community must not tolerate SA’s captured foreign policy because the ANC’s do-as-I-say-and-not-as-I-do approach to international relations is detrimental and dangerous to us all.

• Smith is chief of staff in the office of the DA federal leader.