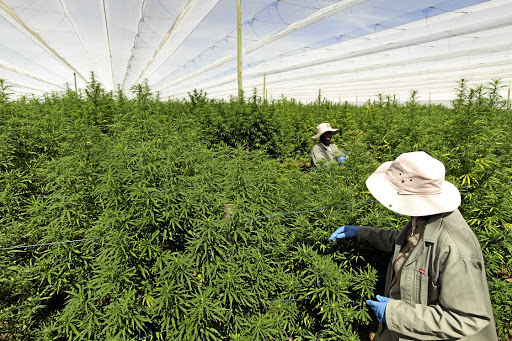 On February 10 in his state of the nation address President Cyril Ramaphosa highlighted the fact that the “hemp and cannabis sector has the potential to create more than 130,000 new jobs”. Accordingly, he said government would be “streamlining the regulatory processes so that the hemp and cannabis sector can thrive like it is in other countries such as Lesotho”.

Ramaphosa also stated that SA citizens in “the Eastern Cape, KwaZulu-Natal and elsewhere are ready to farm with this age-old commodity and bring it to market in new and innovative forms”.

The personal use of the cannabis plant by an adult in his or her private residence was enabled by a 2018 Constitutional Court judgment, which set a deadline for of September 17 2020 for legislation to be passed to this effect.

A memorandum, as well as the draft Cannabis for Private Purposes Bill, was duly published on September 1 2020, but it has not yet been confirmed when the proposed new law will be promulgated.

The Cannabis for Private Purposes Bill was drafted to give effect to the Constitutional Court decision by defining matters such as offences, convictions and stipulated amounts of cannabis that may be used for personal private use.

Cannabis is being regulated to this extent to ensure it is kept within reasonable limits and is not misused in SA. This has resulted in the prioritisation of the right to privacy regarding possession, consumption and cultivation of cannabis, while simultaneously giving rise to protection against the harms of cannabis.

Personal private use of cannabis has been decriminalised. However, the commercialisation of cannabis and any related products is still prohibited in the Cannabis for Private Purposes Bill as it stipulates that all exchanges between adults be made without consideration or remuneration.

Interestingly, at the end of the definitions section of the Act it is stated that “the provisions of this Act do not apply to any person who is permitted or authorised in terms of any other Act of Parliament to deal in cannabis plant cultivation material, cannabis plants, cannabis or cannabis product; or cultivate cannabis plants”. This appears to open the door for future Acts to deal with the commercial aspects of cultivating and dealing in cannabis.

Legislation dealing with the regulation of cannabis is the greatest challenge to date, and will continue to be a challenge in future due to the fact that this bill is restricted to personal private use and cultivation of cannabis, as well as the various criminal offences relating to cannabis. The creation of a new cannabis business sector is excluded from this bill, leaving a legislative gap for the commercial and agricultural aspects to be filled.

In addition to this, the medicinal advancement cannabis has to offer has been drastically stunted as the SA Health Products Regulatory Authority (Sahpra) has not registered any cannabis or cannabinoid-containing medicine, as well as the fact that there are only about 51 cultivation license holders to date.

Accordingly, those who want access to internationally registered medicinal cannabis products would need to go through a strict and lengthy process to obtain such products. Furthermore, legislation and regulations relating to cannabis are not being enforced, leading to many cannabis products being sold to the public even though they do not comply and are not registered with Sahpra. If the legislation and regulations relating to medicinal cannabis continue to be poorly enforced within SA this could lead to public health and safety issues.

The jurisdiction of cannabis should lie with the departments of agriculture, land reform & rural development; trade, industry & competition; and health, as cannabis-related future business falls within these three departments. If the jurisdiction of cannabis (as seen in the Cannabis for Private Purposes Bill) continues to lie solely with the department of justice it will only regulate cannabis in terms of the criminal aspects, limiting cannabis and what it has to offer our economy agriculturally, commercially and medicinally.

The Cannabis for Private Purposes Bill still has to be brought before the National Assembly for debate and is yet to be assented to by the president. In terms of the official parliamentary programme framework, the debate on the bill in the National Assembly has not been scheduled for the 2022 term.

Cannabis trade and production is already illegal in nature and extremely restrictive legislation will force people to continue such illegal business, though with graver consequences. The future legalisation and proper regulation of the cannabis industry could aid in SA’s failing economy and this is what the proposed bill fails to provide for.

As Ramaphosa promises once again to be prioritising cannabis in 2022, South Africans have to hope that this means the commercial, agricultural and medicinal aspects of cannabis, rather than the criminal aspects, will be advanced.

• Mazzone is an associate attorney at Hahn & Hahn Attorneys.

Company CEO says apart from the legal CBD market, recreational use could send the cannabis industry sky high.
Business
4 months ago
Next Article