Futility of magical thinking when climate evidence is all around us

There can be no more ‘business-as-usual’ as extreme weather events are occurring at an increasingly rapid rate, and it's mostly human-made 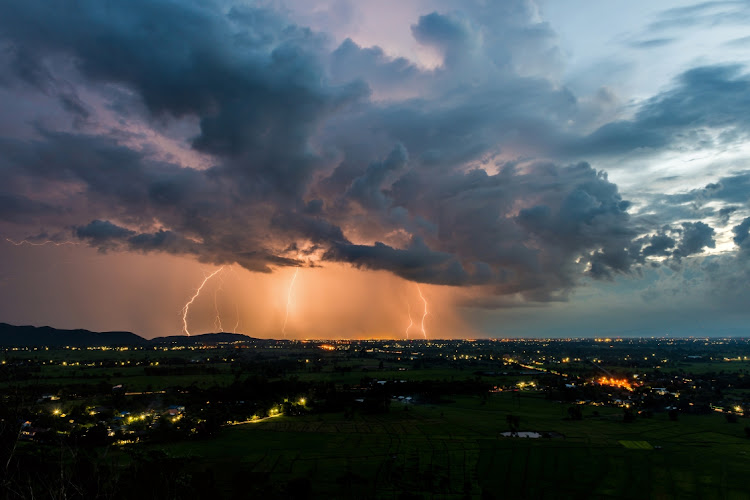 Mike Schussler and John Fraser’s opinion piece on the protests against offshore seismic blasting (“It’s time to show smug greenies the red card”, February 10) and Patrick Bond’s thoughtful response ("‘Red card’ the environment? Rather apply full-cost accounting”, February 15) focused on economic arguments, and so did not directly address what the “fuss” is really about. To subvert Bill Clinton’s original sound bite: “It’s the physics, stupid!”

Over the past three years a noticeable shift has occurred in the global mainstream media: phrases like “the climate crisis”, “net-zero by 2050" and “just transition” have become part of the vocabulary of articles and reports across the socioeconomic-political spectrum. What is lacking is a clear-headed acknowledgment of the urgency with which (the global) “we” need to act based on a well-developed understanding of physical science.

The physical forces at work on our planet operate outside the sheltered silos of our economic and political paradigms and opinions. A concept that has become increasingly useful in seeking an understanding of what our future holds is that of the “Earth system”: the interactions between the land, oceans, atmosphere and biosphere occupying the outer surface layers of the planet we live on. Ignorance of the physical reality of the operation of this system makes it easy for intelligent and thoughtful people to stray into a landscape of magical thinking.

A brief summary of the Earth system and its current state of instability is required to place this entire debate in its physical context; here it is: both energy and physical substances are exchanged among the four components of the Earth system. Because of anthropogenic global warming resulting from human-made emissions of greenhouse gases (GHG), the atmosphere has captured excess heat. This excess heat has flowed naturally into the oceans and onto the land. The degree of heating has recently started causing permanent loss of crop productivity in various parts of the planet, coupled with rapidly increasing instability in the climate system that has remained stable for the past 12,000 years (which is why human civilisation has been allowed to expand in the way it has). Extreme weather events are occurring at an increasingly rapid rate, with far greater violence and damage, due explicitly to the changing climate.

It is inevitable that further heating will accelerate crop loss and other forms of devastation to human societies. As detailed in major UN-sanctioned reports of the past four years, large-scale famines across the world are becoming increasingly likely as GHG emissions continue to climb. Such famines, coupled with acute shortages of water and unbearable ambient temperatures will cause mass migrations of people (the climate change-induced mass migrations from Syria to Europe and from Central America to the US border with Mexico are recent manifestations of what will become a vastly amplified occurrence).

The only way to arrest the current rapid slide to global disruption of human societies on an unprecedented scale is to halt GHG emissions. There is simply no more capacity for the expanded combustion of fossil fuels if we wish to avoid global catastrophe. This is a scientific, physical reality. All the debates about societal interests, economics and politics that do not admit this reality demonstrate either a wishful disregard or a distinct lack of understanding of the speed with which we are hurtling towards the abyss.

The “fuss” that many thousands of people have been making with respect to the extraction of fossil fuels from our oceans and land is, at its core, not about human rights (important as these are) or economic/political preferences; the fuss is about sheer survival — the survival of humans, other animals and plants. It is about the fact that the trajectory of rapidly rising temperatures that we are on is going to make the planet uninhabitable for most forms of life. On a short timescale.

The “net-zero by 2050" meme is a highly dangerous one. Psychologically, it kicks the can in our collective consciousness three decades down the road, leading many to believe that we can afford to continue extracting fossil fuels for another two decades or so (implied in the Schussler/Fraser arguments) and then, when the newly coined 2050 “deadline” arrives, we just tick all the boxes, send in the paperwork, and all will be OK, based on the convenient belief that humankind will somehow find a technological fix between now and then — something for which there is no guarantee at all.

This delusion is sharply contradicted by the hundreds of seminal scientific studies published every year, which can be very roughly summarised by stating that the most likely degree of warming over the next 75 years or so will reach 3°C-3.5°C above the historical benchmark. This calculated likelihood assumes that the actions promised by governments to reduce GHG emissions (including aiming for “net-zero by 2050") are actually implemented. A “business-as-usual” approach (where politicians continue to pay mere lip service to their stated ambitions) will lead to certain annihilation of most species currently alive on the planet in less than a century from now.

It has not seeped into public consciousness just how severe the consequences of a temperature rise of 3°C-3.5°C will be. In brief, it will reset the Earth’s surface to the conditions of the Pliocene. It is unlikely in the extreme that present global socioeconomic-political systems will even survive to 2050 if drastic action to reduce GHG emissions is not taken.

Believing humankind can continue with our fossil fuel-driven experiment without incurring utterly disastrous consequences is nothing but magical thinking. Proceeding along that path is futile. Please: read the science. As widely as possible. And act accordingly.

• Engelbrecht is a visiting senior research associate in the physics department at the University of Johannesburg. He writes in his personal capacity. Pretorius is a director of Sustaining the Wild Coast.

LETTER: Schussler and Fraser’s patronising and tired argument is past its sell-by date