Federal Reserve is biased towards Wall Street and against the frugal, whose investments are in savings accounts 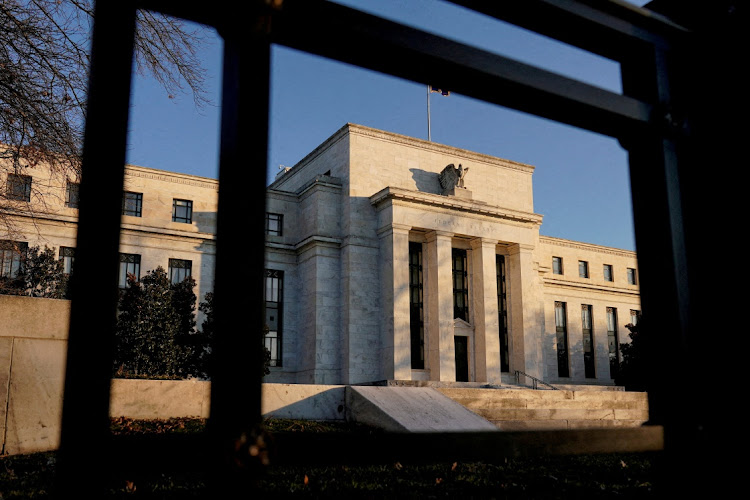 The Federal Reserve building in Washington, the US, January 26 2022. Picture: JOSHUA ROBERTS/REUTERS

The permanent institution of a central bank came to the US only in 1913, though there had been three unsuccessful attempts before then. It was, and is, a banking cartel, which goes by the deceptive moniker Federal Reserve. Conceived in conspiracy on Jekyll Island — the hunting retreat of JPMorgan, it is in practice nowadays the financial centre that directs the world’s monetary affairs.

Though the Federal Reserve is a private institution, with shareholders, the US Congress has defined its authority and structure; it is the equivalent of a British Chartered Company of the 18th and 19th centuries.

The principal business of a central bank is to set short-term interest rates, upon which all other rates depend. There is no financial institution that does not hold its breath when the Fed undertakes to make its portentous pronouncements.

Is the setting of interest rates by a central authority compatible with the free market, of which the US is said to be the foremost exponent? Interest rates are the price of money; for society, both as consumer and supplier, there is no more significant numerator. All else depends upon it, as John Maynard Keynes (the mathematician turned economist) discovered.

The question is, can this incomprehensibly complicated calculation be accomplished with any success? The answer: in the Soviet Union it was discovered, at enormous cost, that it was impossible to centrally determine the price of wheat or potatoes. What chance then the price of money?

The question is posed upon the assumption that the central bank will make an honest, or at least impartial, assessment of its responsibilities. However, this is not how it works in practice.

In 1927, shortly before the Great Depression, the governor of the New York branch of the Federal Reserve, Benjamin Strong, gave his infamous undertaking that he was about to “deliver a coup de whiskey” to the stock exchange. The result was that the stock exchange became so intoxicated that it lost its sense of direction.

The bailout was done at taxpayers’ expense, prompting commentators to observe that profits were privatised while risk had been socialised

Much more recently in 2008, with the banking crisis, and at a cost of $700bn, the US government bailed out the banks that had made recklessly incautious but profitable housing loans. The scheme only fell apart when the overextended housing market collapsed. The conduct of the delinquent banks fell within the remit of the Federal Reserve, the regulation of banks and stability of the financial system being two of its core functions. The bailout was done at taxpayers’ expense, prompting commentators to observe that profits were privatised while risk had been socialised.

Interest rates have been kept artificially low for decades, with the overt objective of supporting the stock exchange. The result has been spectacular returns for those whose investments are made there. These examples — there are others — demonstrate that the Federal Reserve has a bias towards Wall Street and against the frugal, whose investments consist of savings accounts.

A financial adviser might advise that if that is the case savers should withdraw their savings and invest in the stock exchange. But this is, of course, not a practical suggestion. Worse, it misses the import of the question. The response is not only obtuse but also callous, for the implication is that if the savers were the losers on account of the paltry interest they were receiving by decree of the central bank, they should follow the example of the winners.

The winners are, of course, the plutocrats and their fellow travellers who know how the system works. Money is borrowed, in huge sums and at an interest rate barely above zero, to buy shares, an estate in the Hamptons and a penthouse in Manhattan. Because these items are in limited supply the prices rise, sometimes exponentially. But the CEO of a Fortune 500 company has another advantage. He can get the board, all of whom have similar interests, to agree to a repurchase, with borrowed money, of the company’s shares. In a rising market this can have a profound effect upon the value of the shares, many millions of which are owned by the CEO and fellow board members.

Few observers will have missed the irony of the 400 executive jets parked at the Glasgow airport whose function was to ferry their occupants to and from the climate change conference held in that city. This opulent wealth comes from the ultralow interest rate environment created by the Federal Reserve.

But there is a cost, one that is borne by the many millions of frugal savers (salaried employees) who receive a fraction of the interest on their savings that the free market would dictate. The result is that in the US the middle class is being eviscerated. While 61% of the average adult American population lived in a middle-income household in 1971, this figure had declined to 51% in 2019. With the advent of coronavirus and huge transfer of wealth that the ill-considered response has entailed, a further deterioration has undoubtedly occurred.

Though it may appear that this is a problem unique to the US, this is not so. Some European countries, notably Denmark and Sweden, have introduced negative interest rates, meaning that at the end of the period of the investment the investor gets back less than was invested. Why, one asks, would this be done? The answer is that it is the last gasp of the Keynesian experiment, an experiment that in 80 years has gone from bad to pernicious.

According to the script people must be encouraged to spend, so savings must be discouraged. This is the extent to which the state and its agencies have come to meddle in the private affairs of citizens, and in the process to benefit only a very small minority.

• Van Schalkwyk is a retired supreme court judge. This article is based on a talk given at the Libertarian Spring Seminar at Wilderness in 2018.

Inflation modelling this century has been centred on prices excluding food and energy, removing the economy’s volatile elements — that is precisely ...
Opinion
4 months ago

DUMA GQUBULE: What I told the president about fiscal constraints

He seems to believe there is one and he has to get the private sector to pay for everything, writes Duma Gqubule
Opinion
4 months ago

While the rich can hedge against it, the indigent rely on cash, which can lose its value rapidly
Opinion
5 months ago
Next Article