NAZMEERA MOOLA: Net zero targets are critical, but proper planning to get there too

Corporates are starting to take the transition seriously, but it is unlikely to be linear or simplistic 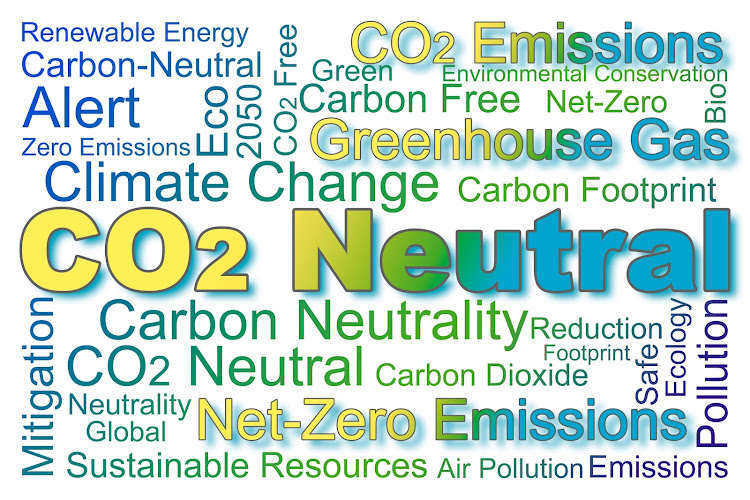 As a signatory to the Net Zero Asset Managers Initiative, Ninety One has committed to ensuring that its portfolios achieve net zero emissions by 2050. But while net zero is the critical longer-term goal, we need to see tangible progress in the shorter term. Therefore, managers that have committed in terms of the initiative are also required to set a 2030 commitment.

It would be tempting to accept that companies simply need to specify the reduction required by 2030, and for that then to provide comfort that net zero emissions will be achieved by 2050. However, the transition is unlikely to be linear or simplistic, especially for companies in carbon-intensive emerging market economies such as SA. It is sensible to remain invested in high-carbon emitters — whether countries or enterprises — on condition that investment is used as leverage to ensure they transition to net zero over time.

The good news is that we are starting to see corporate SA take the transition seriously, with several firms pledging to achieve net zero emissions by 2050. They even include companies from “dirty” industries, such as cement maker PPC, paper and pulp producer Sappi and fuel group Sasol.

The bad news, however, is that the vast majority of companies — globally, but particularly in emerging markets — do not yet have a clear plan for how they’re going to get to net zero by 2050. What we would like to see by 2030 is as high a proportion as possible of our portfolio companies with viable plans to decarbonise by 2050. 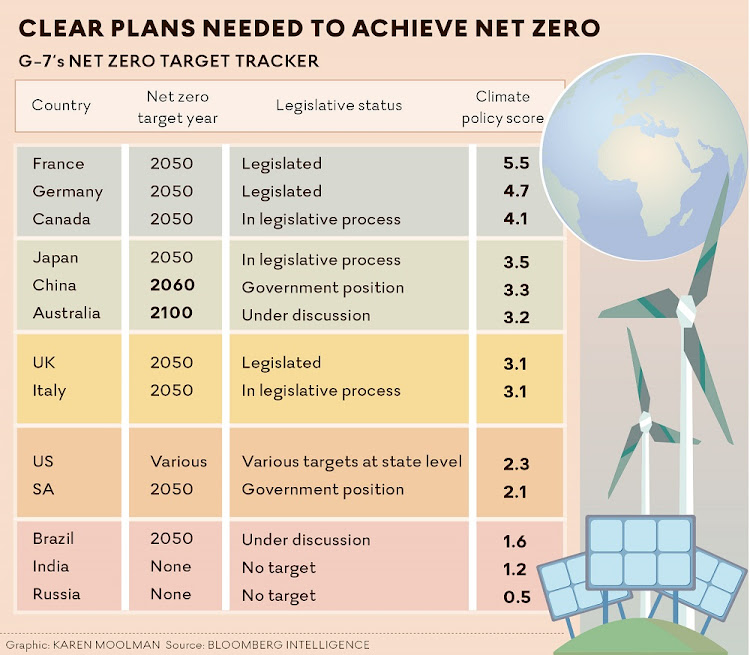 To assess transition plans, we have developed a framework that scores them on three key principles:

This is not just about the 2050 target, but about the milestones they set along the way. We believe a sufficiently ambitious plan can be achieved via one of three routes. The first — and the simplest — is if the company or country somehow manages to reduce emissions 7% a year, thus achieving the target of restricting warming to 1.5°C by 2050. Unfortunately, for most companies this linear 7%-a-year decarbonisation is a pipe dream, particularly if they are in emerging markets and in high-emission industries.

The next target we would then consider is whether the pathway set is broadly aligned with the country’s decarbonisation pathway, provided the country’s pathway is broadly 1.5°C aligned. Many are not, but that the SA government has a 1.5°C-aligned target makes it easier for us to assess targets set by SA corporates. As an aside, the only way for SA to reach net zero would be if both Sasol and Eskom, which between them account for 60% of the country’s emissions, achieve their net zero targets.

The third route is one in which modifications will need to be made for hard-to-abate sectors such as cement, and potentially parts of Sasol’s production. We are starting to see sectoral pathways being developed, which we would consider to be 1.5°C compliant. The reality is that sectors require big technological developments to achieve net zero by 2050.

The second principle on which we evaluate plans is whether the company has considered the capital expenditure requirements, the effect on revenues and expenditures of this plan, and whether they can afford it. Very few companies have fully budgeted for their transition.

By monitoring progress, particularly in the early years, we don’t simply consider the carbon reduction achieved year to year.  Rather, we look for tangible signs of progress, such as the capital expenditure or the offtake agreements for a new fuel source. Importantly, we need real progress — not just promises of future progress.

If companies can satisfy us on these three principles we would consider their transition plans strong and appropriate. For the bulk of companies, the development and implementation of aligned transition plans will take years. And for sectors this will not be possible.

In addition to these factors, companies need to consider the effects of the transition on their employees and the communities in which they operate. This increases the complexity considerably, but a transition that does not account for the social impact will not prove sustainable in the long run.

Outside arms and ammunition, and specific sustainable strategies, Ninety One does not have an exclusion policy. If we don’t exclude companies based on weak transition plans, the question then becomes how we integrate the assessment of transition plans into our portfolios. In our fundamental analysis, we need to establish whether risks that come from a weak transition plan are understood and adequately priced.

For example, have we priced in the potential for assets to be stranded in the future, the output of a company to fall dramatically, or taxes such as a carbon tax or a European border adjustment mechanism to be imposed?

What we are noting both globally and here in SA is that transition plan risks are priced differently across sectors. In the coal sector the pricing is clear, and multiples are a third to half of what they were a decade ago. This is because the route to clean electricity production is already two-thirds of the way there. We know renewables are cheaper; the only missing element is storage. For renewables to become viable baseload, battery costs need to come down 60% in the next three to five years.

By contrast, the world is still struggling to figure out what a viable transition plan for the cement industry should look like, which means the divergent pricing has not yet materialised. So while PPC should be commended for its broad commitment to decarbonisation, it is still in the early phases of mapping out its transition plan.

The market has already started to price in transition risks — and we expect this to accelerate. In due course we expect it to affect the pricing of government bonds. It is imperative that SA executes on its decarbonisation commitments.

Net zero offers both a threat and opportunity to SA. Neither coal nor gas will support long-term growth in SA. Instead, the abundance of renewable resources offers the opportunity for SA to build affordable power and green hydrogen, which could underpin both GDP growth and job growth in the country.

• Moola is chief sustainability officer at Ninety One.

PODCAST: Why SA’s transition to green technology is inevitable

PODCAST: Why SA’s transition to green technology is inevitable