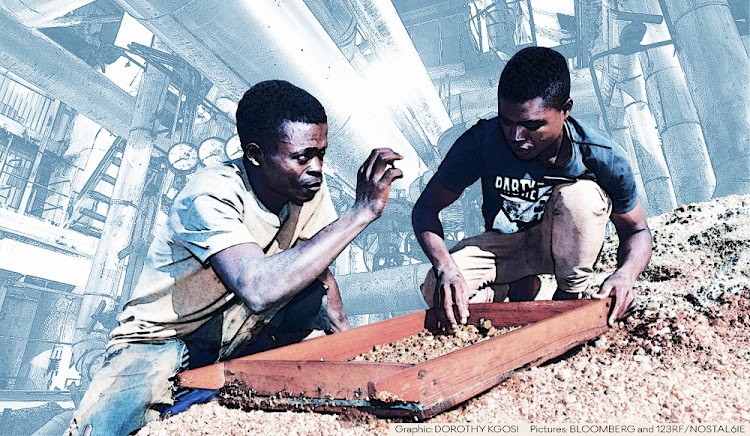 Governments are enthusiastic cheerleaders because of the huge revenues involved. However, independent research suggests oil and gas-led development is a slippery concept.

“Although vast in capital expenditure, direct employment within the O&G [oil and gas] industry is minimal ... an offshore O&G project produces fewer direct jobs than an onshore O&G project.” These are the findings of researchers Jack Pegram, Gioia Falcone and Athanasios Kolios, based respectively at Getenergy Field Ready, the School of Engineering at the University of Glasgow, and the department of naval architecture, ocean & marine engineering at the University of Strathclyde.

In a 2018 paper, “A review of job role localisation in the oil & gas industry”, the authors overviewed a broad range of experiences in job creation and local beneficiation arising from the global oil and gas industry.

You would do better to play the lottery than bet on the number of jobs an oil and gas project will create. Employment levels fluctuate throughout different phases of the oil and gas project life cycle, with little employment during exploration, peak numbers during the construction phase, few during operations and gradually decreasing in the decommissioning phase.

Offshore construction may include subsea developments, and various offshore platforms and storage and loading facilities, as well as the construction of land-based pipelines, storage tanks, terminals and refineries. After construction, these operations have minimal labour requirement and usually transform the project site into an industrial landscape, where other activities such as tourism or agriculture are incompatible.

The jobs associated with this technical work require high levels of skills and experience. But these are usually lacking within the local labour force and require oil and gas companies to use their own foreign workers and technicians.

The industry’s official solution is a concept known as job role localisation which entails the replacement of foreigners by competent host country nationals. Localisation is a fine principle and saves on payroll costs to oil and gas companies. But it brings with it snags related to trust, different work cultures and values, and unfavourable productivity comparisons.

In practical terms, successful job role localisation examples are few and far between. The concept’s targets cause the industry headaches because oil and gas operations work according to high technical standards and are geared to inflexible deliverables and targets, often underpinned by government insistence on immediate and substantial revenue income.

This allows little latitude for capacity development and skills transfer. The researchers warn that “O&G companies are notoriously risk averse when it comes to recruitment, selection and succession planning”. Furthermore, “O&G companies are unique in requiring very high technical standards of the workforce in order to avoid O&G catastrophes.”

Oil and gas companies and governments tend to conflate the interests of different players and develop narratives where “everyone wins”. However, recognising upfront that there are different interests at play is essential to developmental and equitable project outcomes. In theory, governments seek lasting economic growth, oil and gas companies seek profit maximisation for shareholders, and local people want prosperity or at least a tangible alleviation of poverty.

Strategic management of these often incompatible interests is not easy, and most governments that try to mediate these interests fail. A recent and glaring example is the performance of the Mozambique government in the Cabo Delgado region, where the mismanagement of benefits from ruby and gas extraction contributed to a growth in extremism and ultimately armed insurrection led by the Islamist group Ahlu-Sunna Wa-Jama’a.

In the oil and gas industry this would be regarded as a failure to reach and sustain a “social licence” with the local beneficiaries. A social licence requires a tangible and adequate trickle-down of oil and gas benefits to communities. This form of social charter or contract is less about sounding fair and egalitarian and more about the performance of governance institutions and the will to implement policy and oil and gas regulations.

Countries that have managed oil and gas development well include Botswana, Norway, Chile, Malaysia and Indonesia, whereas Nigeria, Chad and Angola have gone down a far rockier path. The wheels usually come off in situations of endemic corruption, weak governance institutions and social and economic polarities. Poor governance leads to a misuse of resource rents, nonproductive investment and widespread discontent.

In a 2021 report on the vulnerability of Mozambique youth to extremist recruitment, the Institute for Justice & Reconciliation noted that “a small but well-connected elite in Cabo Delgado have positioned themselves to capture what national wealth does make its way up north, including gains from the emerging liquid natural gas sector”. This was one of the reasons social cohesion fractured in Cabo Delgado and the youth, perceiving additional forms of unjust resource distribution through the gas project, became easy recruits for Ahlu-Sunna Wa-Jama’a.

It is not inconceivable that once the promises and expectations that attach to a gas project on the Wild Coast begin to crumble, youth and traditional communities in the area could turn, perhaps not to religious insurrection but a form of rebellion or secessionism based on reclaiming control of the area’s natural resources.

The resource governance index measured the quality of governance in the oil, gas and mining sector of 58 countries. In the 2013 index SA scored well in terms of “safeguards & quality controls” and “an enabling environment”, but only partially satisfactory in the “institutional & legal” setting.

But SA failed completely in terms of reporting practices. This means SA has “weak or failing standards of transparency (and)... citizens lack access to fundamental information about the oil, gas and mining sector”. It is also worth remembering that the index was compiled before the revelations of the extent of state capture in SA.

Chatham House, the philanthropical policy institute in London, has identified several pitfalls that typically undermine “localisation” strategies. These include failure to plan for long-term strategies for wider economic diversification and industrialisation, and limited understanding of the resource potential and how its benefit can be optimised.

Even countries with sound regulatory and legal mechanisms often fail to properly monitor oil and gas projects and enforce regulations. Whereas oil and gas revenues should be boosting tax coffers, they often end up in the pockets of national business and political elites.

The problems associated with development based on the extraction of nonrenewable resources should not take anyone by surprise, least of all our mineral resources & energy minister. These pitfalls go by many names — the “resource curse”, “paradox of plenty”, or “resource trap”. This refers to the paradoxical situation in which countries with an abundance of nonrenewable natural resources experience stagnant economic growth or even economic contraction.

This occurs when a country fixates on a single industry such as mining or oil and gas production, and neglects investment in other big sectors.

SA has a more diversified economy and is less prone to this pitfall, but the resource trap is associated with other elements such as corruption, a narrow and self-serving understanding of economic empowerment, and the tendency to treat all natural resources as “rentable”.

That may explain why minister Gwede Mantashe seems intent on taking us down the fossil-fuel rabbit hole.

• Hollands has worked on community development projects in the Eastern Cape, including the former Transkei, for more than 30 years and recently joined protests against seismic surveying along the Wild Coast.