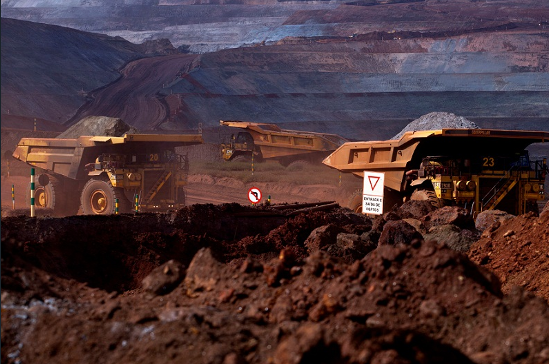 Iron ore is enjoying a rally built largely on two factors that have yet to eventuate, a renewed building boom in China and possible supply disruptions in top exporter Australia.

The spot price of iron ore for delivery to north China, as assessed by commodity price reporting agency Argus, ended at $137.60 a tonne on Wednesday, a surge of 58% since the 18-month low of $87 in mid-November.

The catalysts for the rally are effectively a fear and a hope, and together they are proving enough to give the steelmaking raw material a bullish tone.

The fear is that Australia’s supply will be affected by the Omicron coronavirus variant breaching the walls of fortress Western Australia state, which until now has been one of the few jurisdictions in the world to keep Covid-19 at bay using strict border controls.

Western Australia is home to the bulk of Australia’s iron-ore mines, which in turn supply about 70% of the imports by China, the world’s biggest buyer of the raw material.

The state recorded 24 new cases of Covid-19 on Wednesday, and while this appears a tiny number compared with the 17,316 new cases and 29 deaths recorded in New South Wales state the same day, the concern is that Western Australia is at the start of an Omicron wave. 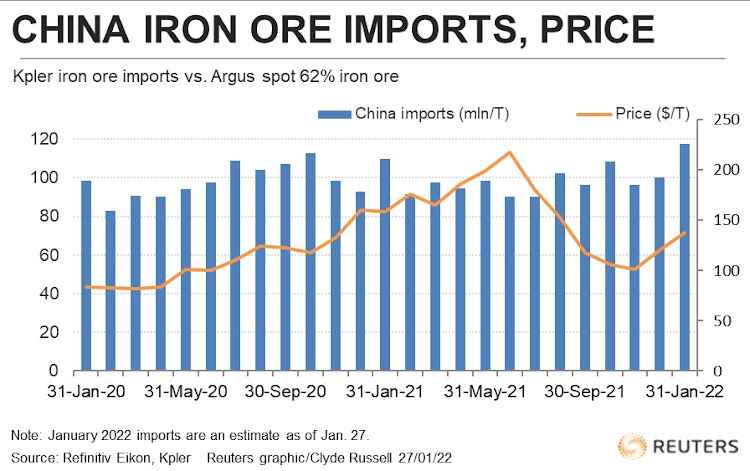 “We now have an outbreak and we’re not going to be able to get it under control,” Western Australia Premier Mark McGowan said on Wednesday.

Despite this pessimism, McGowan is still keeping his state’s borders shut in a bid to control how fast Omicron spreads, but this may also end up lowering iron ore output.

Many of the workers at the remote mines reside in other states and the big miners are concerned that some will give up their jobs unless Western Australia’s border controls are relaxed, allowing them to travel freely between the mines and their homes in Australia’s eastern states.

An additional worry for Australia’s iron ore production is the coming cyclone season, which may be more severe than usual because of the La Nina weather phenomenon, which has in the past led to more and stronger storms.

The potential disruptions are still just that, with actual export volumes holding up.

Australia’s iron-ore exports are estimated by Refinitiv at 74.13-million tonnes in January, down from December’s 80.26-million, but above 68.25-million in November and October’s 71.71-million.

The solid exports in recent months have shown up in China’s import figures, with Refinitiv forecasting January imports at 117.41-million tonnes, which if confirmed by official customs data would be the highest on record, eclipsing the official 112.65-million from July 2020.

Commodity consultants Kpler are also expecting record iron-ore imports by China in January, with their data pointing to arrivals of 117.42-million tonnes. The official data will probably show some difference as not all cargoes that are discharged in January may be assessed as having cleared customs in that month.

Steel production in China may be constrained until March, given the desire to limit pollution over the Beijing Winter Olympics and the coming weeklong lunar new year holidays.

However, once this period is over, expectations are for steel demand to rise as construction ramps up to the summer peak and as Beijing works to stimulate the economy to meet growth targets.