MICHAEL SCHMIDT: We must not allow SA’s war criminals to keep planting their flowers

Proper research into genocide, war crimes and crimes against humanity is vital not only for prosecutions of perpetrators but to create a body of knowledge within the minds of the public 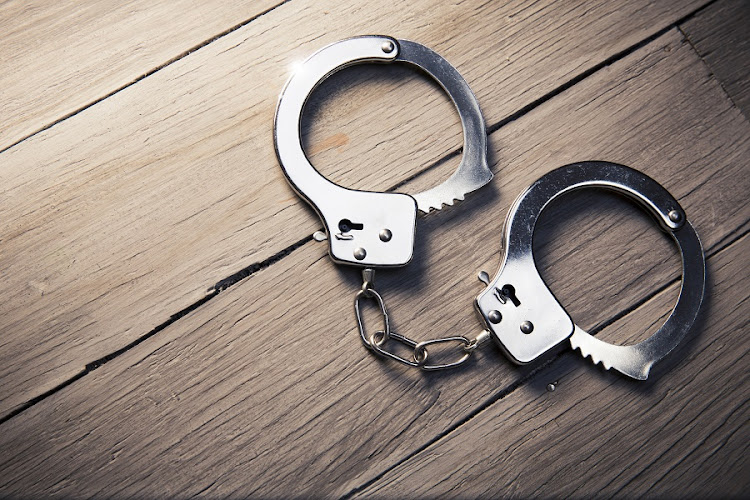 Seventy-seven years ago this week, the enormous slave labour and death camp of Auschwitz-Birkenau was liberated by the Soviet Army, indisputably revealing the scale and depravity of Nazi atrocities. The memory of its horrors still guides prosecutions of the worst crimes in the world today.

The 15 leading Nazis convened by Reich Security Main Office boss Reinhard Heydrich, who sat around a table at Wannsee in Berlin on January 20 1942 to agree on the cold-blooded bureaucratic mechanisms required to liquidate an estimated 11-million European Jews, were “normal Germans” — middle-class and well-educated, with several boasting law degrees, according to Dr Matthias Hass of the House of the Wannsee Conference Memorial Site, in a podcast earlier in January. Among them was Gestapo director Heinrich Müller, the only leading Nazi whose death remains undetermined: groundbreaking researcher on Nazi escape lines Uki Goñi once claimed to me that Müller may have escaped to Argentina via South West Africa (today’s Namibia).

The Wannsee Conference on the “final solution of the Jewish question” was recorded in what Adolf Eichmann, the SS leader who made sure the trains to Auschwitz ran on time, called “office” terms: it advocated the “suitable treatment” of those Jews who had survived “evacuation” to the East for brutal slave labour intended to kill by “natural reduction”.

Likewise, D40, the SA Special Forces unit that murdered perhaps 420 anti-apartheid detainees and suspected traitors between 1979 and 1987 by dumping them in the oceans from light aircraft, Argentine-style, spoke obliquely of the “disposal” of “packages,” or of bringing the doomed detainees “into the system”. The SA intent was not grand-scale genocide, and we know of no Wannsee-like meeting of the State Security Council under first PW Botha then FW de Klerk, at which an overarching eliminations mandate was decided — but the aim in both cases was crystal clear to those appointed to carry out the gruesome tasks.

Proper research into genocide, war crimes and crimes against humanity is vital not only for prosecutions of perpetrators but to establish a body of knowledge within the minds of the public. In the Wannsee case, it was an Auschwitz survivor, Joseph Wulf, who had fled one of the death-marches imposed on most inmates as the Red Army neared the camp complex, who in the 1950s co-authored a trilogy of books that constituted the first in-depth published research into the Holocaust, and which broke a German taboo on speaking of the mass-exterminations lying at the heart of the Nazi terror.

Documentation is crucial to proving serious mass crimes, and in the Wannsee case only one of 30 copies of the protocol marked “Secret” survived. It was found in 1947, becoming a critical piece of evidence in the Subsequent Nuremburg Trials of generals, judges, doctors, industrialists, ministerial staff and Einsatzgruppen members (it had not been in hand at the time of the primary Nuremburg Trial of Nazi leaders over 1945-1946).

In SA, Maj Neil Kriel, the founding officer commanding of D40, carefully kept his own private pilot’s log-book of the death flights and retained a copy of the “Top Secret” January 9 1981 mandate to Barnacle, as D40 was renamed (it later became the notorious CCB), to conduct “special operations of an extremely sensitive nature” including “eliminations” of designated enemies.

Wulf committed suicide in 1974, writing in despair to his son: “You can document everything to death for the Germans. There is a democratic regime in Bonn. Yet the mass murderers walk around free, live in their little houses and grow flowers.” There is a democratic regime in Pretoria. Yet in ultra-secret negotiations between 1997 and 2003, the ANC’s very top leadership plotted with the former apartheid war chiefs to ensure our own war criminals would continue to plant their flowers.

Despite the existence of the Wannsee Protocol, none of the men involved in endorsing the Holocaust were ever tried for their central role. Heydrich ate revenge, served cold to him only four months after Wannsee when he died of wounds after being attacked by Czech agents. Of the two thirds of attendees who survived the war, the last to die was SS Oberführer Dr Gerhard Klopfer, delegate of Hitler’s de facto deputy, Martin Bormann, in 1987 aged 81. In his funeral notice his family hailed “a fulfilled life that was to the benefit of all those who came under his sphere of influence.”

Likewise, not a single person has ever been tried for the crime of apartheid — codified by the UN in 1973 — and the highest ranking officer ever to be jailed for crimes committed for the regime was a mere police colonel, Eugene “Prime Evil” de Kock, one-time commander of the Security Branch’s C10 “Vlakplaas” death squad. Former law and order minister Adriaan Vlok, former Security Branch chief Gen Johan van der Merwe and three of their officers were allowed to plea bargain behind closed doors for suspended sentences in 2007, for the attempted assassination of Frank Chikane.

No senior military men — and apartheid SA was a military, not police, state — were ever convicted. The 1996 “Trial of the Generals” in which former defence minister Gen Magnus Malan, former Special Forces chief Maj-Gen Kat Liebenberg (who issued eliminations orders to D40) and their underlings were tried for conspiracy to murder — on a proven chain-of-command between Malan and a group of Inkatha killers — failed because of an allegedly deliberately sabotaged prosecution.

By comparison, in Argentina the 1985 “Trial of the Juntas” resulted in convictions and life sentences for former heads of state Adm Emilio Massera and Gen Jorge Videla, and prison terms for three of their compatriots; pardoned by a later president, the laws shielding “Dirty War” perpetrators from prosecution were overturned by the Argentine supreme court in 2005.

SA’s Constitutional Court ruled in 2005 that charges of conspiracy to murder hundreds by death flight — previously quashed in the failed trial against biochem war chief Brig Wouter Basson — were still prosecutable. Former Constitutional Court judge Johann Kriegler suggested in 2020 that the responsibility for the D40/Barnacle/CCB death flights having now been adequately proven, surely they constituted “a crime against humanity?” Yet the death flights are explicitly not among the apartheid crimes the National Prosecuting Authority is now revisiting.

Eichmann got his come-uppance in Israel in 1962 after having been kidnapped from Argentina by a Mossad team and brought to trial — as told in Isser Harel’s book The House on Garibaldi Street, which was also made into a movie. George MacBeth wrote a poem on the aftermath of Eichmann’s execution in which the Nazi’s toxic ashes, scattered beyond Israeli national waters, drift eerily on the ocean waves, eventually washing up on a beautiful tropical isle — and extinguishing all life ashore.

Our task in painstakingly detailing histories of horror is to constantly monitor recurring genocidal tendencies to ensure the Nazi virus is prevented from washing up on other shores.

• Schmidt, author of “Death Flight: Apartheid's Secret Doctrine of Disappearance”, leads the investigative team of a project looking at how the crimes of the Argentine Junta of 1976-1983 influenced the apartheid state.