When it comes to tech, it’s time to see the big picture on a big screen 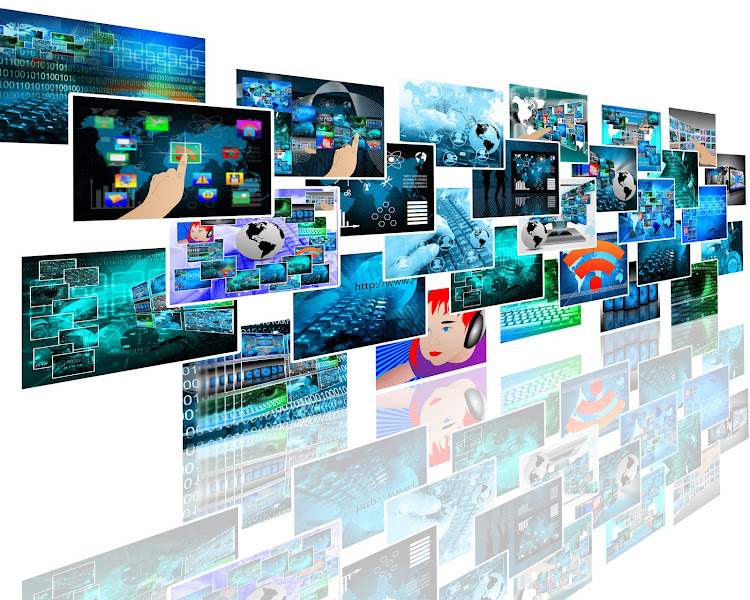 As technology whizzes by, leaving many behind, baffled and bemused, you would expect the big tech companies to have used their crystal balls to predict what products they should be developing and marketing to meet future requirements.

However, there is one serious gap. In the last few decades the way in which we access our viewing material has evolved incredibly quickly, escaping from the need to watch everything live — using the old Betamax and VHS VCRs, then on to DVDs, briefly deploying laser discs and other doomed technologies along the way.

Portable smartphones and tablets have now become as everyday as the wristwatch, which itself is often a smart device as well, or no longer worn at all in favour of the smartphone.

More and more people are streaming their entertainment on these devices and their computers, and South Africans are part of this revolution. While poorer households may be doomed to the drudgery of the SABC, those of us with a bit of cash and a laptop can access services such as Amazon, Netflix and YouTube.

So, the TV tuner is no longer a must-have in every household. In more and more homes we get our entertainment through a fibre cable, landing in a laptop computer, and streamed to a monitor.  Where’s the TV? In the dumpster. The same applies to the DSTV box. There’s no need for an integrated TV tuner; a simple plug-in monitor does the job just fine. So, where’s the problem?

In astonishing indifference to evolving consumer needs, manufacturers of electronic equipment still seem largely indifferent to the growing demand for living-room-sized monitor screens. They are available, but the choice is pretty limited and larger models tend to be very expensive.

When you buy a TV set — which invariably has a tuner in it — you are obliged to own and then regularly renew your TV licence, whether or not it has a sophisticated streaming capability. But to offload the SABC TV licence subscription one must pay an engineer roughly 10 times the value of the tuner itself to remove it and certify that it has been removed.  Only then will the SABC consider terminating the subscription — and only then under the threat of annual inspections.

Insult is added to injury by the fact that this tuner component was often an unwanted purchase in the first place. No such restriction currently covers monitors, and one would therefore expect there to be large numbers of them available with the same choice of screen size you find for TV sets. This progress may come, but it is coming very slowly, and given that they are a hollowed-out version of a TV set the monitors currently on offer are often far too expensive and the choice is pathetic.

One US electronics company, Vizio, has started to offer such devices — for which they have coined the term "home theatre displays", which is apt but also underlines the fact that such offerings are not yet available at the low end of the market.

Of course, the SABC derives much of its funding from the TV licence and is already trying to find a way to extend its net to those households that do not have a TV. However, there is a compromise, which is technically already possible and might help get around this problem.

Why not design monitors with modular options: if you just want normal TV, you can get modules for the free-to-air programmes, or instead continue to use a decoder box as many millions of DSTV customers currently already do? Any SABC levies should be related to that box or tuner, and not to the screen.

If, however, you want to just stream your entertainment, a streaming module could be added, or the viewer could link the monitor to a home cinema system of the necessary sophistication.  If you want a monitor with built-in speakers this could be made an option; if you already have an amp and speakers, you can use those.

Unless, of course, you don’t plan to watch anything through a large screen, in which case a small monitor — or the screen on your tablet, computer or even phone may be the solution. Some may even choose to watch on their smart watches, and good luck to them!

The aim of our strategy is simple: to detach the pleasure of home viewing from the tyranny of the SABC. Those who consume its services should be the only ones to be made liable for a licence fee. But those who are happy to detach themselves from the voracious tentacles of the state broadcaster will have the option of buying a monitor, without having the added financial burden of an unnecessary tuner and a rather expensive annual TV licence.

The technology is there, there is nothing illegal in what we are suggesting, and yet most electronics manufacturers are still focusing on products that meet the needs of the 2010s, and not the 2020s. Meanwhile, our prediction of future demand could provide a desperately needed stimulus to SA manufacturers.

Some big electronics multinationals are already based here, and we have proven expertise in building set-top boxes, smartphones and white goods. Meanwhile, there is excellence in our academic institutions — and we definitely need more focus on boosting local R&D.

Why not get these existing firms incentivised to produce the consumer electronic products of the future, in the same way as the auto sector in SA has been nurtured and allowed to grow into a world-class player? Let’s have an electronics masterplan. And, if possible, a corruption-free one, please?

The next big trend in manufacturing is mass customisation, with an opportunity for each consumer to order exactly what is appropriate for them, and to leave out what isn’t wanted. It is high time the manufacturers of big-screen home entertainment reached the stage where they are tuned in to demand.

We have seen the future, and it does not have to include the SABC.

• Fraser is a freelance journalist and professional couch potato, and MacDonald an IT consultant.

The minister’s apparent attempts to slap lipstick on the ANC pig are in keeping with the blind obstinacy of the average ANC politician, who seeks ...
Opinion
3 months ago
Next Article