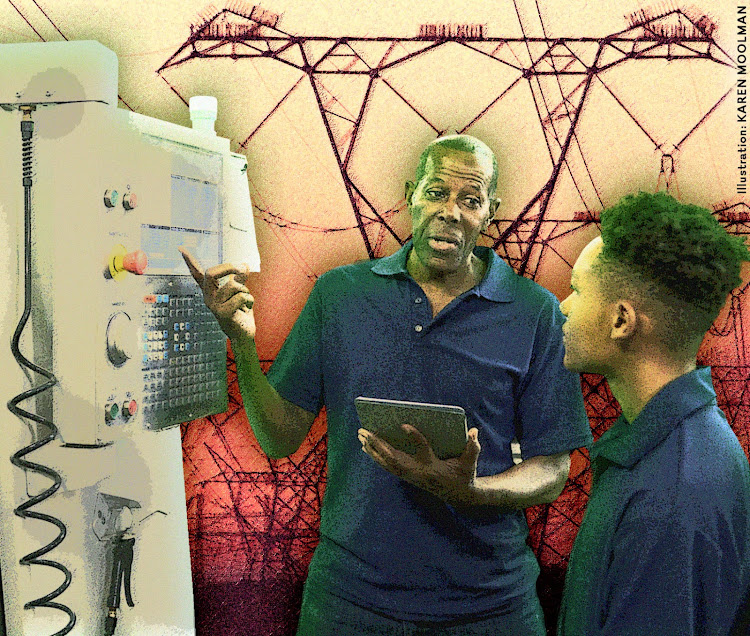 In the early 2000s, Eskom was regarded as the bastion of engineering excellence. Its employees were revered globally not just for their intellectual prowess but their technical ability too. However, with the advent of a global working environment, an international race for talent and a global credit crunch that led to reduced spend on training and employee development as well as research & development, a perfect storm was brewing at Eskom.

In 2001, Eskom was named power company of the year at the Financial Times Global Energy Awards in New York. It had an enviable workforce that some called the most educated in SA, and an impressive fleet of 78 production units that were considered to be in good working condition. Two decades later Eskom has been relegated to the B league, another failed utility plagued by corruption, vandalism and an aged and unreliable fleet.

How did we get here? Apart from a lack of policy coherence, leadership changes, corruption, state interference and mounting debt, I would like to focus on another critical aspect that is holding Eskom’s planned reform to ransom, namely inadequate maintenance. This is rooted in a lack of appropriate skills inside and outside SA, restrictions imposed by the Public Finance Management Act (PFMA) process, and inadequate funding. But even if funding were made available tomorrow and PFMA regulations were eased to allow for timeous procurement, the issue of a dearth of skills would remain.

At a recent reliability maintenance webinar hosted by energy analyst Chris Yelland several speakers remarked on the urgent need for reliability maintenance, and a key message was the way entities such as Sasol do their boiler maintenance. Sasol revealed how a data-driven risk and predictive modelling approach is used at its plants. Sasol also uses experienced original equipment manufacturers to maintain its fleet, and their modular replacement of boiler tube leaks has led to a cost saving of almost 50%.

This was encouraging as it shows that there are still local skills that can operate such a fleet. One of the key observations made by Eskom COO Jan Oberholzer was that experienced original equipment manufacturers have not been contracted, and a shortage of employees with boiler experience is further frustrating Eskom’s efforts to rehabilitate its fleet.

A key element to resolving this is a renewed focus on training, learning and development through the Eskom Academy of Learning, in partnership with original equipment manufacturers as well as industry associations. The academy has its work cut out for it in the drive to resuscitate what was once an engineering centre of excellence. The focus should therefore be on partnerships with academic institutions to ensure the right talent is nurtured; students should not see a power plant for the first time when they are employed. Rather, talent identification should take place through a well-intentioned schools and bursary programme.

Furthermore, training at the Eskom academy should be targeted and updated to reflect the utility’s challenges. If the issues are boiler tube leaks, are employees and contractors being introduced to risk-based assessments of boiler tube leaks? Is predictive modelling deployed? Are they equipped to repair boiler tube leaks online? Do they know the steps to take to reduce boiler tube leaks? Are there industry partnerships with the likes of Babcock, Sasol and the Engineering Council of SA, and are they told to prioritise safety over production? Is there knowledge sharing, as mentioned by Babcock’s Thava Govender, and an emphasis on R&D at Eskom, or have funding constraints brought Eskom’s entire engine room to a halt?

The old adage goes: “What if I train them and they leave?” To which the answer is: “What if you don’t and they stay?” Well, Eskom experienced this double-edged sword; it trained the best and those employees are now working all over the world — growing other economies and contributing to their industrialisation. Now the youngsters who replaced them require training, but the coffers have run dry. It’s up to Eskom to solve this problem, not just for itself but for SA’s future prosperity.

It would be remiss of me not to mention that Eskom’s woes are compounded by the limited funding available for maintenance, let alone training and development. With debt at almost R500bn and the bulk of that guaranteed by government, it has created a burden not just for the utility but for the country. For Eskom to attract funding it needs to show a marked improvement in its financial position, which is directly linked to its ability to sell electricity. A reduction in demand or lack of supply has a direct influence on Eskom’s revenue. It is therefore in lenders’ best interests that Eskom carries out its routine maintenance, and that plants are run in a professional manner so as to avoid unnecessary down time.

This is the paradox Eskom and lenders find themselves in. The utility needs money to carry out maintenance, but lenders want a marked improvement in plant availability, among other parameters, to justify the decision to lend. Eskom is also hampered by tariff decisions taken by the National Energy Regulator of SA, which is concerned that Eskom is not controlling its costs prudently.

Despite government efforts through a R69bn equity injection (of which only a portion has been allowed by Nersa), loans from capital markets and Eskom’s own operational cost reductions, there is still a funding shortfall. This has led to calls for a sale of Eskom assets as a possible measure to ease liquidity, including the leasing of land in Mpumalanga. In addition, the 100MW embedded generation programme could see the private sector investing in up to 3,800MW of capacity. This would free up Eskom capacity, reduce load-shedding significantly and enable Eskom to decommission old plants sooner. But more importantly it will reduce Eskom’s diesel bill, an important step if it is to be consistently profitable.

If Eskom fails, the entire electricity industry will collapse in SA and Southern Africa, tainting all industry professionals and institutions. A well-run, efficient and cost-effective Eskom is essential for the local and regional economy, and for its own sustainability.

• Mashele, a former energy specialist at the Development Bank of Southern Africa, is an independent energy economist.