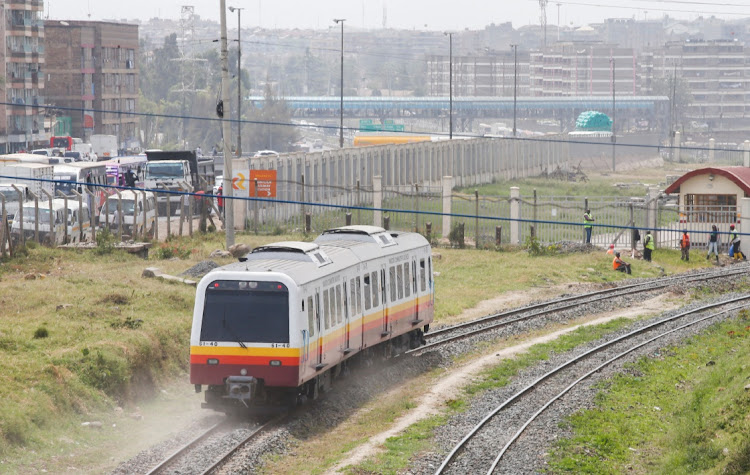 The frenzy in the international financial press on January 3 was excusable: Apple, maker of the acclaimed iPhone and many other things “i”, had its market capitalisation cross the $3-trillion mark. This was the first time in the history of stock trading that any company had achieved this feat.

For us in Africa it is mind-boggling to associate a value of this magnitude with one company. To put it in perspective, the 2021 GDP of Africa’s largest economy, Nigeria, is estimated at $440bn in current money.

GDP is the total value of a country’s economic output, commonly used by economists as an indicator of the country’s wealth. Therefore, the collective wealth of Apple’s shareholders on January 3 was almost seven times that of Africa’s wealthiest country.

To give another example, Kenya’s total budget for the 2021/2022 fiscal year was 3-trillion Kenyan shillings, about $27bn at the current exchange rate. Apple’s shareholders could thus finance Kenya’s annual budget 100 times over. Yet, “poor” Kenya cannot afford it and must borrow almost 31% of its total spending requirement.

The situation is much worse for smaller economies in Africa and pretty bad for the region as a whole: at about $4.44-trillion, the purchasing power parity (PPP)-adjusted GDP for the 46 countries in Sub-Saharan Africa put together is only about 1.5 times Apple’s value.

PPP adjustment is commonly used to derive a comparable GDP that takes into account the living standards in regions/countries of interest. Thus, it is more meaningful for comparing countries or regions than the absolute value of the GDP.

The small size of Africa’s economies is worrying. Take a few examples: World Bank data shows that the 2020 PPP-adjusted GDP per capita, an important economic development metric, for Sub-Saharan Africa stood at $3,713, compared with the world average of $16,177.

That is, the living standards of the average world inhabitant is at least four times higher than that of the average African. Sub-Saharan Africa commanded a paltry 3.4% of the world’s PPP-adjusted GDP.

This suboptimal performance relative to Africa’s natural resource endowment can be attributed to many things, including financial development.

Economies finance their growth in two broad ways: traditional negotiated finance (usually bank-based) which is dominant in countries such as Japan and Germany, and market-based finance (stock and bond markets), dominant in Anglo-American settings.

Sub-Saharan Africa has tended to lean towards the traditional approach. However, the institutional infrastructure necessary for this financing model to function effectively has been inadequate, meaning that the cost of finance has tended to be above the rates that would be implied by efficient demand and supply forces.

In practice, the bank-led and the market-led financing approaches are complementary. For instance, a study conducted back in 1986 finds that a stock market listing plays signalling and bonding roles for the listed firm, thereby strengthening those firms’ access to debt capital, including bank funding, at a relatively affordable price.

Therefore, many countries have now found it worthwhile to try a combination of market-based finance (public equity and public debt markets) and bank-led finance models. In this regard, stock and bond markets have lately begun to mushroom on Africa’s economic landscape.

These markets are key in provisioning affordable finance to power growth. Without adequate finance Africa’s long-awaited economic take-off remains a mirage given the abundant evidence that suggests a close relationship between financial development and economic growth.

Public debt and equity markets are designed to provide non-intermediated long-term debt financing to economic agents appropriating a deficit in ways that avoid periodic renegotiation and attendant rollovers that are typical of private debt-type (bank-based) finance.

Yet these markets have not been operating optimally in Africa. So, what ails Africa’s capital markets? First, though most of Africa’s stock exchanges have adopted electronic trading and clearing and settlement systems, an important limitation bedevilling its public equity markets is their small size and relative illiquidity.

Small size and illiquidity work together to discourage investor participation and therefore defeat public markets’ main purpose of price setting and liquidity, both of which are necessary for capital mobilisation and capital provisioning for development.

Second, a worrying feature of Africa’s public debt markets is their poor depth and the low maturity profiles of their issues, whose typical average tenure ranges between three and five years.

A low maturity structure defeats the purpose of providing firms with an alternative, more affordable, source of financing of capital projects, especially lumpy projects with long gestation periods such as infrastructure.

The question, therefore, is what needs to be done to avail sorely needed finance to power economic growth in Africa. Insights are offered by some of Africa’s lead thinkers on this subject in a recent book.

One possible way of addressing the problem of size and illiquidity of equity markets is mandating investment of a ring-fenced portion of public pension funds in domestic stock markets (a minimum of 30% of such funds, for example).

This would both increase the trading activity of national stock markets and motivate private firms to go public to access the huge savings pool provided by such important institutional investors. In Africa, Eswatini has been bold enough to legislate such a requirement.

Second, guided privatisation of government-controlled enterprises can augment the effects of legislated investment of pension funds’ cash in fledgling private equity markets. This can help provide an additional supply of equity securities and improve the absorption of legislated pension fund flows, as some researchers have argued.

Third, to particularly attract and cater for public debt market activity, the relevant institutional infrastructure such as creditor protection and effective contract enforcement must complement the available physical infrastructure. Africa is doing poorly on this account, judging from the persistence of data indicating weak governance.

Fourth, to deepen public debt markets, states and local governments and their agencies (power and water utilities) can take the lead by floating infrastructure and municipal bonds. Such issuances can attract institutional and foreign investors through their sheer size; and hence, expand investor base; and importantly, shift the use of this market away from funding state budget deficits (mainly for recurrent expenditure) to development of economic infrastructure.

Lastly, governments can assist in deepening this market through targeted subsidisation of the market by guaranteeing securitised mortgages such as collateralised mortgage obligations (CMOs). Such an intervention should provide liquidity to bond markets (and to the banking sector) by increasing the investor base, since debt derivatives like CMOs enable hedging of debt contracts traded in the bond market.

• Kodongo is an associate professor in finance at the University of the Witwatersrand, director of the Wits Business School PhD programme, and associate editor of the Journal of African Development.