If the German Reichstag Fire of 1933 is anything to go by, prepare yourself for an unending debate 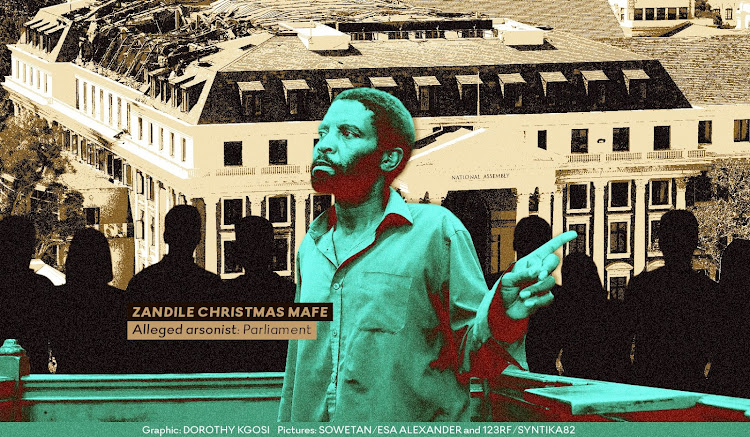 “There are forces of darkness at work”. So said Nosiviwe Mapisa-Nqakula to the SABC shortly after large sections of SA’s parliament were engulfed in flames on January 2.

Uncannily, and no doubt unknowingly, the National Assembly speaker had conveyed a message that echoed the sentiments of Hermann Göring, uttered soon after he had visited the scene of the Reichstag building fire in Berlin on February 27 1933.

“Without a doubt this is the work of communists, Herr Chancellor”, Göring told Adolf Hitler during an inspection of the site a few hours after the fire had been extinguished. A 24-year-old Dutchman, Marinus van der Lubbe, had been found in the debating chamber and been taken off to a nearby police station.

A coup could not be ruled out. The communists were a challenge to the Nazis, who had gained power only a month before the fire. Hitler appreciated the opportunity. No need for forensic specialists. The same night communists were rounded up and the following morning cabinet abrogated civil liberties across Germany.

Three weeks later an enabling act gave exclusive legislative power to Hitler and the German cabinet. Weimar was finally crushed — even before Van der Lubbe was found by a German supreme court sitting in Leipzig to have acted alone. The historian Richard Evans, who has traced the historiography of the Reichstag fire, is quite correct to contend that the Third Reich “was built on the foundations of a conspiracy theory that the communists had set fire to the Reichstag as the first act in a plot to overthrow the republic”.

This theory has never been put to bed. Learned and well researched studies have been published. Only a few months after the event Communist International propagandist Willi Münzenberg maintained that a Nazi team of arsonists led by Edmund Heines, one of the earliest members of the Nazi Party, had set fire to the Reichstag. Using the notion of cui bono or who benefits (a common pattern in conspiracy theories), Münzenberg carefully elaborated his argument in The Brown Book of Hitler Terror and the Burning of the Reichstag.

These arguments were only seriously challenged in 1959 in a series of investigative articles in Der Spiegel. Neither Nazis nor communists were responsible. Van der Lubbe had acted alone. This was reaffirmed in 1962 by Fritz Tobias, a government official and amateur historian, in a study entitled The Reichstag Fire: Legend and Reality. Tobias meticulously tore apart those who questioned Van der Lubbe alone being responsible. Two years later Hans Mommsen supported Tobias in Der Reichstagbrand, a study commissioned by the Institute for Contemporary History in Munich.

It mattered little. Conspiracists would not go away. In time, a range of new and questionable studies supported the Brown Book. Tobias in particular came in for a hammering by Croatian journalist Edouard Calic, who put the blame for the fire on the SS under the command of Reinhard Heydrich. Notwithstanding his presentation of copious detail based on expert testimony, Calic was mistrusted. The study was a fraud according to his critics. He had knowingly falsified records. The Tobias thesis survived.

Thirty years later another attempt was made to vindicate the Brown Book. In a reissue of earlier documentation provided by the so-called Committee that had been formed by Calic to investigate the origins and consequences of World War 2, Alexander Bahar gathered new expert witness accounts of the fire. Nine years later, together with Wilfried Kugel, he published Der Reichstagsbrand. Wie Geschichte gemacht wird. Despite the use of detailed investigation records, trial documents and interrogation protocols discovered in East Germany after the fall of the Berlin Wall, the book failed to convince.

Many thought the matter had finally been put to rest in 2008 by the journalist Sven Felix Kellerhoff. In Der Reichstagsbrand. Die Karriere eines Kriminalfalls, Kellerhoff carefully unveiled contradictions in the conspiracy case. However, this did not prevent American lawyer and historian Benjamin Carter Hett from reigniting the controversy in 2014. In Burning the Reichstag Nett re-examined evidence presented by those involved,  as well as eyewitness testimony, and concluded that the fire was not “a blind chance, an error” — as Tobias had put it.

The story did not end there. Three years ago conspiracist ranks were reinforced by the revelation of a 1955 notarised document dated November 8 1955, written by Brownshirt Hans Martin Lennings. Lennings claimed involvement in the alleged plot and was convinced Van der Lubbe had not acted alone.

Lennings explained in his affidavit that he had participated in plans to set fire to the Reichstag but when arriving on the scene to drop off the chief arsonist, smoke was already billowing from the building. Someone (later identified by Lennings from a photograph as Van der Lubbe) was leaving the scene of the crime. Adding weight to this claim, the affidavit was declared authentic by the prosecutor’s office in Hamburg. On closer scrutiny, however, the affidavit was shown to contradict a mass of other reliable statements.

What all this illustrates is the ease with which one can construct a conspiracy theory and demolish it with other conspiracies. Aspersions are cast at every opportunity on the motives of authors and the character of witness testimony. Often detailed (and conspiratorial) explanations are provided as to why a witness should not be believed.

We will no doubt see similar developments in the wake of SA’s parliamentary fire. And we can be sure it will ignite accusations, counteraccusations and conspiratorial thinking. Questions raised ensure this will be the case.

Was our Van der Lubbe — the hapless Zandile Christmas Mafe — acting alone? Was he carrying explosives, parliamentary documents and laptops at the time of his arrest? Was he allowed to enter the parliamentary precincts? Were the sprinklers operating? Were the security cameras working? Was there a lapse in CCTV coverage? How did the penniless Mafe arrange for a private lawyer? Many more questions will emerge.

Like the Reichstag fire, there is a broader context. Internecine battles within the ANC will come into play. In SA’s charged political atmosphere conspiracies will flourish. Already the SACP has linked the fire to last week’s hammer attack on the Constitutional Court, and to last July’s insurrection. They “smelled a fish”, said Blade Nzimande.

Thuli Madonsela has similarly suggested that the fire appeared to be strategic. “These fires — too many of them in strategic places — are an uncomfortable coincidence that needs urgent attention,” said the former public protector.

Even a mysterious Freemason symbol and Star of David (visible on the Lodge de Goede Hoop close to Tuynhuys and dating back to the early 19th century) have been associated with the events of January 2. Why are so many Freemason venues being razed to the ground of late, it has been asked?

If that sounds whacky, you ain’t seen nothing yet.

Hailing building’s destruction doesn’t erase its heinous history, but it does dishonour those who liberated it
Opinion
6 days ago