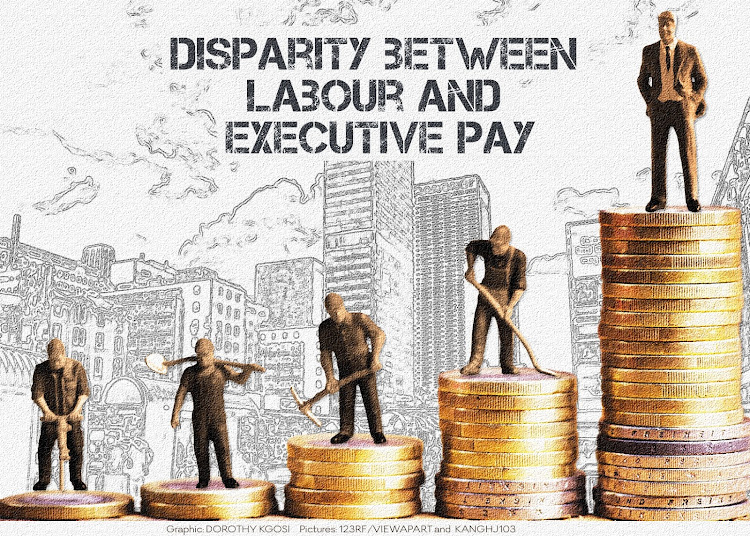 The Future We Chose scenarios constructed by the government in 2008 produced three potential outcomes for SA by 2025. Compared with the Memories of the Future scenario process undertaken seven years earlier, the 2008 exercise produced less-optimistic options, with Muvhango as the worst-case outcome. This projected SA into an “age of anything goes”, in which “money fixes everything”.

Unsurprising, the release of the first instalment of the Zondo commission report played into the conventional wisdom that SA’s economic problems are due to the triple affliction of unemployment, inequality and poverty. But this could not be further from reality; these are mere symptoms of a far deeper economic, social and political malaise.

SA’s main economic challenge is that it is unable to compete in the world. This leads to the broader question: has SA ever been able to compete? Put in this way, the answer is clear: no. This explains why South Africans have for decades been buying products made elsewhere by other people. It is because we have been unable to make similar products that are attractive to consumers at the same or lower prices.

Why has SA never been economically competitive? The answer is simple — inflated white salaries and wages that started in the 19th century became the norm for the remuneration of black and white professional and managerial classes in the private and public sectors.

In the days of job reservation, white SA salaries and wages exceeded salaries and wages of similar workers in the West, thus making SA products uncompetitive compared with products imported from Western Europe and North America. The world’s centre of manufacturing has since moved to Asia, and SA’s continued inflated managerial and professional salaries make SA uncompetitive against products made there too. This explains why, 150 years after the founding of the mining industry, SA exports are still dominated by primary commodities with no value added; minerals that are in the main unique to SA and therefore not exposed to competition.

The modern SA economy came into existence with the establishment of the diamond- and gold-mining industries at the end of the 19th century. To start the mining industry, SA had to import miners from the UK, US, Australia and countries in Europe. Initially diggers in the diamond mines worked for their own account, but before long mining companies were formed and white miners and large numbers of African labourers became their employees. White miners demanded and received salaries and wages higher than those they would have received in their countries of origin, due to claims of higher living expenses. This was also enabled by the suppression of wages of black workers by brute force and job reservation.

SA’s executive pay ranks the world’s highest relative to ordinary employees. On average, a CEO in the private sector commands 541 times more than the average per capita share of the national income.

These figures are relevant to SA’s prospects for achieving competitiveness. The International Comparisons Programme sheds light on this in the context of Africa’s biggest economies, in which SA comes third. It compares SA with other members of the Southern African Development Community and the East African Community as well as its Brics counterparts.

In the context of the International Comparisons Programme, a price level index is an imputation of the cost of goods and services based on purchasing power parity derived. The world average is indexed at 100 points, and countries are compared to this.

In the 2011 International Comparisons Programme, SA lost its first position in Africa to Nigeria in terms of GDP adjusted for purchasing power parity. And SA fell one more place in the programme’s 2019 report, with Egypt taking first spot and Nigeria in second position. SA’s price level index remained highest at 72, against Nigeria’s 57 and Egypt’s 27.

SA also compares unfavourably with countries in the East African Community, with Tanzania at 60, Rwanda at 59, Burundi at 57 and Uganda at 52. Regarding the Brics bloc, India is at 47 and Russia at 56 points. SA still compares favourably against China (89) and Brazil (102).

The price level index measures the relative costs of inputs in production and consumption, and overall SA is at a disadvantage. One of the biggest cost drivers is the huge disparity between labour and executive pay, but the overall cost of employees in general is part of the problem, especially the aristocracy within the public sector, which benefited hugely from the 1994 settlement.

What must SA do to overcome its legacy of inflated managerial and professional remuneration relative to its competitors, which makes SA products uncompetitive globally, leading to high unemployment, poverty and inequality? The Zondo commission investigated allegations of state capture and confirmed in its first report that there was indeed capture of the state. However, the deeper malaise that was revealed was the paucity of competence, skills and ethical leadership that could and should have provided the necessary resolve to address the three crippling above-mentioned economic symptoms.

Addressing the excesses of managerial and professional remuneration, which are by any measure out of kilter on the price level index not only in Africa but for economies elsewhere, should be the first step to improve competitiveness in the market.

• Dr Lehohla is former statistician-general and Mbeki chair of The SA Institute of International Affairs.

STUART THEOBALD: Investors should keep a close eye on the fundamentals in 2022

The persistence of distortions to trade, labour markets, retail prices and spending and saving habits mean fundamentals are still impossible to assess
Opinion
5 months ago
Next Article

Lloyds to face revolt over executive pay at annual meeting

Lloyds to face revolt over executive pay at annual meeting