DARYL SWANEPOEL: Construction sector itching to team up with government to build SA 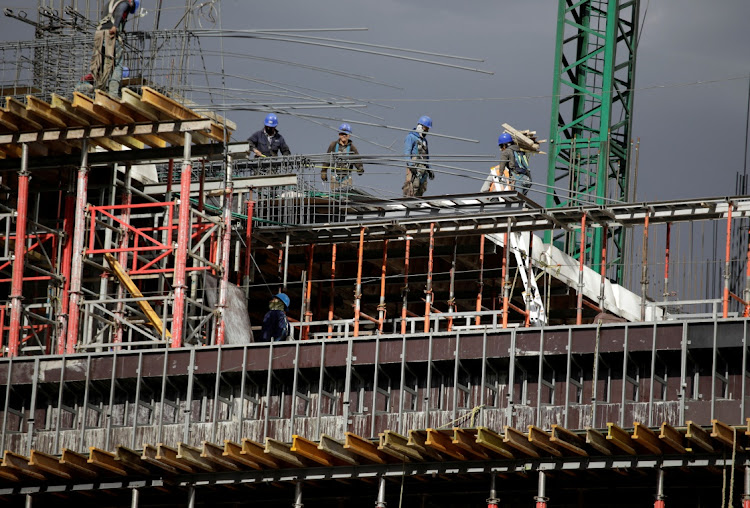 The construction industry can play a vital role in helping to restore growth and rebuild the economy after nearly two years of Covid-19 and many more of policy uncertainty, financial maladministration, poor leadership and electricity shortages.

The industry, the fortunes of which are closely linked to public infrastructure spending and well-functioning municipalities, has called on the government to give it the opportunity to put its substantial shoulder to the wheel and help drive economic development. To do so, it says, the government must be willing to forge greater partnerships and rely more on the private sector’s extensive skills and financial resources to get the cogs of the economy turning once more.

The construction industry recently participated in an Inclusive Society Institute-hosted roundtable, during which strategies for accelerated and sustainable economic growth were canvassed. Arising from this engagement, the clarion call from industry leaders was that the government cannot do it alone and that public-private partnerships (PPPs) are the only way forward.

SA must move towards an economic framework in which PPPs predominate. These have the potential to deliver better value for money and can mobilise private sector resources that would not be available from the overburdened fiscus.

As explained recently by RMB chief economist Etienne le Roux: “The good news is that big businesses now have balance sheets that enable them to respond. Most have been on a credit diet over the past year-and-a-half, and many have used the Covid-19 crisis to refocus on streamlining operations. With debt levels mostly under control, costs managed down and revenues improving as the economy rebounds, large firms have the financial wherewithal to ramp up investment. And there is evidence it is happening. In the second quarter of 2021 the private sector invested R145bn, or R35bn more than the low of a year earlier.”

The private sector is inherently profit-seeking and will invest in projects if the expected cash flows will compensate for the risks involved. However, private sector representatives have indicated they do not want to be seen only as funders of government-initiated projects. They desire a true partnership in which the construction industry and contractors are consulted early in the planning and design phase of projects so they can be well designed and specified — a surer recipe for successful execution.

Counter-intuitively, PPPs should be intentionally designed to strengthen public sector capacity over time, especially at municipal level where technical and financial skills are sorely lacking. Municipalities are often run by staff and managers who lack the professional competence or ability to do their jobs. Experience has shown that it is not always a lack of finances that is to blame for the country’s well-documented crumbling infrastructure, but rather a lack of capability to design projects and spend the available money.

In many instances, financial controls continue to be a major problem and PPPs will need to be subject to proper governance and financial management. Billions of rand are lost because of unauthorised, irregular, fruitless and wasteful expenditure, highlighting the lack of accountability, weak project management and skills deficiencies in key positions across different government levels. According to the auditor-general, irregular expenditure by provincial and national departments rose to more than R166bn in 2021. This is a crippling increase of R75bn since last year, while every cent is urgently needed.

Leadership and management failures are arguably the greatest stumbling blocks to effective service delivery and development. Apathetic officials often scupper private projects by bogging them down in a slow approval process. The Inclusive Society Institute-led discussions proposed that a council of experts be established to oversee approval processes and deal with appeals regarding approvals.

Similarly, the awarding of public tenders is complicated and slow, and the ratio of tenders that are awarded is too low. In some instances, government tenders are issued purely for speculative or budgeting reasons with no intention or ability to follow through. If the government is serious about speeding up development it must announce winners timeously after a fair and efficient process.

The construction industry is going through lean times, but it retains core capabilities that, if effectively harnessed, can play a crucial role in getting employment, growth and infrastructure investment flowing again. PPPs have the potential to activate an increased role for the private sector and bring a professional element to the project design and execution process.

To succeed, SA needs to begin to do things in new ways. As one of the greatest brains of the modern world, Albert Einstein, is reported to have said: we can’t solve our problems by using the same kind of thinking we used when we created them.

DARYL SWANEPOEL: Retail sector needs knives removed from its back

The government must tackle constraints to growth and increase ease of doing business, writes Daryl Swanepoel
Opinion
5 months ago

Policy success in three to five key areas will go further than casting the net too wide without the means or capacity to implement overly ambitious ...
Opinion
6 months ago
Next Article