BLSA wants us to take comfort that there is now an ‘increased level of oversight by Bain’ — the very people who are running an elaborate cover-up, Williams writes 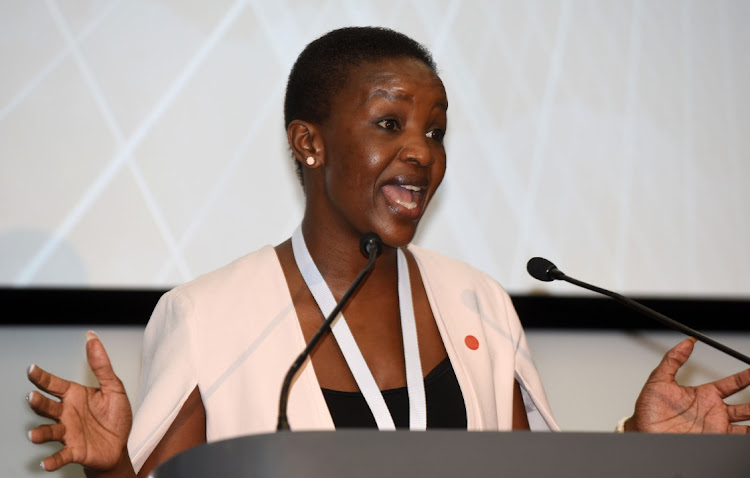 The writer argues that the BLSA board with CEO Busi Mavuso at the helm, are among South Africans defending a company that colluded to undermine the democratic state. Picture: FREDDY MAVUNDA

While SA and the world read, with outrage, the Zondo commission’s account of Bain’s “unlawful” involvement at the SA Revenue Service (Sars), Business Leadership SA (BLSA) continues to defend Bain. The organisation claims that corruption should be “rooted out, crushed and punished”, yet stands by its decision to offer Bain legitimacy of membership, even after the commission outlined the detail of Bain’s collusion with Jacob Zuma and Tom Moyane in “one of the clearest demonstrations of the patterns of state capture” and its involvement in “procurement corruption”.

Defending its decision to endorse Bain as a member, BLSA CEO Busi Mavuso states on the organisation’s website that “the work the firm undertook to redeem itself ultimately satisfied the board that it qualified to be readmitted.” Mavuso lists the actions Bain took that have impressed her and her colleagues enough to consider Bain to be redeemed, but is disturbingly silent on whether Bain has made amends for its part in disabling Sars.

Does the repayment of R200m of fees with interest compensate Sars for the vast institutional damage, which Sars is still rebuilding years later? Does this repayment compensate our society for the tax shortfall resulting from Sars’s reduced ability to collect taxes and enforce compliance? BLSA seems to think so.

The organisation seems to be singing from Bain’s hymn sheet. They would have us believe that what went wrong at Bain was the work of a lone rogue, Vittorio Massone, and a few governance “mistakes”. Bain is therefore redeemed, by BLSA’s standard, for having separated from the lone rogue and implemented a few governance measures.

Only the most naïve would believe any senior executive operates in a vacuum without the involvement of others. The fact is Massone worked in a team of people in SA and globally, all of whom are still at Bain. For example, Fabrice Franzen, mentioned in the Zondo report, who wrote the Sars request for proposal draft and led the day-to-day operations of Bain’s “unlawful” involvement at Sars, is now based in the Middle East but is most likely still involved in SA. The office where a consultant is based is irrelevant to where they work. In fact, companies often hire Bain because it can draw people from all over the world. So in all likelihood, Franzen and his numerous colleagues who fled SA as the truth began to emerge are still involved in SA.

While Bain and its newfound praise-singers claim what went wrong at Sars was a failure of governance, it is apparent that Bain’s involvement in state capture emanates from a cavalier culture and attitude of disrespect towards SA and our public institutions. Adding an independent chair to a board comprising Bain people hardly changes this.

BLSA wants us to take comfort in the fact that there is now an “increased level of oversight by Bain & Company international” — the very people who appointed, endorsed and celebrated Massone, and who are currently running an elaborate cover-up.

Mavuso recounts what they urged Bain to do when suspending the company in 2018 but is silent on the fact that Bain has not met all of these requirements, such as “appoint an independent inquiry and continue to co-operate fully with the authorities”. Bain’s investigation was conducted by Baker McKenzie, which was Bain’s legal adviser before, during and after the investigation. How does BLSA consider this independent?

Both the Nugent and Zondo commissions have criticised Bain for its lack of co-operation and continued withholding of evidence. The Zondo report reminds us that when offered the opportunity to testify before the commission Bain refused. This is a repeat of what happened at the Nugent commission, which set aside a whole day for Bain to present testimony after Massone skipped the country, but Bain refused. How BLSA determines that Bain has fully co-operated is a mystery. It has continuously thumbed its nose at our country’s pursuit of truth and justice.

The BLSA website statement continues: “Our view, based on the process we undertook with the company, is that the current leadership runs the company ethically within an appropriate governance framework, and there is nothing in the Zondo commission report that suggests otherwise.”

The Zondo Commission did not set out to determine if Bain was being run ethically, so Mavuso takes false comfort from the report. That BLSA considers a company deliberately withholding vital information from authorities that would contribute to our country’s fight against corruption and pursuit of justice as being run “ethically” demonstrates for all to see just what a distorted view BLSA has of what an ethical business is. Any company acting deliberately against the interest of society should be considered unethical and morally irresponsible.

BLSA seems to have ignored important evidence or overlooked it. Given the depth of my knowledge of the Bain situation and the detailed evidence contained in my 700-page affidavit to the Zondo commission, I repeatedly offered to present evidence to the BLSA board or comment on evidence they are considering.

This was rejected. In an online meeting, Mavuso explained that hearing from me would be inconsistent with the “process” the BLSA board has followed. My most recent offer was a day before Mavuso’s latest statement.

It is good that Bain has beefed up its governance to give its clients and SA some comfort that what happened at Sars and elsewhere will not be repeated. This is an important part of the process of redeeming itself. But without comprehensive amends, starting with full disclosure, Bain will always come up short, no matter how much BLSA defends it.

When we ask how it is that corruption and state capture persists in our country, we should look to those who are legitimising the perpetrators. The deep tragedy is this: in BLSA’s board we have fellow South Africans defending a company that colluded to undermine our democratic state. When we should be rallying as citizens to defend the country against the onslaught of state capture, these individuals are acting against our collective effort.

When I challenged Mavuso, she retorted: “I’ve communicated the BLSA [decision], which you clearly don’t like … just live with it!” I refuse to “just live with it”. It is time SA showed BLSA that it won’t either.

• Williams, a former partner at Bain, testified before the Zondo commission. He is the author of “Deep Collusion: Bain and the capture of SA.”

From estate agents to banks, many organisations turned a blind eye to the Gupta-Zuma plundering
Opinion
7 months ago

LUKANYO MNYANDA: Norman Mbazima wants to see the good side of Bain to do its ...

EDITORIAL: Bonang Mohale’s legacy of bravery shows business as a force for good

LUKANYO MNYANDA: Norman Mbazima wants to see the good side of Bain to do its ...

EDITORIAL: Bonang Mohale’s legacy of bravery shows business as a force for good