The head of The Elders writes about the 15 years she worked with ‘Arch’, first chair of the group of elderly statesmen- and women working for global peace founded by Nelson Mandela 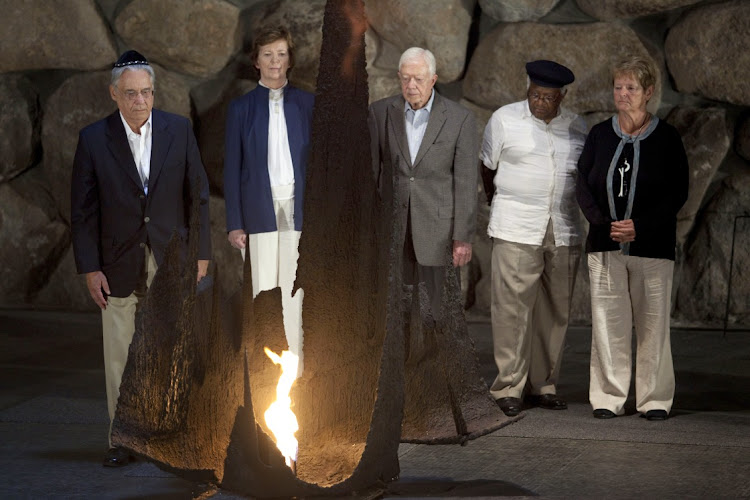 Desmond Tutu touched the lives of millions of people around the world, the vast majority of whom he had never met. For his fellow South Africans, he was a courageous fighter against the injustice of apartheid who then helped guide his country towards truth and reconciliation after the first truly democratic elections in 1994 which brought Nelson Mandela to power.

But people all over the world instinctively recognised and responded to his warm-hearted humanity and his inextinguishable commitment to justice, from the slums of Gaza to the halls of the UN.

In every context, “Arch” — as he always wished to be called, deftly demonstrating his sense of humour and utter lack of pomposity — brought forth the SA concept of “ubuntu”, that shared sense of interdependent humanity that roughly translates as “I am because you are”.

For the last 15 years of his life, I had the blessed privilege of working alongside Arch as a member of The Elders, the group of independent global leaders founded by Nelson Mandela in 2007 to work for peace, justice and human rights.

Arch was our first chair and immediately brought to bear both his infectious enthusiasm and principled determination to our work, leading delegations to conflict regions from South Sudan to Palestine. He was never one to shy away from speaking truth to power when we met political leaders, but he also always insisted on finding the time to speak to the ordinary people at the heart of these situations: the widows, orphans, marginalised and forgotten.

I will never forget an Elders’ visit to Côte d’Ivoire in April 2011 with Arch and Kofi Annan. The country was still in the throes of extreme political violence, and our immediate aim was to verify that former president Laurent Gbagbo was still alive amid rumours that he was being tortured by the military. We were able to do this, and in our small way helped put the country on a path towards peace and reconciliation.

But what really stands out in my mind is not the meetings with generals and politicians, but a visit with Arch to a church where displaced people had gathered. Arch, a man of faith to his very core, sat in that church but did not preach. He listened, he prayed with the people, he told them he loved them and that God was with them in their hour of need. He never reduced them to victims but embraced their humanity and respected their dignity.

It was a reminder to me that true peace is never won by diplomatic deals alone but by investing in everyone who has been caught up in a conflict, acknowledging their pain and defending their rights to justice and liberty.

Some years later, I was with Arch at another gathering, this time of social activists in New York. He was being interviewed by a rather stern young female journalist, who almost chastised him as to why he was always so optimistic in the face of daunting global challenges and injustice.

“Oh no, dearie”, he replied in his inimitable way; “I’m not an optimist, I’m a prisoner of hope!”

Oh no, dearie, I’m not an optimist, I’m a prisoner of hope.

Those words have stayed with me ever since, and today I am proud to call myself a fellow convict.

Arch’s words recall those of another great clergyman who really was imprisoned for his beliefs: John Bunyan. In The Pilgrim’s Progress, Bunyan wrote: “There are two types of knowledge: the first is alone in its bare speculation of things, and the second is accompanied by the grace of faith and love.”

Knowledge is essential in navigating our collective path through the challenges that lie ahead. Respect for scientific facts, the rule of law and objective truth desperately needs to be reasserted by all in positions of authority if we are to have any hope of tackling the existential threats facing humanity, including climate change and pandemics.

But Arch’s wonderful life and legacy show us the equal importance of grace, faith and love in building a truly free and fair world. Just like Bunyan’s pilgrim, Arch would “valiant be, ‘gainst all disaster”, and no discouragement would ever make him relent his determination to confront the demons of poverty, prejudice and injustice.

All of us are poorer for his loss, but forever enriched by his life and works.There can be no finer tribute to pay him than a pledge to put his values at the centre of our lives from hereon in.

• Mary Robinson is a former President of Ireland and chair of The Elders.

SA should pick up the baton of Tutu’s consistency in fighting discrimination and suppression of the downtrodden, says former UDF leader
Opinion
7 months ago

In an emotional tribute, Graça Machel on Monday bid a sad farewell to Archbishop Emeritus Desmond Tutu, thanking him for his undying service to SA
National
7 months ago

When Desmond Tutu addressed the Gesprek 2000 forum in the late 1970s, BOSS was there too, writes Johan Koornhof
Opinion
7 months ago
Next Article